The Justice Department on Tuesday ordered the forfeiture of an ancient tablet containing part of the Epic of Gilgamesh from craft stores giant Hobby Lobby, which the DOJ said purchased the tablet after it was smuggled into the U.S. and later put it on display at a biblical-themed museum. 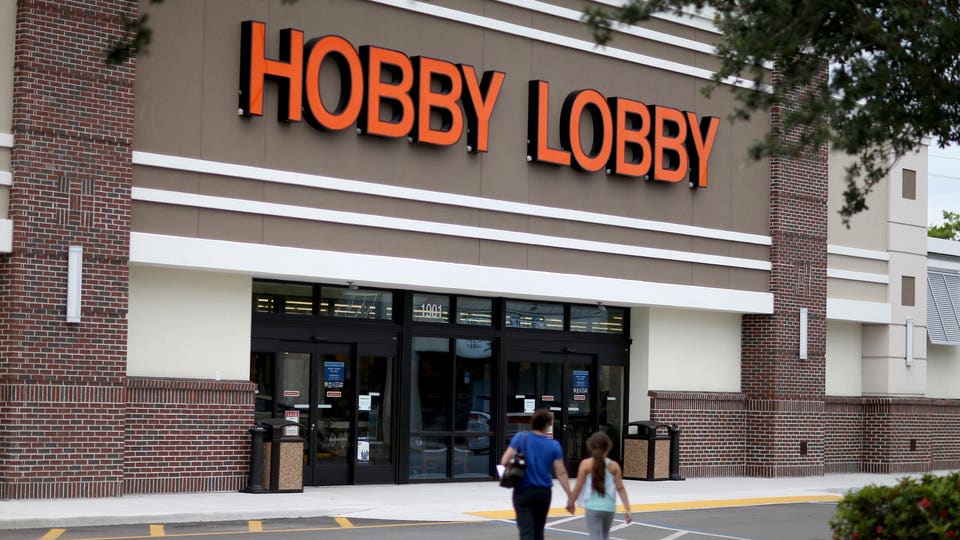 The approximately 3,600-year-old tablet, known as the Gilgamesh Dream Tablet, contains a portion of the Epic of Gilgamesh—a Sumerian poem that is among the oldest known pieces of literature.

The tablet was apparently looted from Iraq before the DOJ said it was purchased in 2003 by an antiquities dealer—which the DOJ has not named—and later sold to Hobby Lobby in 2014.

According to the DOJ, Hobby Lobby then displayed the tablet at the Museum of the Bible in Washington, D.C., which Hobby Lobby's owners largely fund.

More than $1.6 million. That's how much prosecutors said Hobby Lobby paid for the 5-by-6 inch tablet, according to NPR.

"Thwarting trade in smuggled goods by seizing and forfeiting an ancient artifact shows the department's dedication to using all available tools, including forfeiture, to ensure justice," said Kenneth Polite, the top prosecutor in the Justice Department's Criminal Division.

Prosecutors claim Hobby Lobby was not aware the tablet was taken illegally, since the antiquities dealer that brought the tablet to the U.S. used a fake provenance letter stating that the tablet was found inside a box of bronze fragments purchased in 1981. But this is far from the first time Hobby Lobby's been at the center of a smuggling scandal. Over the past few years, Hobby Lobby has turned over thousands of artifacts believed to have come into the U.S. through illicit means. In 2017, Hobby Lobby agreed to pay the U.S. government a fine of $3 million and forfeit more than 5,500 artifacts believed to have been looted from Iraq. And last year, Hobby Lobby president Steve Green agreed to turn over some 11,500 artifacts to the Iraqi and Egyptian governments after acknowledging he didn't know how the pieces came to the U.S., saying he "knew little about the world of collecting." All of the artifacts were intended to be housed at the Museum of the Bible.

Hobby Lobby filed a lawsuit against Christie's auction house in 2020, claiming "deceitful and fraudulent conduct" in selling Hobby Lobby the tablet. Christie's responded by saying any illegal activity involved with the piece "predated Christie's involvement," according to The New York Times.

The Gilgamesh Dream Tablet gets its name because its inscription describes the story's hero telling his mother about recent dreams. She interprets them as meaning a new friend will arrive, saying: "You will see him and your heart will laugh."