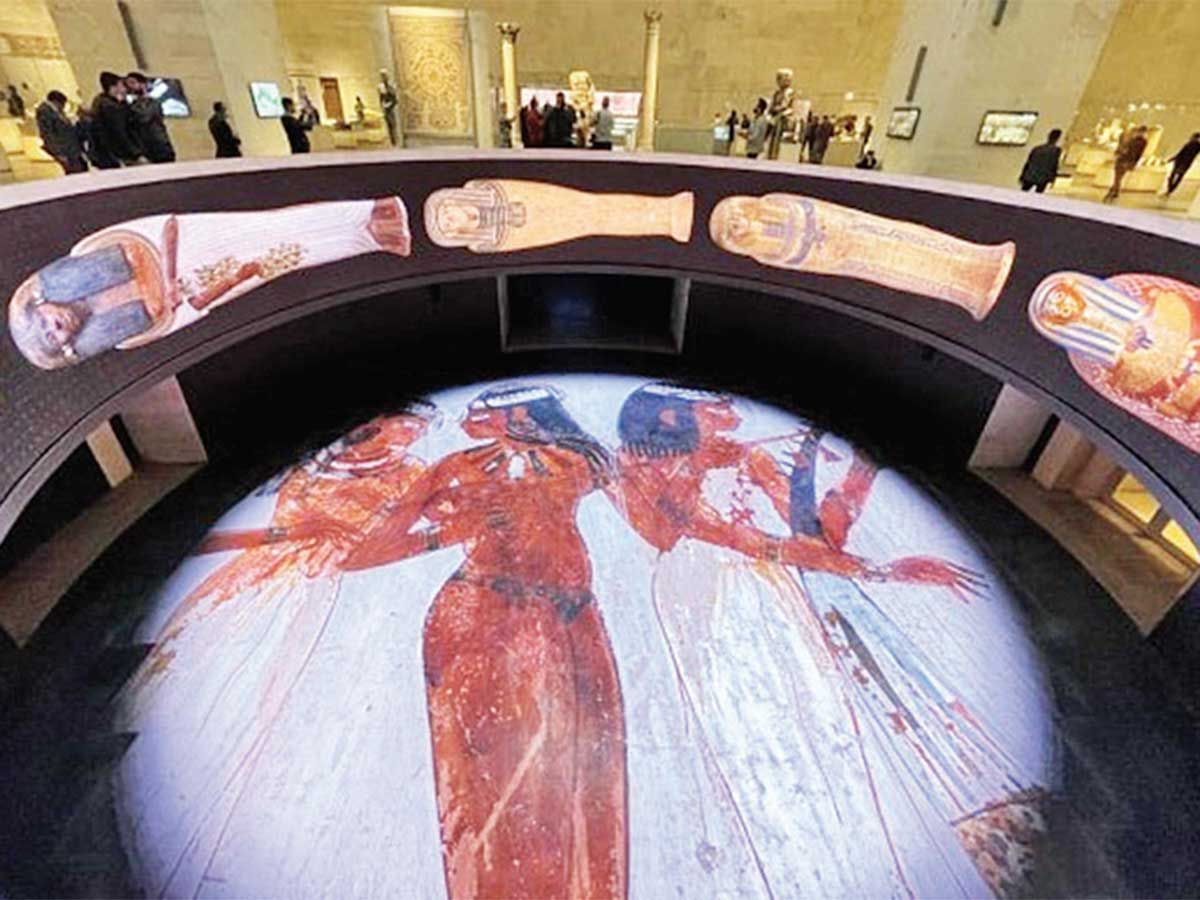 #cairo
With its dark-walled and dimly-lit open rooms, the crypt-like Royal Mummies Hall at Cairo's new National Museum of Egyptian Civilization (NMEC) has opened to visitors for the first time, displaying 20 mummies of ancient kings and queens.
The showcased mummies were among the 22 transferred earlier in April from the Egyptian Museum in Tahrir Square in downtown Cairo to the NMEC in a remarkable parade, reports Xinhua news agency.
The opening of the magnificent mummies hall on Sunday coincided with the International Day for Monuments and Sites, also known as the World Heritage Day.
"We have planned to open the Royal Mummies Hall on the World Heritage Day after restoration of the mummies," Fayrouz Fekry Selim, deputy director for management and operation, told Xinhua at the museum.
"The turnout of visitors today is high. Three Germans were the first to tour the Royal Mummies Hall after its opening," Selim added, noting that the museum has received more than 150,000 visitors since the inauguration by Egyptian President Abdel-Fattah al-Sisi on April 3.
The mummies belonged to 18 kings and four queens that ruled Ancient Egypt over 3,000 years ago.
The Royal Mummies Hall is located beneath the Main Hall. It is reached by a downward stairway at the entrance of the Main Hall of the museum.
Once inside, visitors can follow the direction arrows on the floor to go through the passages, tour the entire hall, and see all the mummies, most of which are showcased next to the coffins they were found in.
The first mummy that visitors encounter is that of King Seqenenre Taa II, followed by those of Queen Ahmose Nefertari, King Amenhotep I, King Thutmose I, King Thutmose II, Queen Hatshepsut, King Thutmose II, King Amenhotep II and Thutmose IV.
The rest of the mummies include those of King Ramses II and Queen Tiye, which amazingly still have head hair in a good condition of preservation.
Although 22 mummies were moved to the NMEC, the Royal Mummies Hall accommodates 20, which are currently on display.