Egypt to announce new archaeological discovery in Luxor on Thursday

The library's Zahi Hawass Center for Egyptology will make the announcement, in cooperation with the Ministry of Tourism and Antiquities, in the Habo area of Luxor. 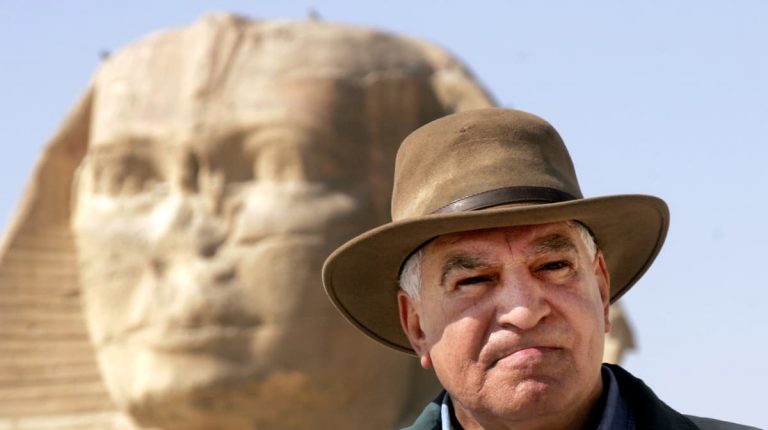 A new archaeological discovery in Luxor is set to be announced on Thursday, according to Mostafa El Feki, Director of the Bibliotheca Alexandrina.

The library's Zahi Hawass Center for Egyptology will make the announcement, in cooperation with the Ministry of Tourism and Antiquities, in the Habo area of Luxor.

The renowned Egyptologist Zahi Hawass had earlier exclusively told Daily News Egypt in an interview that he is leading excavations beside the temple of Mina Habu in Luxor, and will announce a major discovery there.

El Feki praised the efforts exerted by Hawass and the team of Egyptian archaeologists and workers, in light of the difficult climatic conditions in difficult desert areas.

They have been busy excavating the antiquities away from publicity, whatever the available facilities to discover the secrets and treasures of the Ancient Egyptian civilisation.

He stressed that, whilst most other countries of the world dig into the ground to produce water and oil, Egypt is digging to discover its history and civilisation.

El Feki added that this discovery will contribute to introducing the Ancient Egyptian civilisation and reveal the mysteries of different eras.

He explained that each new discovery removes the cover on a lot of information and knowledge that was previously unavailable, and that this will add value to Egyptian antiquities and the Alexandria Library.

El Feki said that the library is proud of the Zahi Hawass Center for Egyptology's affiliation, and that the current work in Luxor is an affirmation of Egyptian patriotism. It also emphasises the respect for heritage, and reverence for Egypt's national history in its various stages.