Visual arts Amos Rex warns that the Egyptian exhibition features the dead: “This is a tricky ethical issue” – Pledge Times

Visual arts Amos Rex warns that the Egyptian exhibition features the dead: "This is a tricky ethical issue"

by Bhavi Mandalia
in World 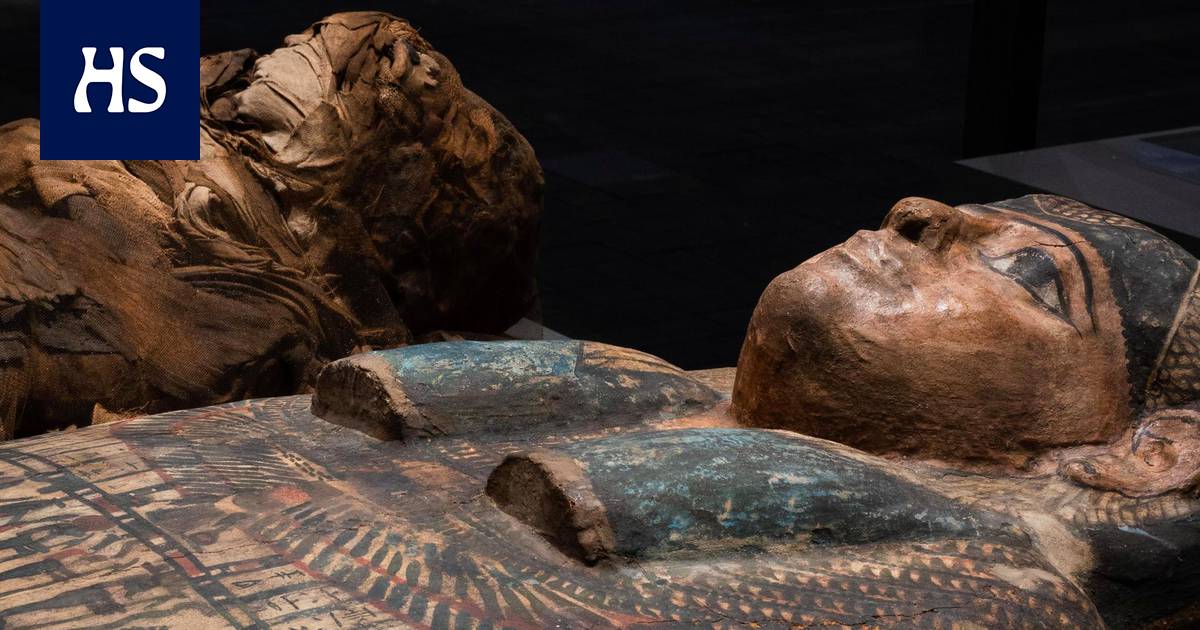 The art museum turns into an Egyptian tomb. The objects are on loan from the Italian Museum. The Egyptians have not demanded the return of the treasures on display.

Amos The Rex Art Museum warns visitors to the Egyptian Splendor exhibition: "The exhibition deals with death. There are mummified corpses on display. "

The museum introduced content warning in the previous Generation 2020 exhibition. The warning is an "additional service" to the visitor.

The content of the warning is true. Death and life are ubiquitous in an exhibition showcasing ancient Egyptianism.

The roof has been black for a long time and the natural light sources are covered, so the space has the feel of a tomb. Amos Rex's new space is now in use for the first time in a traditional, cultural-historical exhibition.

The museum returns to its roots. Exactly 50 years ago, an exhibition on ancient Egypt was on display on Yrjönkatu. A few of its objects are still in display cases now.

A pyramid-shaped structure has been built in the art workshop. You can even make amulets there.

Objects are on loan from the Museo Egizio in Turin, which has the largest collection of Egyptians outside Egypt, about 40,000 objects. Collections have accumulated over the centuries. More artifacts have been obtained through excavations and cooperation with the Egyptians.

An exhibition of almost 400 objects has been tailored for Amos Rex. For example, an object from the Amarna period to which Mika Waltari invested Sinuhe Egyptian.

At the same time, a sister exhibition is on display in Tallinn. The Kumu Art Museum emphasizes making art. Focusing on the late periods, Amos Rex showcases mundane objects that show the Egyptian state, worldview, and religion.

It is hoped that the exhibition will provide an opportunity to dive into another culture at a time when it is not easy to travel. It goes back to the exhibition tradition that preceded mass travel, when distant lands could only be experienced in exhibitions.

Exhibition implementation has been laborious. Two Italian conservators have always had to be present when objects have been moved.

"No objects have been touched. I'm a little bitter ", Mia Meri says and laughs. A non-fiction book by an Egyptologist working for Amos Rex will be published in connection with the exhibition Egypt – Fish in the sarcophagus & other mysteries.

The arc of thousands of years is helped to be perceived in the first state. The visitor steps through a gate whose soundscape is like that of the reeds of the Nile. 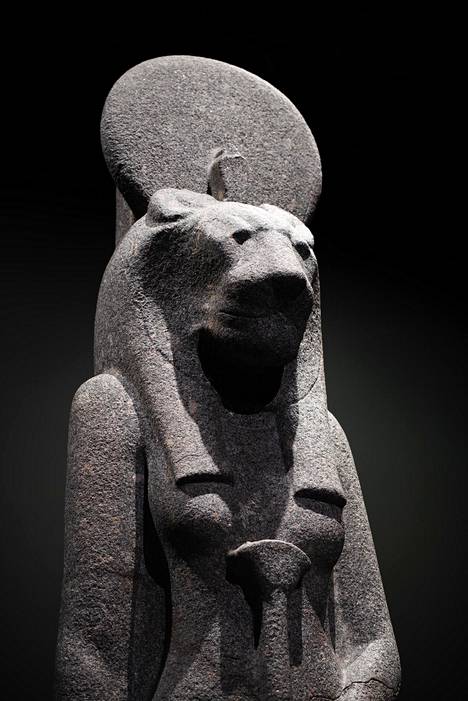 Sekhmet, the god of epidemics and healing, is the mascot of the exhibition.­Picture: Ville Paint / HS

Those entering the exhibition will be stared at by the goddess of epidemics and destruction Sekhmet. The lion-headed character is also the goddess of healing.

There is also a fiberglass god figure on the roof of Lasipalatsi to look at Helsinki. Sekhmet looks straight To Mannerheim.

Self the mummies are behind a dark curtain. Efforts have been made to keep the space quiet. On display are the mummies of three people in shrouds. One is missing a head. The bare feet are covered with a cloth, as the show does not want rotten details.

"Mummies are really often carnivaled. However, we have to remember that these have really been people, "says Meri.

The middle one is so neatly mummified that humanity might be forgotten. A third of the stained cloths show that there is a dead man inside it. It has been deduced from the length that the deceased is a teenage girl. His chest is on display next door.

"We are not used to facing death like this eye to eye. Visitors should be informed about this in advance, "says Katariina Timonen.

In the past, museums have featured mummies stripped of their wrappers. Nowadays, it is customary to cover the bodies at least up to the neck.

Mummies have been ground into medicine, the wrappers have been made of paper. During the Victorian era, so much mummy powder was bought that the powder began to be counterfeited. According to the wildest stories, the train leaving Cairo has used mummies instead of firewood. There have been so many of them.

For example, the Egyptian Museum in Munich has taken the line that mummies are not displayed. 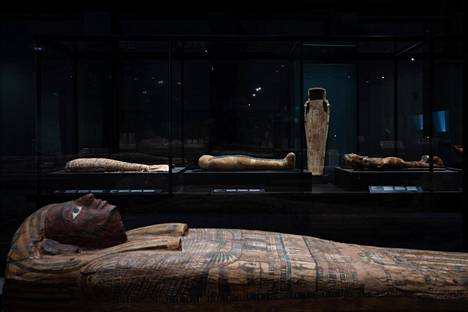 The three mummies are housed in a respectfully quiet space.­Picture: Ville Paint / HS

"This is a tricky ethical issue and we hope this will be discussed. We do not have ready-made answers, "says Timonen.

From Mia Mer, mummies can very well be fun and scary in popular culture, such as horror movies (shown at the time of the show at the Night Visions Film Festival).

"But then when they're really there, they need to be treated well. That we can show that we care about the past and history of another, "says Meri.

In the Frosterus Hall there are animal mummies. For example, the display case has a wooden chest with a mummified fish inside.

Sacred animals began to be mummified — cats, dogs, fish, jackals, crocodiles, turtles, birds — to the gods in abundance. "Mummified animals were thought to be messengers to the gods," Meri says. 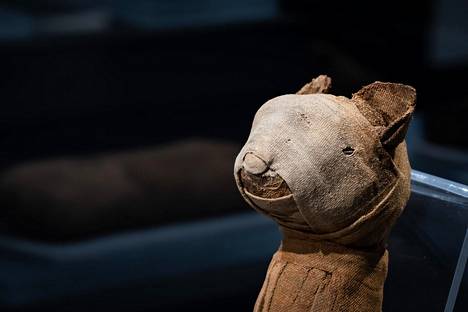 Parliamentary committee on IT headed by Shashi Tharoor becomes serious, will consider the issue of TRP scam

Ansu and Adama, in the Spain of extremes

In recent years, there has been a debate about whether Western museums should return objects to their original countries. Term repatriation means integration.

Has there been such a discussion about these items?

"It is in such a way that the Egyptian Antiquities Agency has not specifically required Museo Egizio to return these objects," says curator Timonen.

The museum is collaborating with the Egyptian authorities and is consulting on a reform project for the Egyptian Museum in Cairo.

It is difficult to verify how items have been acquired. While the papers have been legal at the time, the regulations of the colonial era have been loose.

For example, the bust of Nefertiti on display at the Neues Museum in Berlin is suspected of being taken out of the country in obscure ways.

"My personal perspective is that ancient Egypt and its culture are the history of us all, but naturally the Egyptians have a privilege to do so. If we want to show the history of Egypt, we have to respect it, "Meri says. 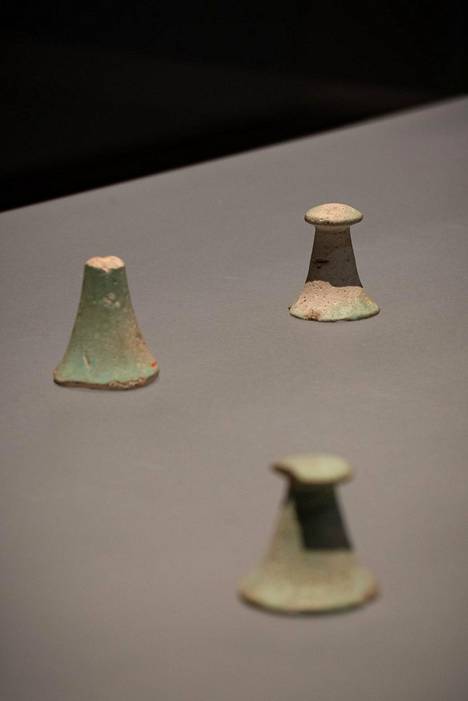