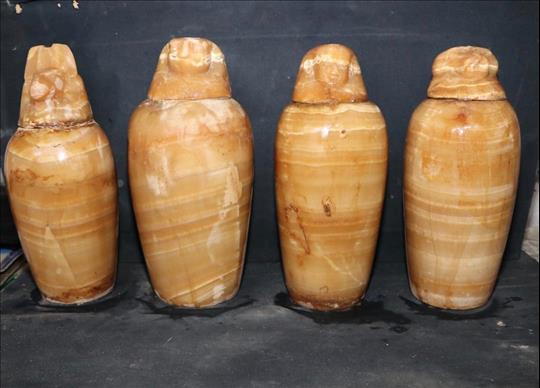 (MENAFN - Daily News Egypt) The Egyptian archaeological mission working in the antiquities area of ​​Al-Ghuraifah, in Minya Governorate's Tuna Al-Jabal, has uncovered the tomb of Badi Est, a Supervisor of the Royal Treasury.

The Ancient Egyptian tomb was found with stone statues inside, which are in a good state of preservation. 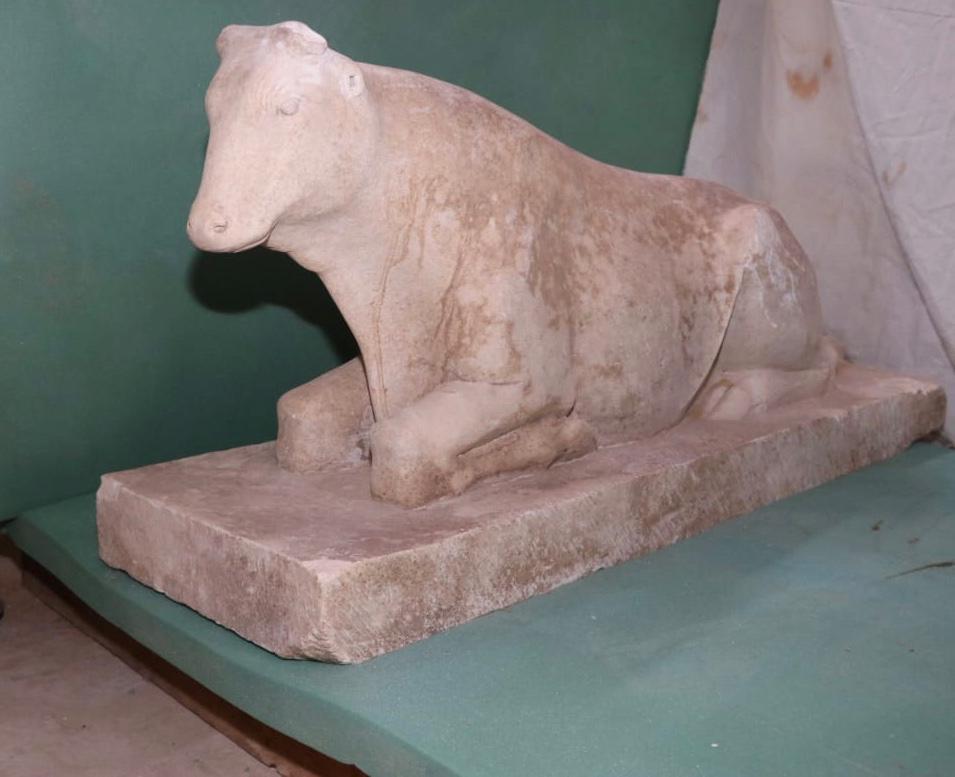 Mostafa Waziri, Secretary-General of the Supreme Council of Antiquities and Head of the Mission, said that the cemetery consists of a 10 metre deep burial well that leads to a large room with niches carved into the rock.

This came in addition to alabaster canopic jars in the form of the four sons of Horus, and engraved with the titles and names of the deceased.

Waziri said that the mission also found 400 blue and green Ushabti statues bearing the name of the deceased, alongside the burials of six of his family members. These contained nearly 1,000 statues made of faience, as well as canopic jars made of alabaster, limestone. The burials included some amulets, scarabs, and a set of utensils, as well as pottery from the Sawy era that ruled Ancient Egypt from the 26th to the 30th Dynasties.

Four intact stone sarcophagi were found, with work ongoing to uncover more secrets and treasures of the Al-Ghuraifah area.