Recently, the Textile Museum has sparked widespread controversy following the news that it would soon be closed to the public. It has already reduced the hours during which it is open to visitors. 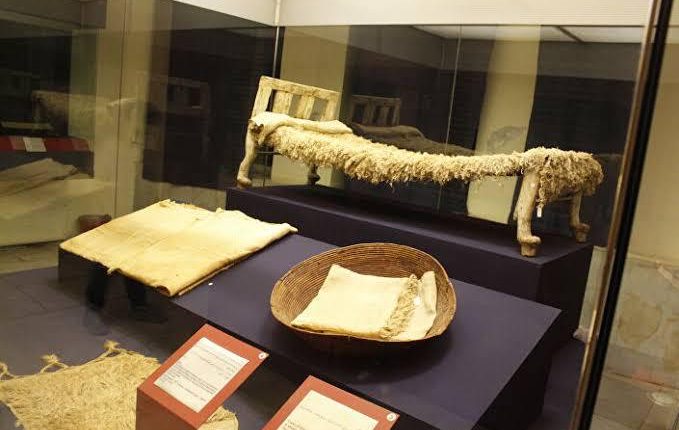 Egypt's Ministry of Tourism and Antiquities announced that the Egyptian Textile Museum will temporarily be re-housed at the National Museum of Egyptian Civilization (NMEC), whilst its permanent premises on Al-Muizz Street is restored.

The museum, which is normally located on Al-Muizz Street in the heart of old Islamic part of Cairo, was previously known as the Sabeel Mohammed Ali. After conservation and redevelopment work was completed on Al-Muizz Street, the former water storage facility was converted into a textile museum that houses historic and valuable treasures of textiles, mostly covering Egypt's long and distinguished history.

Recently, the Textile Museum has sparked widespread controversy following the news that it would soon be closed to the public. It has already reduced the hours during which it is open to visitors.

Minister of Tourism and Antiquities Khaled Al-Anani had earlier received a report on the technical condition of the building. The report emphasised the seriousness of problems with the museum's construction that have the potential to affect the rare artefacts housed inside, and the safety of visitors.

The museum showcases a wide variety of historic fabrics and clothing from of various eras, all of which were found among archaeological discoveries. It has, over the years, become a unique collection of exquisite materials, showcasing the history of Egypt's textile industry.

The museum was designed to include 11 halls to display textiles in a simple yet impressive manner, with each piece accompanied by an identification plate with the date of its manufacture and its story.

There are also a number of rooms that contain wooden statues dressed in pharaonic textiles, which represents the largest section at the museum.

The Egyptian Textile Museum houses over 1,000 rare textiles from the Pharaonic, Roman, Coptic and Islamic eras. It is proof that Egypt's lengthy history is not only documented on papyrus or stones, but also woven in the threads of fabrics and garments.

The section that displays items from the Roman era holds a number of sewing tools, besides the textiles, as well as a small model of a spinning and weaving workshop. The Coptic area showcases the revolutionary nature of this era in terms of textile production and colours, including the use of other materials such as cotton, wool and silk. The Islamic section features different styles of Arabic calligraphy and holds parts of a cover of the Kaaba, which were formerly and specifically produced in Egypt.