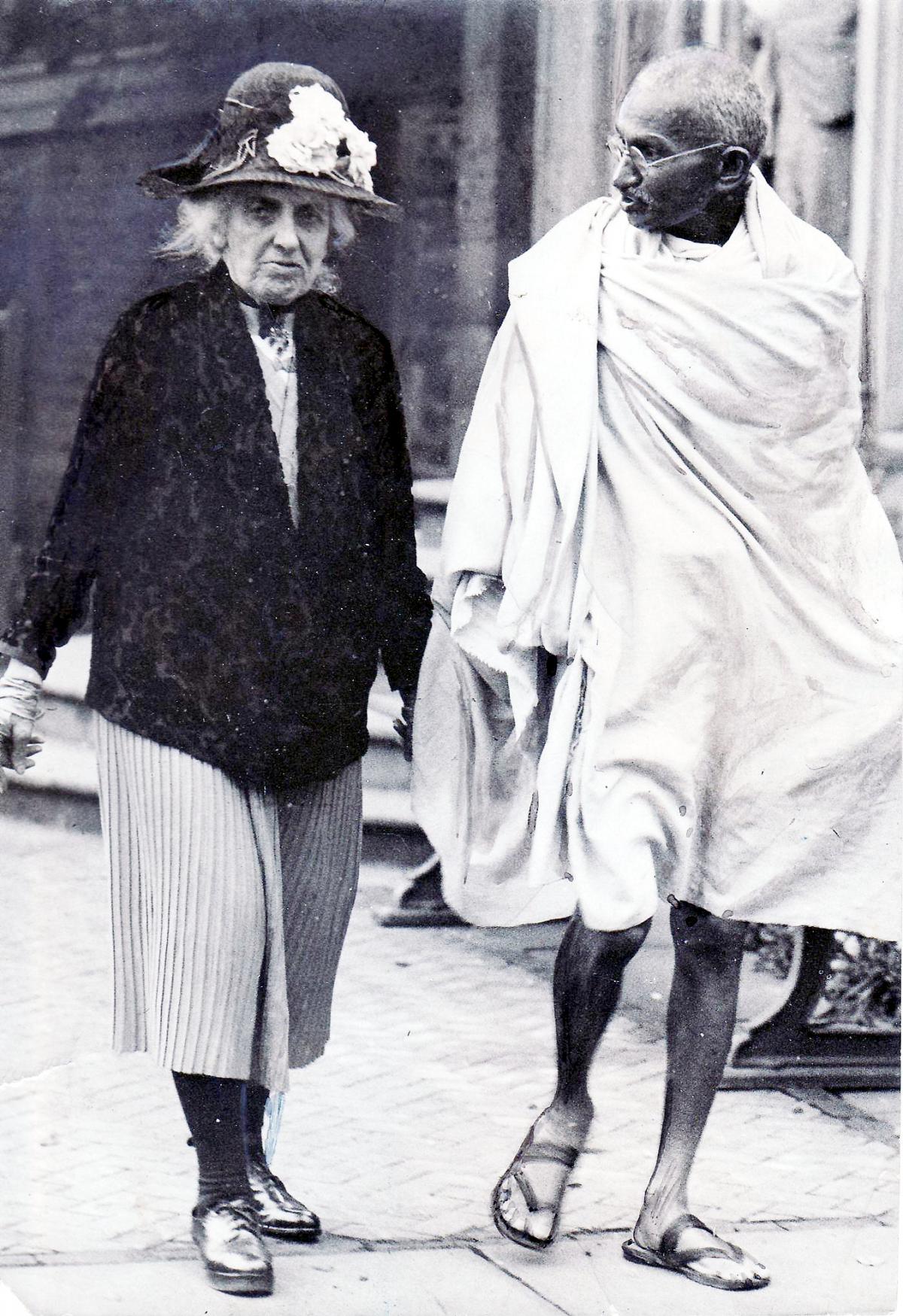 Annie Barlow pictured with Mahatma Gandi on his visit to Bolton in 1931..Taken by The Bolton News January 31 1975.

"I have to say, as someone who has spent a lot of time in the British Museum walking into this reconstruction of a tomb from the Valley of the Kings is genuinely astounding."

Those are the words of journalist Samira Ahmed on when she first walks into Bolton Egypt, the new gallery which takes visitors back to the land of the Pharoahs to explore its mysteries and treasures, for a new radio documentary.

She adds: "There is a real mummy before me in its open casket with a notice that explains they understand the sensitivities of around displaying human remains, a sense of respect but most crucially a sense of awe and recognition that there is something very special about how this piece of Ancient Egypt came to Bolton and is on display here."

The internationally acclaimed collection is due to Annie Barlow, the daughter of a mill owner, who is featured in the Radio 3 programme " The Victorian Queens of Egypt".

In it Matthew Watson, curator of art and social history at Bolton Museum explains how Annie in 1880 went to Bedford College, the first higher education institution for women in the UK and met Amelia Oldroyd, who was one of the first to explore a burial chamber at Abydos.

He said: "While she was at Bedford College we think she got to know Amelia Oldroyd who was one of the co-founders of the Egyptian exploration fund, Annie later became the local secretary for the Egyptian Exploration Fund in Bolton.

"As part of that work the local museum benefited from some of those archaeological digs in Egypt that Annie Barlow had helped to raise funds for."

Annie was part of the first generation of women in higher education.

"Her father James Barlow owned Barlow and Jones one of the most successful textile manufactures in Manchester. Egypt at that time was the main supplier of raw cotton to places like Bolton she went to Egypt with her brother in 1888," said Matthew.

Her interest in Ancient Egypt was sparked as she visited sited in the Nile Delta being excavated.

Annie began to support the Egypt Exploration Society (EES), a group set up to promote interest in the monuments of Egypt. She was soon appointed as "Local Secretary" for Bolton, responsible for raising funds for it.

Bolton benefited from Annie's support for the EES.

Excavators in Egypt were allowed to keep a proportion of their finds and the EES used this system to raise money for excavations, giving objects to institutions or collectors who had funded their work.

Annie asked for her share of the finds to be given to the Chadwick Museum, the forerunner of Bolton Museum.

Bolton Museum inspired Danielle Wootton, who is also featured in the documentary when she first visited as a child. She is now a professional archaeologist and an expert of Channel 4's Time Team.

She said: "In terms of what the museum is doing for Bolton I think it is fantastic, I really would love more museums to get funding to do this, it is absolutely packed, children running round and learning."

"It's great to see it is continuing to inspire generations."

Danielle said that the museum made visitors feel like explorers discovering the treasures for the first time.

The documentary can heard on catch up.