Akhnaten at the Coliseum, in pictures 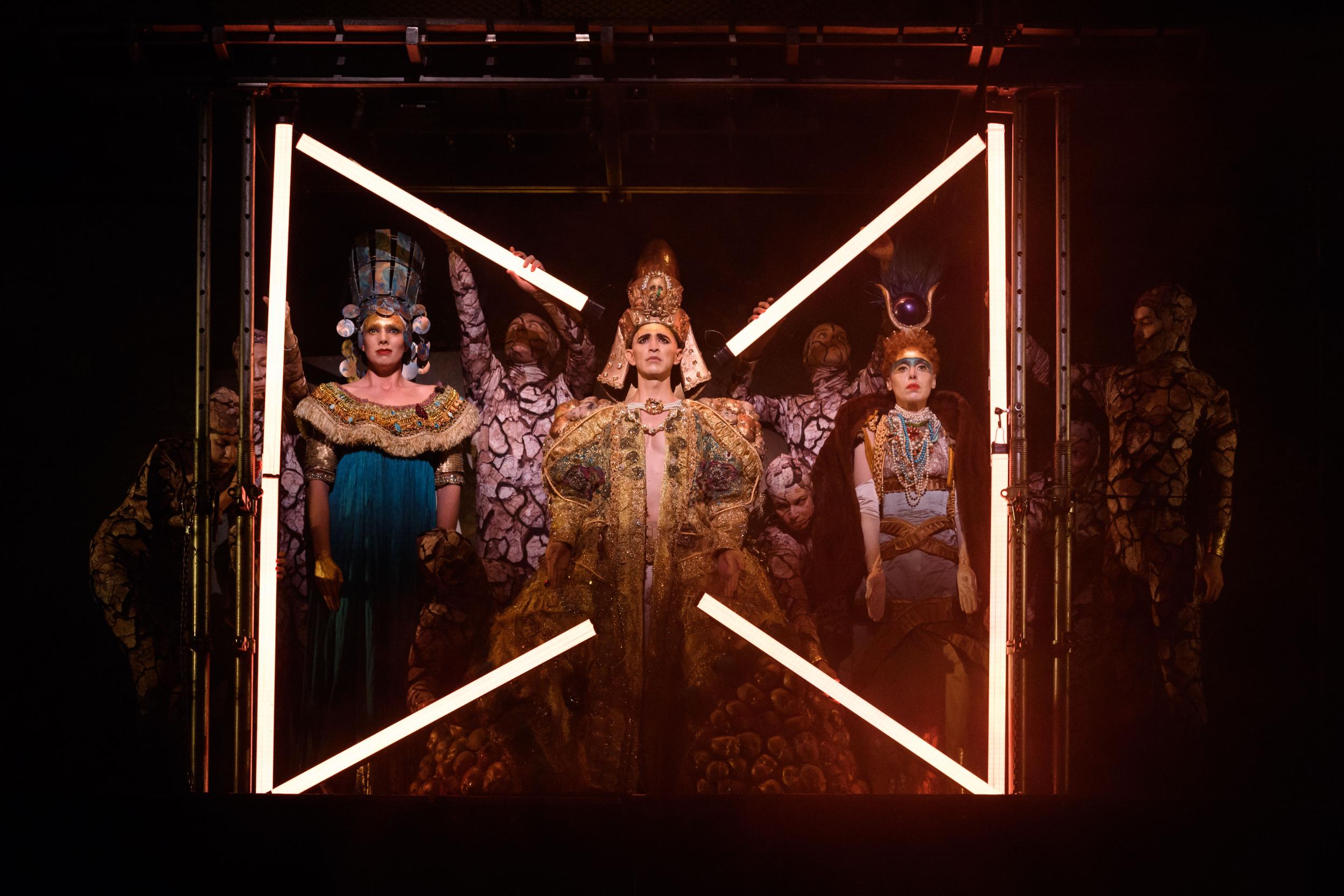 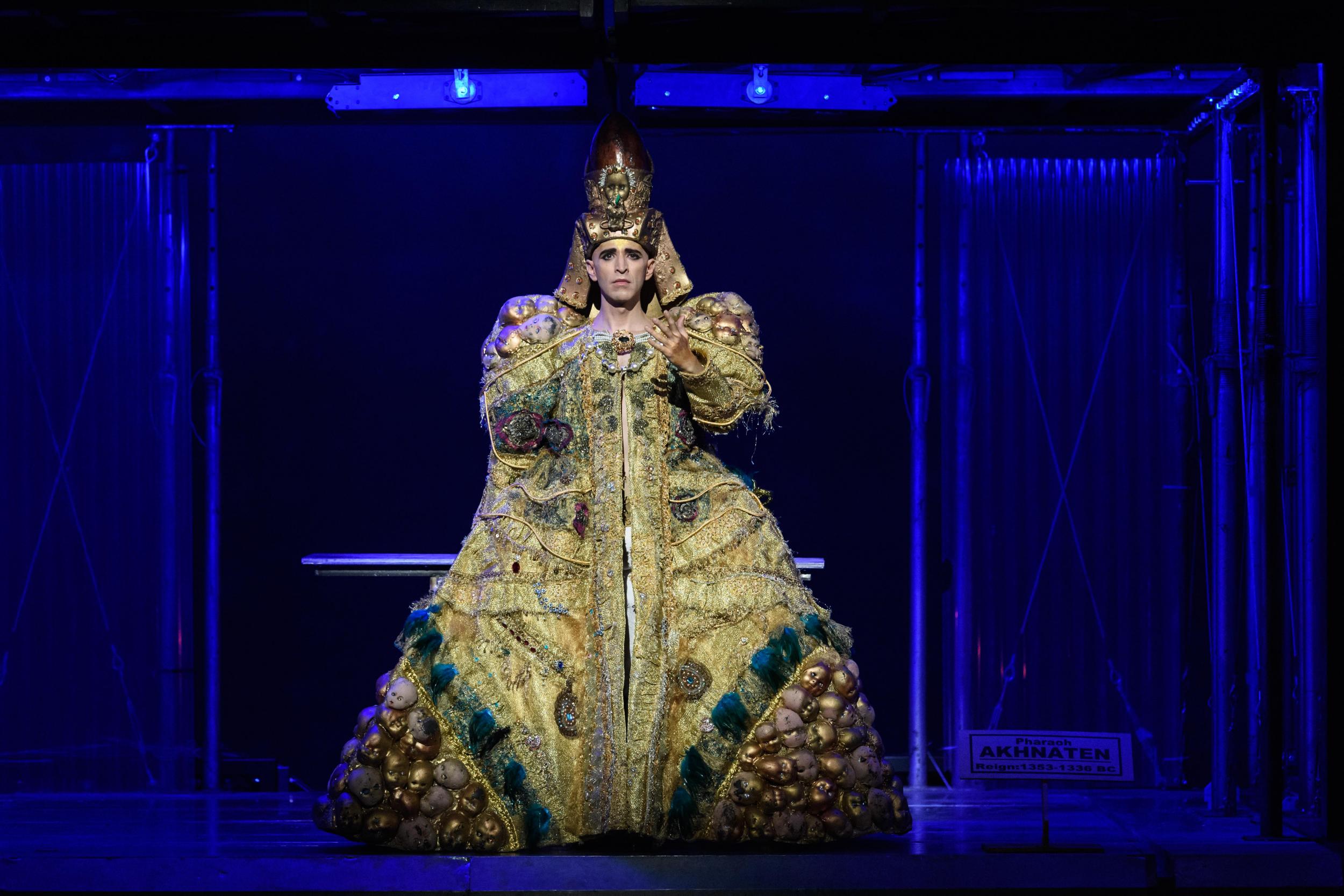 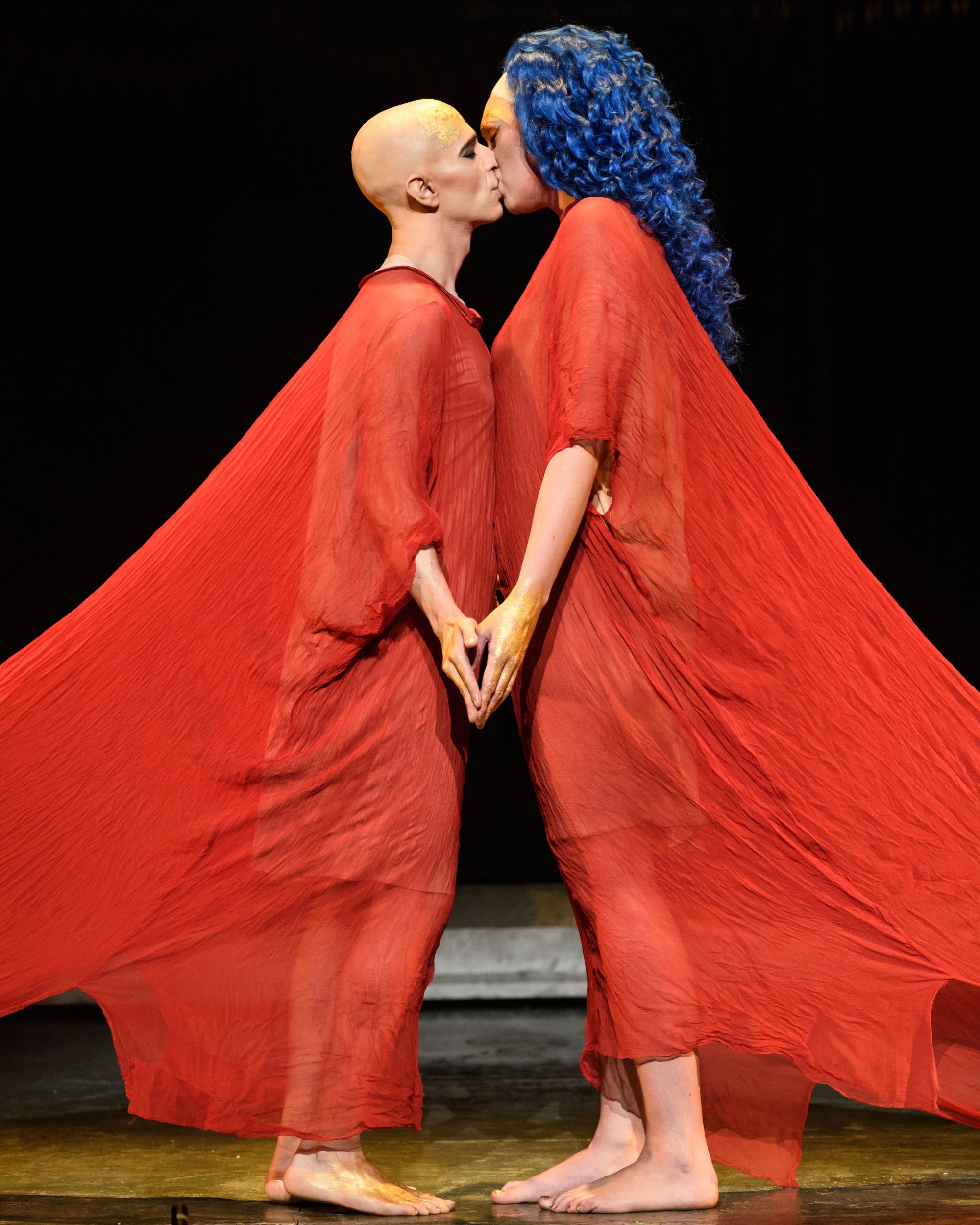 Akhnaten, an Egyptian pharaoh from the 14th century BC, made history by attempting to replace his people's multiple gods with a single deity: the experiment didn't succeed.

His life doesn't immediately strike you as the stuff of opera, but when he wrote Akhnaten in the 1980s, the American composer Philip Glass didn't have much time for operatic convention. It was the alien nature of Akhnaten's life that appealed to him.

When there are words, they're usually ancient Egyptian or Hebrew, while what little English we hear comes mostly in a mawkishly sonorous "May the force be with you" narration, spoken here by the towering figure of Zachary James.Glass assigned the title role to a counter tenor. In Phelim McDermott's staging, first seen at English National Opera in 2016, Anthony Roth Costanzo walks the stage with regal disdain. As Nefertiti, the pharaoh's wife, Katie Stevenson towers over him, her sonorous tones a telling counterpoint to Roth Costanzo's bright falsetto, which hints at Akhnaten's supposed androgyny.

Karen Kamensek, who conducted the production when it was new, returns with an equally sure control of pace and timing, while the ENO orchestra and chorus respond attentively to music that isn't exactly in their bloodstream.

Meanwhile, the stage throngs with vast crowds bedecked in glittering costumes that are gaudy or gorgeous according to taste, and all bathed in spectacular lighting.

This is not a show that will suit everyone. For some, it'll be no more than a farrago of meaningless signs and symbols, at best camp, at worst kitsch. But go with the slow flow and those very qualities are what make Akhnaten so seductive.