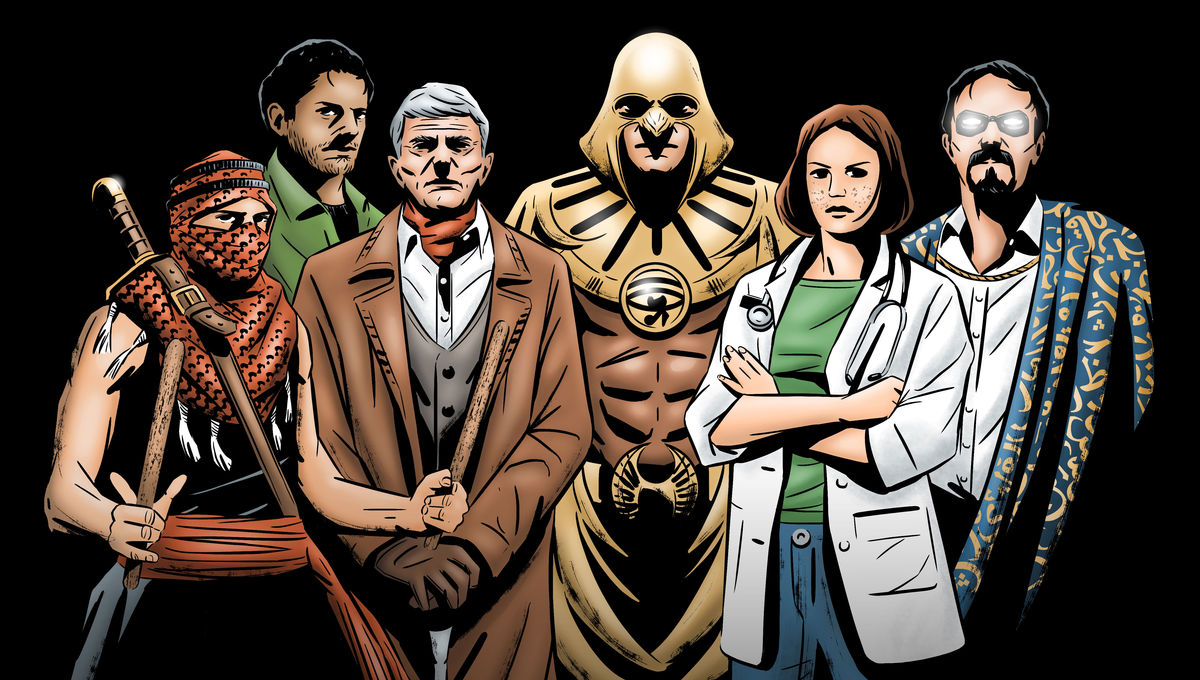 His cape billowing behind him, a cowled crimefighter flees from police by leaping and bounding over cars in a crowded metropolis rife with corruption an injustice. Sound familiar? The story takes a sharp turn once the cops eventually capture the hero and treat to him to brutal beating back at the station.

This isn't the kind of world we're used to seeing our superheroes normally operate in. These aren't the streets of NYC or a fictionalized Western metropolis; this is Cairo, Egypt, and the caped crusader skirting the law and being beaten in a police station is the reincarnated ancient Egyptian god Horus.

El3osba, or "The League" in English, is a comic universe based on a team of Egyptian superheroes created by Egyptians, for Egyptians... and for people outside Egypt who want to know about the country and the region beyond what they've seen on History Channel documentaries and brief news reports. Writer John Maher created the team in 2012 as a series of short stories on Facebook, but he was soon joined by co-writer Maged Refaat, artist Ahmed Rafaat, and several other creators as they began publishing issues both digitally and physically. Recently, the team began releasing English versions of the comics and distributing them on Amazon's Kindle platform. 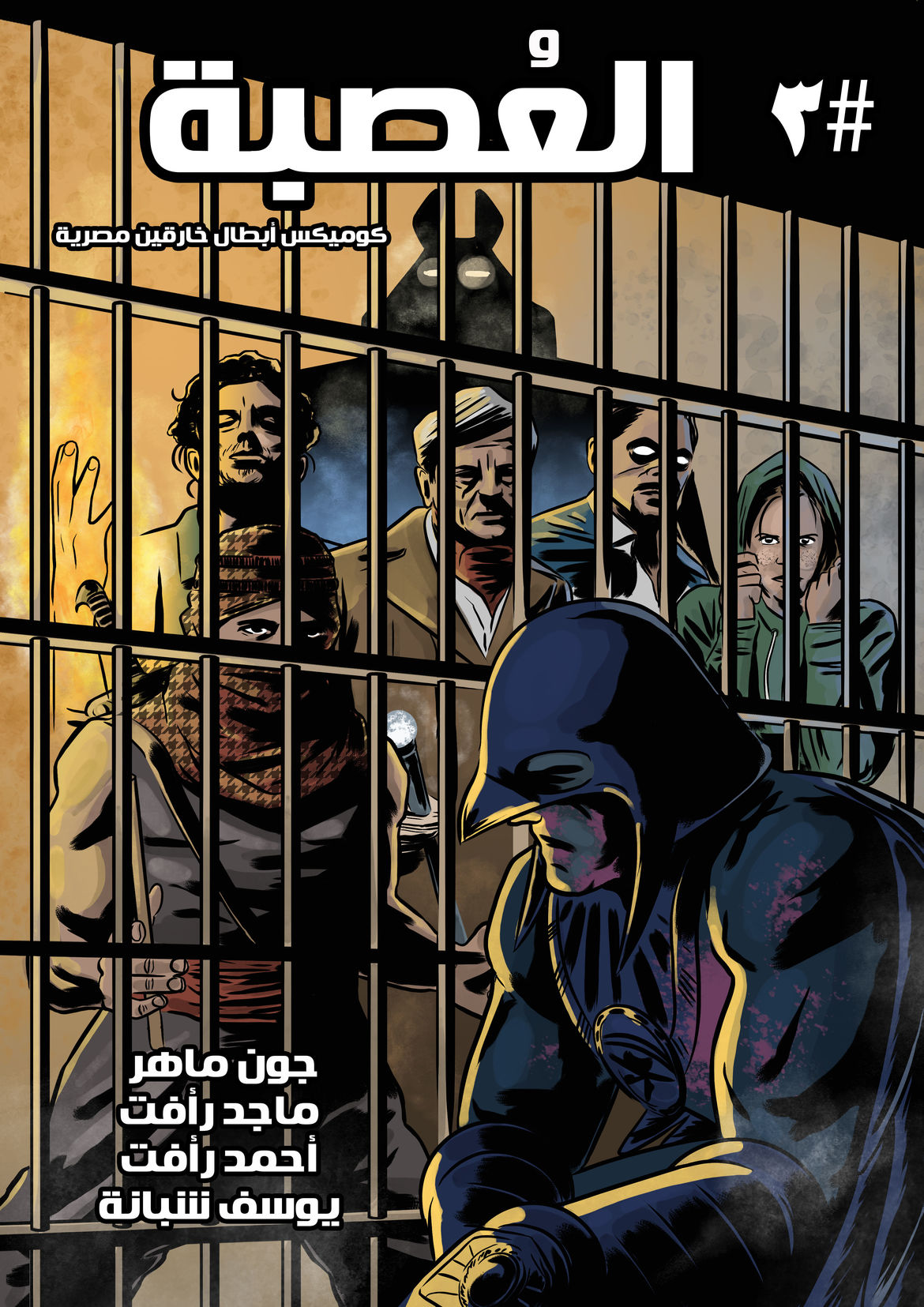 The team aims to build a persistent universe for their characters, just like DC or Marvel. The first few El3osba issues served as an introduction to the team and their version of Egypt, but that was just the beginning. At their annual appearance at the CairoComix festival, the team published three spin-offs, telling stories focused on individual members of The League for the first time.

"The fanbase is emotionally connected to our characters," says Maher, adding that they are excited to have answers to the mysteries surrounding their favorite characters. According to the creators, fans have been speculating and theorizing about their heroes just like they do with mainstream superheroes. "They even inspired us with some of their storylines," Maher says with a smile.

Each member of this Arabic speaking team of Avengers is uniquely Egyptian. The aforementioned Horus is an emblematic, gadget-wielding vigilante complete with a motorcycle stamped with his own logo, representing the legacy of one of the world's oldest civilizations. 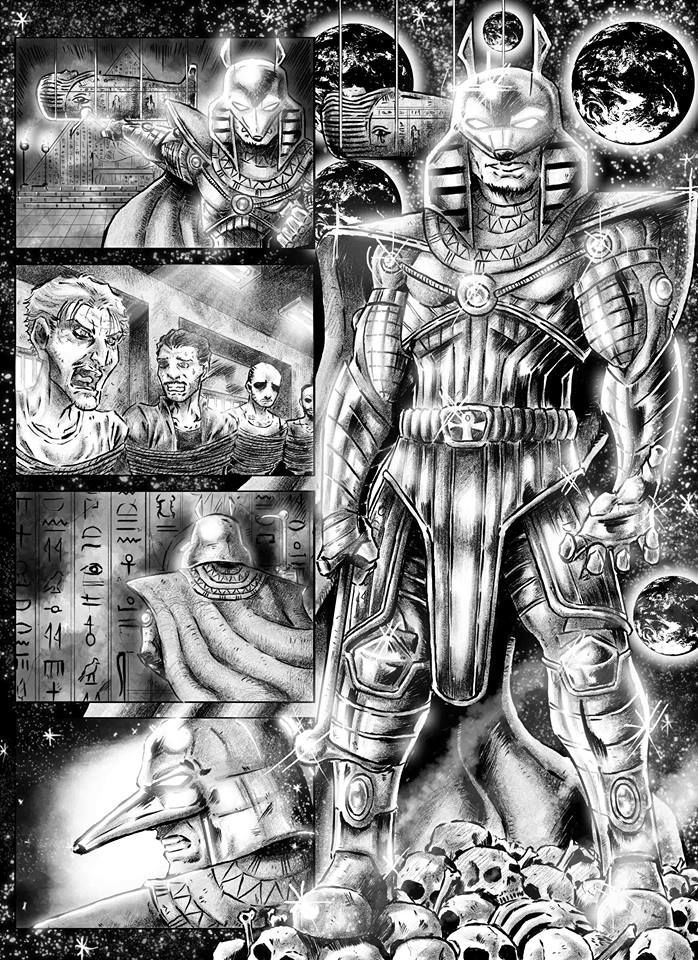 Playing the old man with the plan to Horus' field commander, is Alpha, an extra-dimensional being who comes to Earth to rally the heroes against the existential threats facing Egypt and the planet. Being an alien whose motives aren't initially clear, Maher says "Alpha gets the attention of readers who love mystery."

Granted shapeshifting powers after crashing his micro-bus into an enchanted canal, Mostorod Al-Sayed, aka Mircrobusgy, is from a poor and uneducated community. That doesn't stop him from using his powers and a fierce sense of right and wrong from doing what needs to be done. According to the creators, Microbusgy represents the underserved classes repressed by Egypt's corruption and inequality.

A supernatural sorcerer who uses spells based on the Arabic alphabet, Kaf was originally one of The League's first villains. A former member of Egyptian security forces, Kaf is "the kind of person who can be willing to do something bad for the greater good, an ideology that leads to conflict within himself as he struggles with his inner voice and conflict with other team members as well," Maged explains.

The team is rounded out by the Bedouin mercenary, Al-Walhan, and Mariam, a young doctor who uses her healing superpowers and scientific knowledge to aid the team. The two have a romantic connection — Al-Walhan translates to "one who is infatuated" — which Alpha exploits to get them on the team. Mariam is a fiercely independent and educated woman who defies the patriarchal norms of the country. Maher says this resonates with female fans who appreciate a female character that breaks the cliche that women's goals should be limited to getting married and having a family. 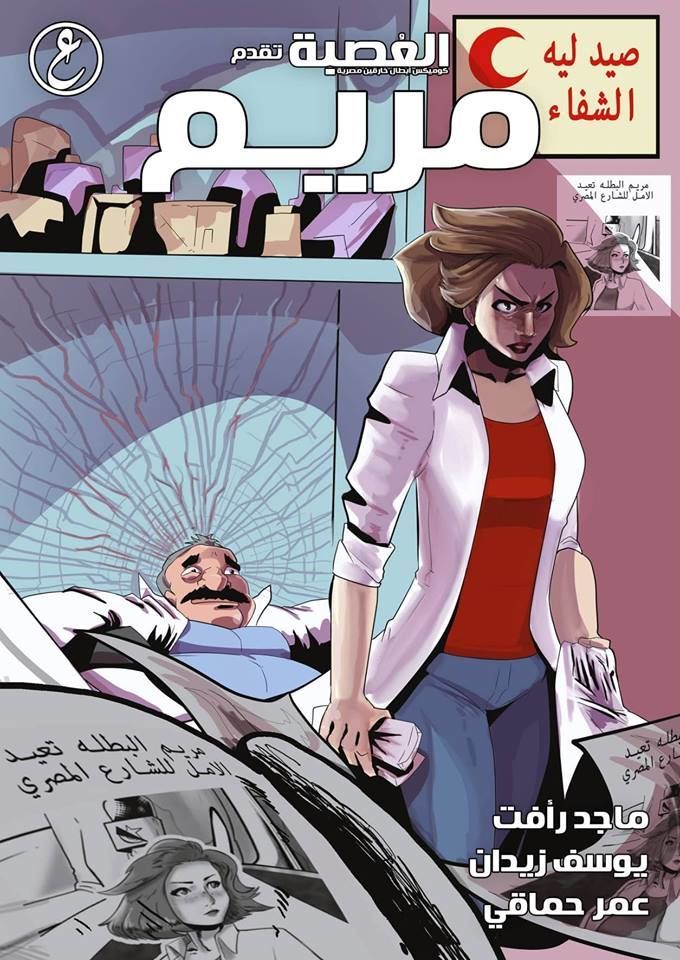 Their unique rogue's gallery features some of the classic tropes of supervillainy, along with baddies based on real-life issues and difficulties plaguing modern Egypt and the wider Arab-speaking world. The evil god Set is The League's current cosmic big bad, but to take him down, the heroes have to work their way through his minions, each of whom symbolizes real-world issues like corruption, media manipulation and censorship, and even sexual harassment. Such politically charged themes put them at odds with the expectations of publishers in Egypt, leaving the team to build their comic universe independently for now.

Most publishers in Egypt still see comics as a medium for children, despite the global popularity of the Marvel movies and decades of successful comics telling mature stories. "I think there is a disconnect between the people who watch these films and the publishers/media," Ahmed Rafaat says.

Discussing what got him into comics as a kid, Ahmed cites Kelley Jones' "wonderful Batman covers," which he says "looked like something straight out of a horror film"

"El3osba​​​​​​​ has the superhero themes that everyone, kids included, would enjoy, but it also tackles themes like corruption and harassment which a young kid might not understand but someone from an older demographic would," he continues.

Maher talks about an interview with a local radio station last year in which the host mentioned El3osba as something for kids. Maher corrected him and made it clear that his book is for meant for an older audience. "At the end of the show, he wished me luck that more children read my comic book, in a way that proved that he didn't hear what I was talking about," he recalls.

In another incident, an Egyptian publisher expressed interest in the book but when the team met with them make their pitch, the publisher asked for a few issues to test with their young nephews.

"People can digest the concept of a superhero operating in a Western country but not in Egypt," says Ahmed. According to him, the subject is often met with sarcasm by Egyptian fans of superheroes as well. Paraphrasing an Egyptian YouTube channel which while discussing the subject of superheroes joked that Batman would be stuck in Cairo's notorious traffic and that The Flash would have to wait in a massive line to get his paperwork done in Egypt's strict bureaucracy. 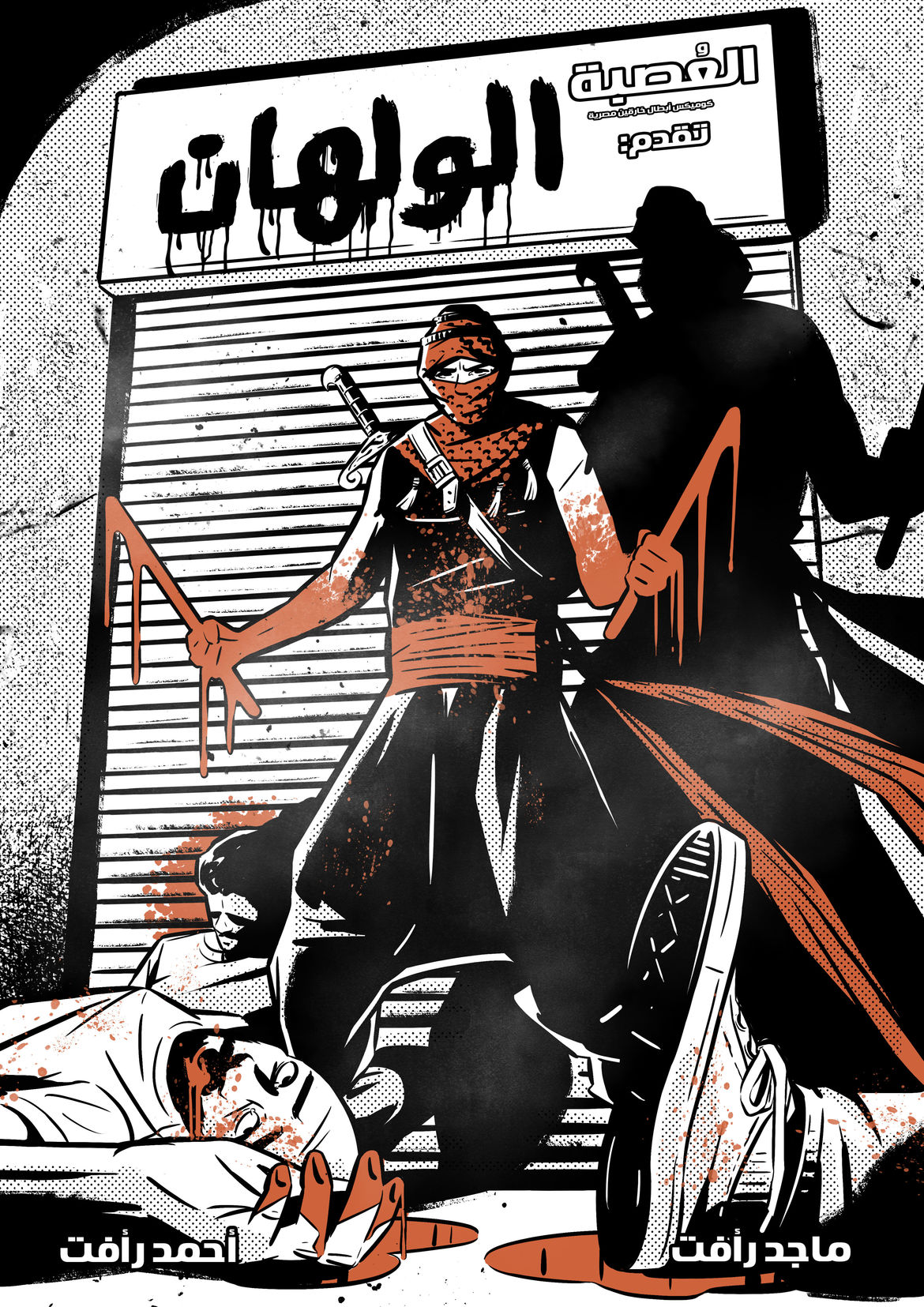 The creators of El3osba don't see their setting as an obstacle but as part of what makes the characters and stories unique. As Ahmed says, "we take these challenges and spin a story around them, and while a lot of people look on a superhero operating in Egypt as a joke or a gimmick – we see it as the strength in our stories."

As the creators of El3osba continue working to build a self-sustaining universe for their characters they are actively inviting other Egyptian creators to work with them in the hopes that one day soon they'll have a wide range of series for Egyptians, other Arabic speakers, and now English comics fans looking for a fresh perspective on the superhero genre.