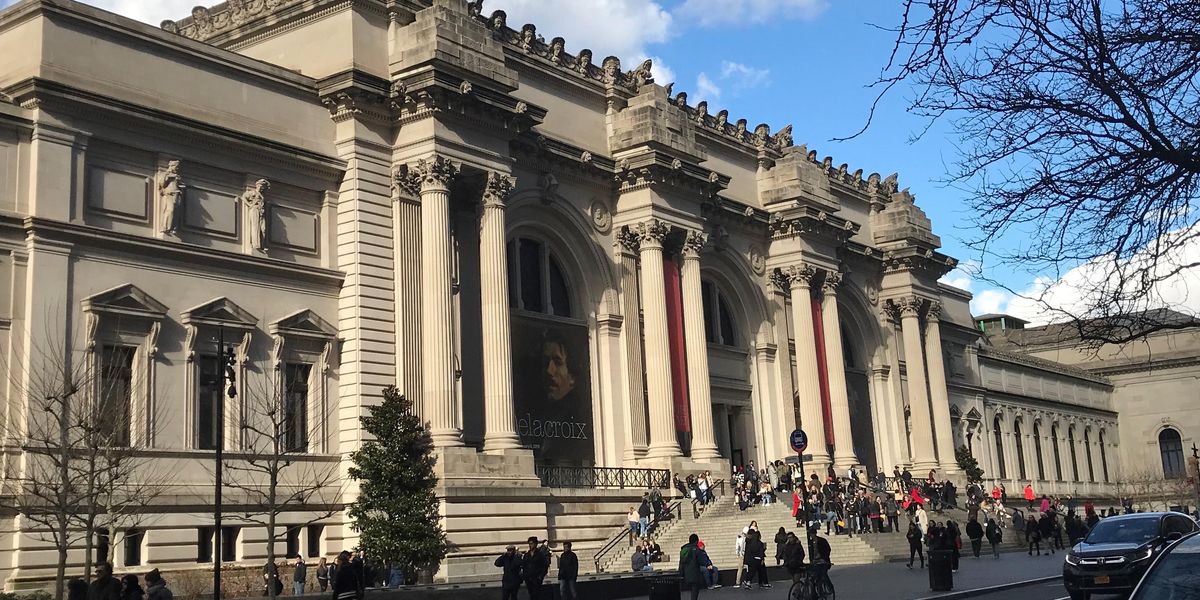 As if a climate activist disguised as an old lady attempting to smear cake all over the Mona Lisa wasn't bad enough, the art world now has to cope with the news that a former president and director of the Louvre has been indicted in relation to an antiquities smuggling investigation.

According to Art News, five Egyptian artifacts collectively worth over $3 million have been seized from the Metropolitan Museum of Art by the New York District Attorney's Office as a part of a much larger investigation into the former president and director of the Louvre, Jean-Luc Martinez. Per the warrant, the antiques were seized as evidence of "crimes of criminal possession of stolen property" and "conspiracy to commit the same crimes."

Among the objects were a Sarcophagus mask, a Fayum portrait, which is a painting that was placed over mummies during the Roman occupation of Egypt dating back to 60 BCE and fragments from a wall hanging from the 4th or 5th century CE that are considered to be the oldest known representation of the Book of Exodus.

Four of the pieces came to the Met by way of German-Lebanese dealer, Roben Dib, who's currently awaiting trial in Paris on gang fraud and money laundering charges. Dib is accused of selling looted artifacts to several art institutions such as the Met and the Louvre Abu Dhabi but has publicly denied any wrongdoing.

Interestingly enough, this isn't even the first time the Met has had to contend with the provenance of an artifact they obtained from Dib. In 2019, the Met had to return an ornate golden sarcophagus to Egypt after an investigation had determined that it had been stolen. Stranger still, one of the key pieces of the investigation was a photo Kim Kardashian took next to the fancy coffin in question at the 2018 Met Gala after a looter (who didn't end up receiving payment) tipped off the District Attorney's office about the stolen sarcophagus.