Egyptian restorers are currently busy restoring the three ram heads unearthed at the Euergetes' gate in the southern part of Karnak Temple in Luxor. Mostafa Waziri, the secretary-general of the Supreme Council of Antiquities examining the rams' heads.

The artefacts were found during excavation works carried out as part of a project exploring the royal procession path known as the Sphinx Avenue in Luxor, which once connected Luxor to Karnak Temple.

The heads were part of three ram-headed sphinxes located on the Sphinx Avenue, and after restoration they will be re-attached to the ram bodies.

As part of the project, a series of photos relating the history of the path, since its early exploration in the 19th century until now, will be put on display along the avenue, according to Mostafa Waziri, the secretary-general of the Supreme Council of Antiquities. 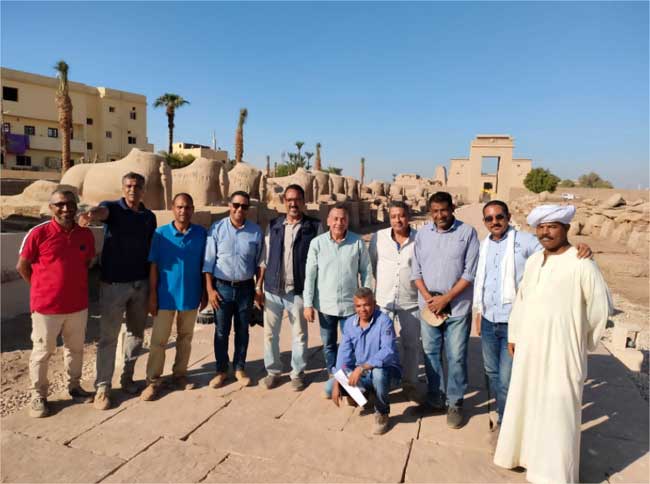 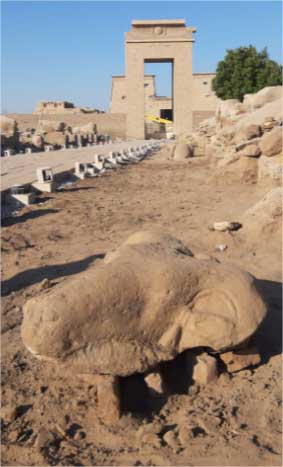