An archaeological mission from Cairo University uncovered the tomb of Ptah-M-Wia, head of the treasury during the reign of King Ramses II, during excavation work at the Saqqara necropolis, a statement by the Egyptian Tourism Ministry said on Saturday. 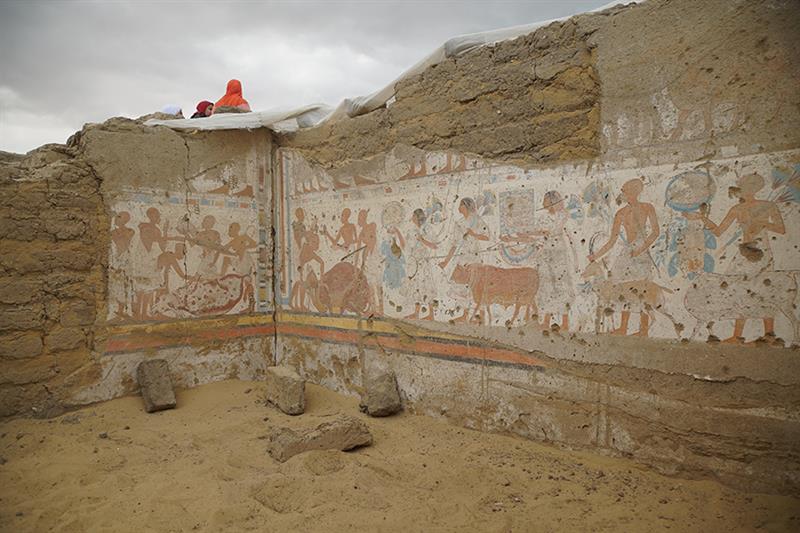 According to Mostafa Waziri, Secretary-General of the Supreme Council of Antiquities, the discovery is important because of the several titles the tomb owner possessed in life. He was the royal scribe, the head of the treasury, the supervisors of cattle and was responsible for sacrifices to the deities at Ramses II temple in Thebes.

He pointed out that the area where the new discovery was made includes the tombs of top officials of the New Kingdom, among with is the tomb of the renowned military commander Haremhab.

Mohamed Othman El-Khosht, Head of Cairo University, explained that this is another important discovery made by the university's mission in Saqqara, highlighting the top priority the institution affords to field work alongside research and scientific work.

Other important discoveries made by the mission include the tomb of the mayor of Memphis, Ptah-Mas; the royal ambassador to foreign countries, Basir; and the supreme commander of the army, Eurkhi. 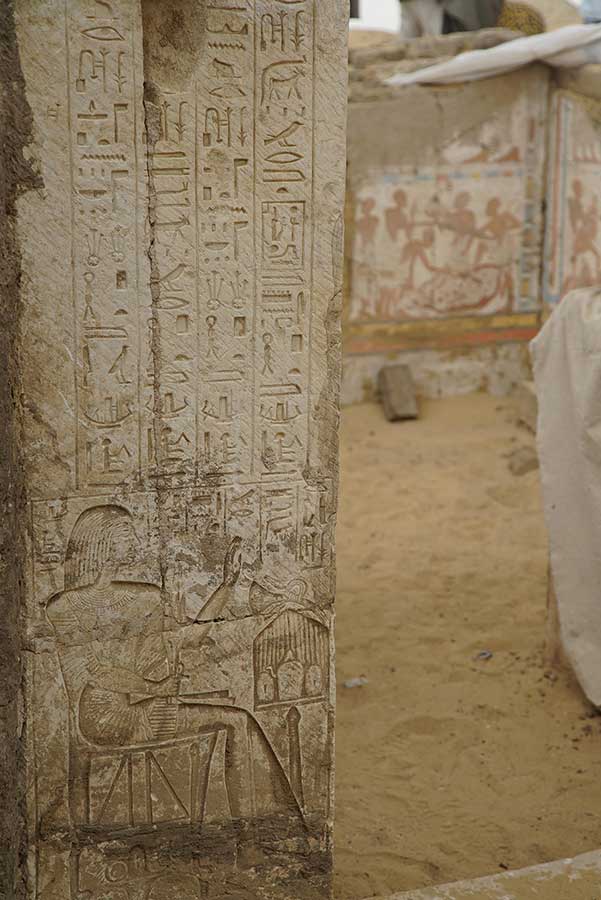 The head of the archaeological mission, Ola El-Egazy, added that the tomb architecture is similar to its neighbours. This style is known as a tomb-temple because it consists of an entrance in the form of an edifice, followed by one or more courtyards. The tomb ends at the western side with a shrine for deities headed by a pyramidion.

The entrance of the tomb is the only uncovered part and it is carved in stone engraved with scenes depicting the tomb's owner, she added.

The entrance leads to a first hall with painted walls showing scenes depicting the offerings processions.

Many stone blocks were found under the sand, as well as several Osirian columns, some of which are still lying in sand while others are standing in their original place. "All these pieces will be studied to be put back in their original places inside the tomb," El-Egazy said, adding that the mission had completed all the required work on the tomb of the supreme commander of the army during the reign of King Seti I and his son, King Ramses II.

Ahmed Ragab, dean of the Faculty of Archeology, said that excavation work in Saqqara began in the 1970s at the New Kingdom cemetery south of the road leading to the pyramid of King Unas. Headed by Professor Sayed Tawfiq 1983-1986, this mission resulted in the discovery of many tombs dating back to the Ramesside period, including the tomb of the royal vizier Nefer-Ranpet.

The university's current mission, headed by Ola El-Egazy, started in 2005 and has continued through the present. 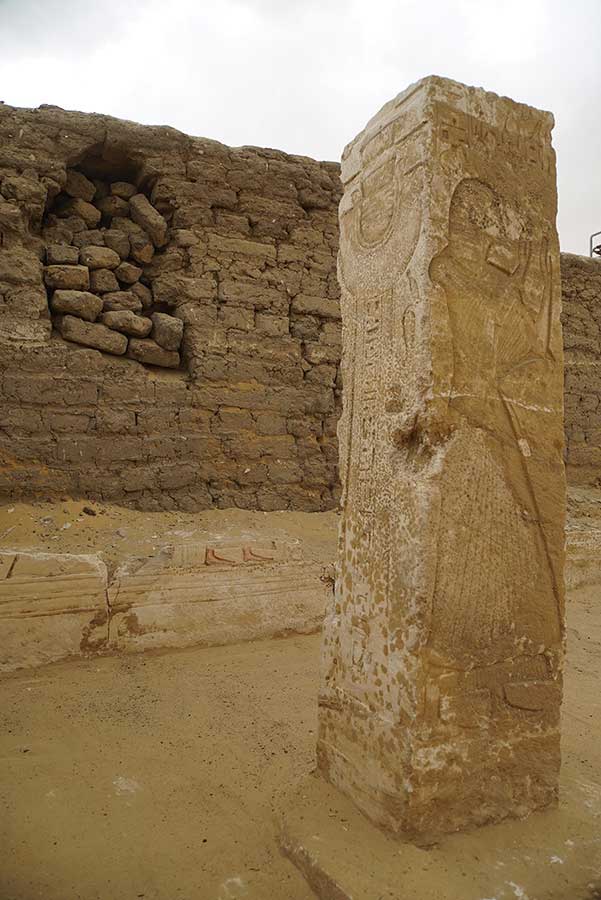