Turkish archeologists have unearthed a seal from ancient Egypt from a Black Sea city dating back thousands of years.

Archaeologists are exploring the international importance of the ancient city of Comana Potica from the Hellenistic era, after the death of Alexander the Great, Burcu Erciyas, head of the excavation team, told Anadolu Agency.

Continuing digging that began in 2004 in the city, now in the modern Turkish region of Tokat, excavation has uncovered housing layers, burial sites, and churches from the Danishmend, Seljuk, Ottoman and Byzantine eras, said Erciyas, an archaeologist at Middle East Technical University, in Ankara, Turkey's capital.

"We reached new findings during excavations in 2020. Perhaps the most interesting of these came from Egypt. In the form of a scarab insect with hieroglyphics on it, in other words, an amulet or seal, was recorded as a very important finding related to Comana's international relations," she said.

On the scarab, which was delivered to Tokat Museum with other findings, scientists found the name of Thutmose III, who ruled in the years 1479-1429 B.C. in the 18th Dynasty of Egypt, she added.

The use of the scarab belonging to the ruler continued until 4-3 B.C., she said, adding that ancient Egyptian seals were also found in excavations in territories elsewhere in Turkey, in the Anatolian heartland.

Comana Pontica was an important cultural center under the rule of the Mithridatic dynasty and maintained its autonomy during the Roman Era. The place was a sacred site dedicated to the Anatolian deity, Ma.

The region, which was also a trade center, attracted visitors from all regions of Anatolia with its festivals, rich marketplace, and fertile land surrounding the city.

by DAILY SABAH WITH AA 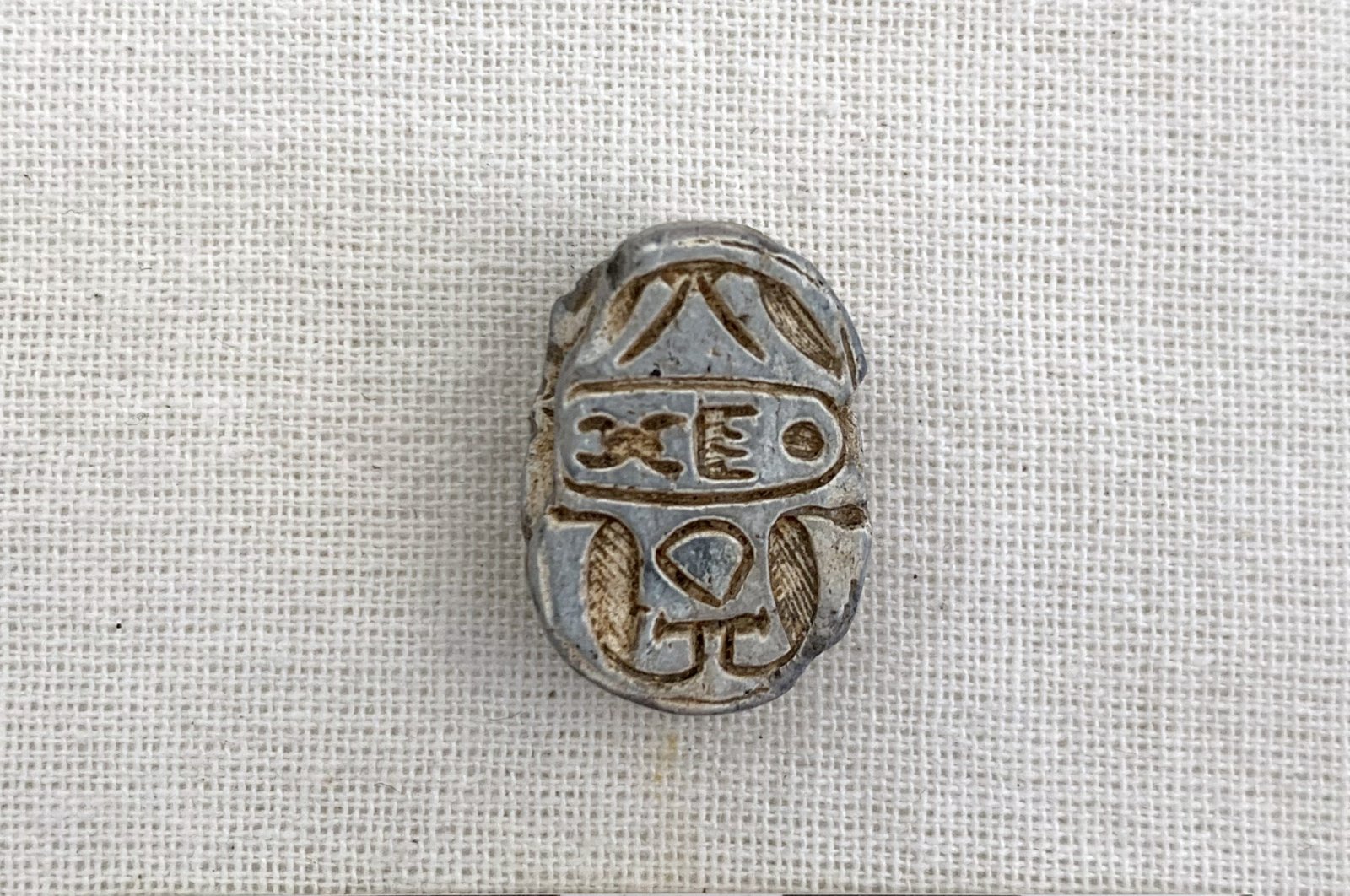 A scarab, an Egyptian seal in the shape of a scarab beetle, has been discovered in the ancient city of Comana Pontica, located in northern Turkey's Tokat province. The seal could be up to 3,000 years old, according to initial observations, and it may shed light on the history of the region during the Hellenistic period.

Archeological work in the ancient city has been ongoing since 2004. The current excavation team is under the leadership of Burcu Erciyas, a professor at Middle East Technical University (METU). Erciyas believes that the recent discovery can reveal the international importance that the city of Comana held during the Hellenistic period.

"We have discovered many new findings in 2020 with extensive excavation work. Maybe the most interesting one of these has been the scarab from Egypt, which is a beetle-shaped seal or amulet adorned with hieroglyphic inscriptions. This is an important finding regarding Comana's international relations," Erciyas told Anadolu Agency (AA).

She also provided details on the age of the seal. "We studied the hieroglyphs on the seal and the inscribed name belonged to Thutmose III, the sixth pharaoh of the 18th Dynasty of Egypt, who ruled between the years of 1479 B.C. and 1429 B.C.," Erciyas said. "There have been other scarabs of Thutmose III discovered in archeological sites, some even in Anatolia, which show that these amulets were used up until the fourth or fifth century B.C."

Archeological digging and excavations in Comana Pontica have revealed centuries or even millennia-old history of ancient structures, monuments and works belonging to a wide range of historical states including the Ottoman, Seljuk and Roman periods. So far, a burial plot, churches and a settlement area have been unearthed.

It is believed that the ancient city was founded under the Kingdom of Pontus during the reign of Mithridates I in the Hellenistic period, the time between the death of Alexander the Great in 323 B.C. and the emergence of the Roman Empire around 31 B.C.

Comana Pontica was originally a sacred ground with a Hittite temple in its center dedicated to the goddess Ma, a local Anatolian goddess meaning "mother" who also bore the epithets "Invincible" and "Bringer of Victory." The city became a center of trade and commerce in time and retained its independence during the rise of the Roman Empire. It attracted many visitors with its regular festivals, rich marketplace and fertile land.

Titled the Comana Pontica Archeological Research Project, the site has been under the archeological lens of METU and the Scientific and Technological Research Council of Turkey (TUBITAK). The work is still ongoing and excavations to further unearth the ancient city's rich historical texture are underway.

Today, one can visit Comana Pontica in Gümenek village, 7 kilometers (4.3 miles) northeast of downtown Tokat, any day of the week without a fee.