It was very common for ancient Egyptians to be buried with mummified birds as offerings to the gods, including Horus, Ra or Thoth. In fact, the number of sacrificial birds of prey and ibis buried with Egyptian mummies is thought to reach into the millions.

But up until now it hasn't been clear whether the birds were bred for this specific purpose (as cats were) or captured in the wild.

New research looking at the chemical composition of these birds strongly suggests they were wild and untamed, living out in the natural world before being entombed.

Which begs the question: how did ancient Egyptians catch all these birds?

"Whether these birds were industrially raised or massively hunted is a matter of heavy debate as it would have a significant impact on the economy related to their supply and cult, and if hunted it would have represented an ecological burden on the birds' populations," write the researchers in their published paper.

It was the eating habits of these birds that helped solve the mysterious origins of these birds – the isotopic make-up of feathers, bones and embalming strips taken from 20 ibis and other bird mummies from the Musée des Confluences in Lyon revealed a wide and varied diet.

Not a diet, in other words, that you would get in captivity.

The researchers compared the oxygen, carbon, nitrogen, sulfur, calcium, barium, and strontium mix of the samples against human mummy remains of the same period, which turned out to be much less exotic.

This suggests the birds of prey regularly migrated out of the Nile Valley, while the ibis were likely a permanent local population but ventured further around the valley to gather food than the Egyptian people who mummified them.

Death was big business in ancient Egypt, and so were mummified animals. Most of their gods took the form of an animal, and cats and birds were considered to be representations of the deities here on Earth.

Human beings were preserved as mummies to reach the afterlife, and animals were placed alongside them in the same style for several reasons – as offerings to the gods, as food for the afterlife, and as a way of sending beloved pets to whatever lay beyond death. It was the offering type of mummified bird that was analysed here.

Based on findings from archaeological digs, it's thought that animals were buried in their tens of millions. In the case of birds, remains have been found at all stages of life, which led to the idea that they were farmed and bred in captivity in some way. This practice is also mentioned in some writings of the time. 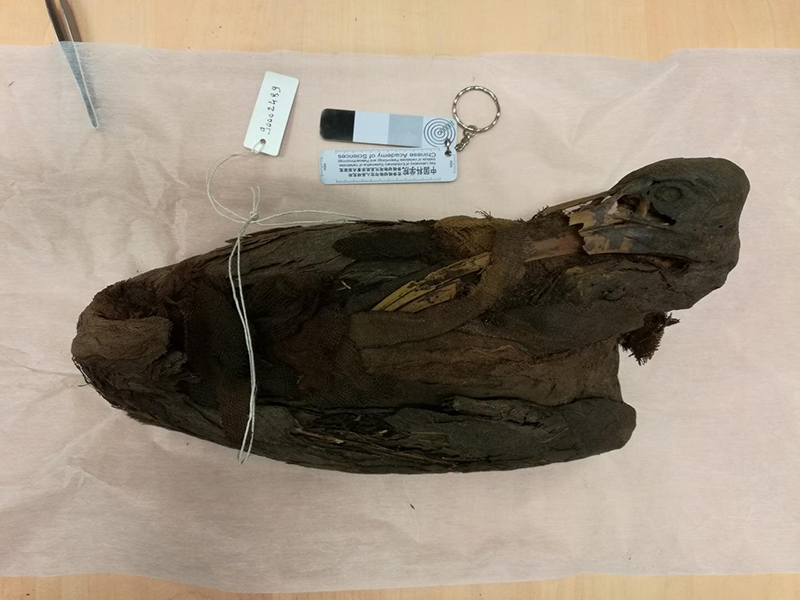 On the other hand, there's also evidence in ancient Egyptian paintings of birds being captured out in the wild, and a 2019 study of mummified bird DNA suggested that these were migratory birds that had perhaps been tamed for a short time. This new study adds weight to the second hypothesis, that the birds were wild.

This also suggests the Egyptians must have had an extensive poaching network to collect these birds of prey and ibis by the millions.

These studies of chemical traces are helpful ways of peering into the past – nitrogen in animal proteins is supplied almost entirely by their diet for example, while carbon levels also offer clues about where they've been feeding.

With these sort of modern-day analysis techniques, and others including X-ray imaging, a better picture of how ancient Egyptians lived and died can be put together.

"From the studied sample set, it seems that large scale breeding of birds for mummification was unlikely, as supported by a genomic study, but also short-term taming as evidenced by large stable isotope variability," conclude the researchers.

The research has been published in Scientific Reports.