The coffins are 2,500 years old and still retain some original colours A collection of more than 13 intact and sealed coffins has been unearthed in Saqqara, the first step towards a huge discovery to be announced soon on site, a statement by the tourism and antiquities ministry said.
They were unearthed inside an 11-metre deep shaft, where three sealed niches were also found. The coffins are 2,500 years old and still retain some original colours, the statement added.
Tourism and Antiquities Minister Khaled El-Enany and Mustafa Waziri, the secretary general of the Supreme Council of Antiquities, inspected the excavation work carried out in the shaft on Sunday and found that the coffins were stacked on top of each other.
Initial studies indicate that the coffins are completely sealed and have not been opened since they were buried inside the shaft, and that more are likely to be found in the same location.
Waziri said that the exact number of the coffins as well as the identity and titles of their owners have not yet been determined, but these questions will be answered during the next few days as the excavation work continues.
El-Enany thanked the workers on site for working in difficult conditions while adhering to coronavirus health and safety measures.
"This discovery includes the largest number of coffins in one burial since the discovery of the Al-Asasif cachette," he said. 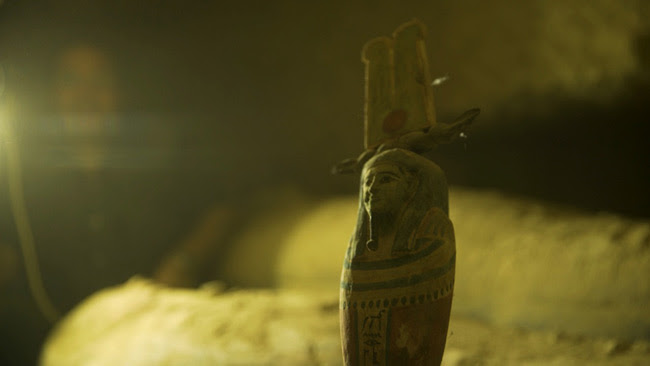 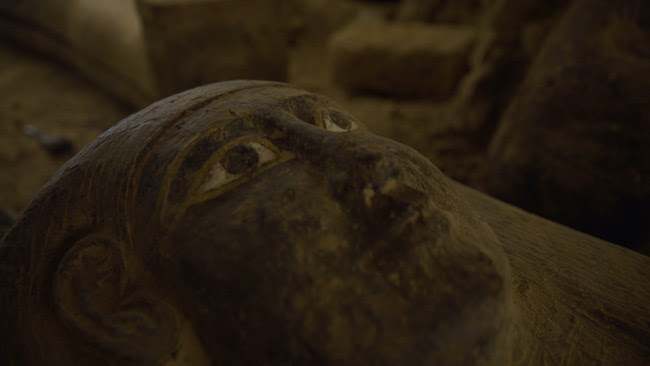