The exciting Bronze Age discovery was made in a rock shelter in Azerbaijan, and it suggests that the ancient people who designed it had long-reaching and intriguing cultural exchanges. 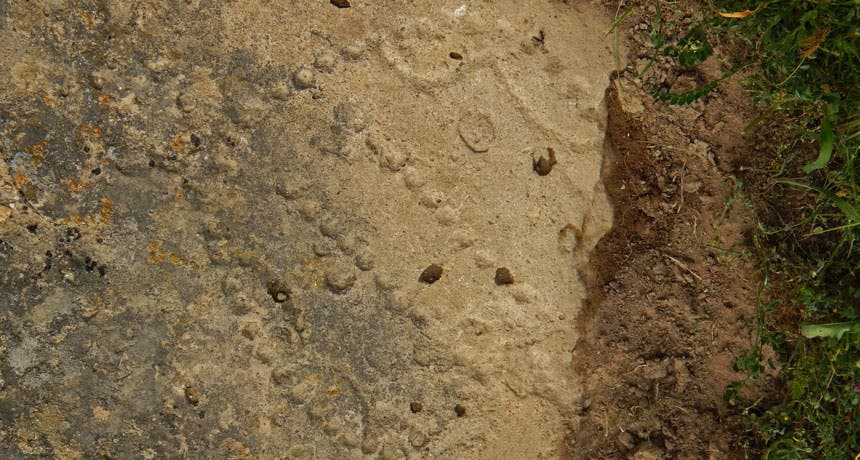 A game called "58 Holes" or "Hounds and Jackals" is believed to have been invented in Egypt 4,200 years ago, becoming increasingly popular over the next centuries, and ultimately fading away some 3,650 years ago. But before its popularity dropped, it reached other parts of the world, such as Mesopotamia and Persia, where it also became pretty common.

At least 68 gameboards of 58 Holes have been found archaeologically, including examples from ancient cities such as Babylon, Ur, and Thebes. Archaeologist Walter Crist had been looking for examples of the game in the Azerbaijan area (which lies in the Caspian, a former USSR region). He got lucky when he found a photograph in an Azerbaijani online magazine. He had a contact in the country and arranged to visit the country in April 2018. His luck, however, took a turn for the worse: the site had been scrapped by bulldozers to develop a residential neighborhood. Thankfully, a science official learned of the situation and informed Crist about another similar pattern.

The archaeologist traveled to the new site and indeed found another board game sketched on the inside of a Bronze Age rock shelter that dated to approximately 4,000 years ago. Although precise dating has not been carried out, the archaeological context strongly suggests this approximate time frame.

"Bronze Age herders in that region must have had contacts with the Near Eastern world," Crist said. "Ancient games often passed across cultures and acted as a social lubricant."

The "Hounds and Jackals" name comes from decorative shapes of the heads of playing pins found in Egyptian sites, where one player's pins would be sculpted in the shape of a hound, whereas the other player would have jackals.

The pegs found at some archaeological sites were made of valuable materials such as gold, silver, or ivory. Of course, most versions would have featured simpler pegs made from wood, but these would have perished by now.