Nefertiti – an answer to the 3300-year-old Egyptian mystery?

I gave up holding my breath on this one a long time ago. 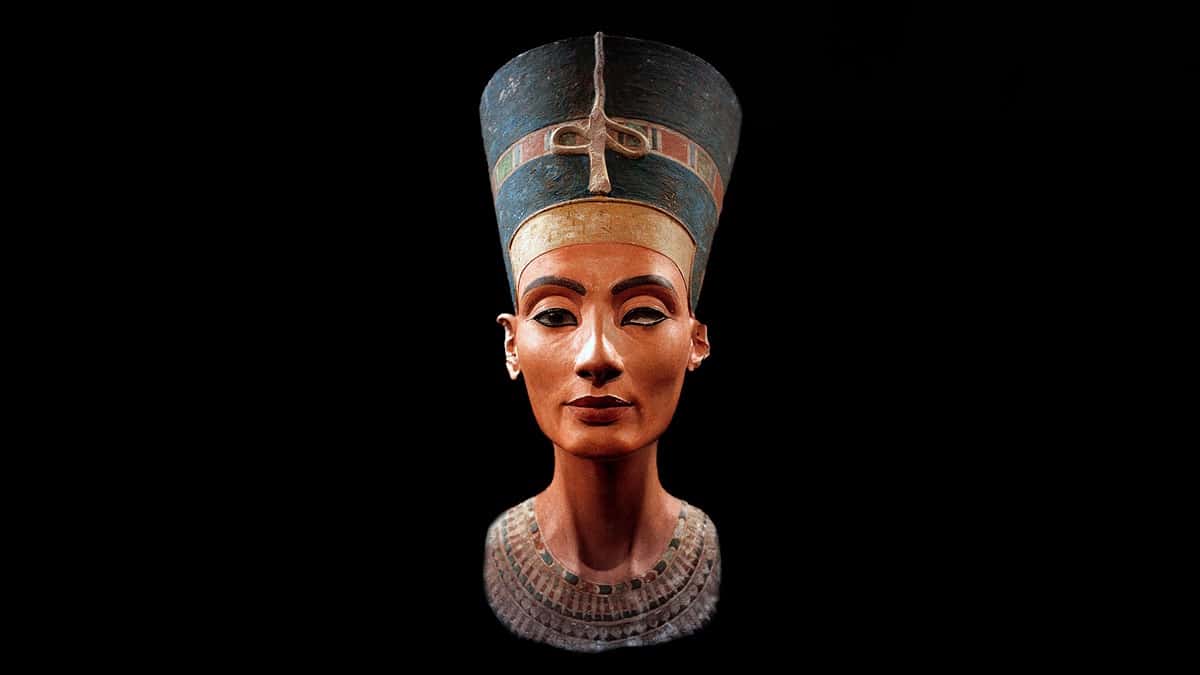 Egyptologist and former Minister for Antiquities says yes, but you have to wait.

It's the face that has launched a thousand books, not to mention millions of package tours and fashion items. Now a leading archaeologist claims he has found the body of Egypt's most famous ancient queen – Nefertiti.

Egyptologist Dr Zahi Hawass says he has used DNA to identify the body of the wife of Egypt's 'heretic king' Pharaoh Akhenaten. And he knows her exact relationship to Egypt's most famous son – Pharaoh Tutankhamun, also known as King Tut.

He's going to wait until October to tell the world formally.

November 4th will be the 100th anniversary of the discovery of King Tut's tomb. And Egypt is planning to make the event the centre of a national celebration.

Hawass has teased a few critical details to raise anticipation.

The high-profile former Egyptian Minister of Antiquities first broke the news at the launch of the "Daughters of the Nile Exhibition" in Madrid, Spain, last month.

"I'm sure I'll reveal Nefertiti's mummy in a month or two," Hawass confirmed in a wide-ranging interview published in the Spanish newspaper El Independiente last week.

"In October, we will be able to announce the discovery of the mummy of Ankhesenamun (Tutankhamun's wife) and her mother, Nefertiti. There is also in tomb KV35 the mummy of a 10-year-old boy. If that child is the brother of Tutankhamun and the son of Akhenaten, the problem posed by Nefertiti will be solved."

Is Nefertiti Pharaoh Akhenaten's cousin? Or a foreign princess?

Is she Pharaoh Tutankhamun's mother? Aunt? Both?

Did she defy all convention and ascend to the throne after Akhenaten's death? Was she co-regent with the underage boy-king? Or is this all just speculation by overly-eager historians attempting to connect a few distantly spaced 'dots'?

In recent years, reliable DNA has been extracted from the well-identified mummies of several 18th dynasty pharaohs – the bloodline of Akhenaten. Hawass has been cross-referencing these results with further testing of two unidentified female royal mummies found bundled in the looted tomb King's Valley (KV).

He now says he's confident he has an answer.

"I am sure that I will reveal which of the two unnamed mummies is Nefertiti," he told El Independiente.

Nefertiti's enemies tried hard to erase all evidence of her existence. We know she lived somewhere between 1370 and 1330 BC, that she was the most favoured of Pharoah Akhenaten's two wives, and that her titles We know her titles included "Great Royal Wife", "Mistress of Joy", and "Lady of Grace."

We know little else says Egyptologist Aidan Dodson, author of Nefertiti – Queen and Pharaoh of Egypt: Her Life and Afterlife.

Nefertiti certainly stood by her man as he overturned centuries of tradition. He took wealth and power away from the priests of Egypt's many gods. In their place, he set himself as the living incarnation of a supreme sun god – the Aten. It sparked a cultural revolution, and we know Nefertiti played a central part in this.

Newly naturalistic art shows her adopting clothing, titles and poses previously reserved for male pharaohs. She even took the place of the goddesses guarding the corners of her husband's sarcophagus.

We know a pharaoh ruled alongside Akhenaten in his final years and continued to rule after his death. Was this Nefertiti?

We know Tutankhamun's father was Akhenaten. But was his mother Nefertiti, or the other queen – Kiya? Both are only shown with their daughters.

We know Nefertiti was beautiful.

The queen shot to eternal fame after the discovery of an extraordinary bust of her face amid the ruins of Akhenaten's abandoned capital city, Amarna, in 1912. It was found alongside the smas

hed remains of a similar stucco-coated limestone image of her husband in an artisan's workshop.

Read more on Archaeology: This scientific project transformed a North American indigenous community to become caretakers of their own history

The bust of Nefertiti is part of the Egyptian Museum and Papyrus Collection, which along other prehistoric and classical collections, is housed in the newly restored Neues Museum in Berlin.

Nefertiti's beauty went on to infatuate the world.

Hawass says he wants to inspire a global campaign to have the bust returned to Egypt. "But my dream right now is to locate Nefertiti," he adds. "I'm sure I'll reveal Nefertiti's mummy in a month or two."

The story of Pharaoh Akhenaten's radical heresy is poorly understood.

He initially took the throne of Egypt under the name Amenhotep IV. Like the pharaohs before him, he ruled from Thebes.

But, eight years later, he had adopted a new name, a new god and a new capital city.

He had several daughters with his two known wives. Though it is generally believed Tutankhamun was his only son.

Akhenaten most likely died in the 17th year of his reign. What happened next is the subject of considerable debate. As is the role of his senior wife, Nefertiti.

The evidence is messy.

There are hints of another pharaoh ruling alongside Akhenaten in his later years. And this co-ruler is shown with all the traditional male trappings.

But one depiction shows the co-rulers in a somewhat intimate pose.

Were they gay lovers? Were they father and son? Were there two co-rulers?

Did Smenkhkare take the place of Neferneferuaten (another version of Nefertiti's name) upon her death? Or were they the same person?

Hawass thinks his discoveries offer fresh insight into this time of turmoil. "I really believe that Nefertiti ruled Egypt for three years after Akhenaten's death under the name of Smenkhkare," he told El Independiente.

The days of Akhenaten and Nefertiti's brave new world were numbered.

Upon inheriting the throne, the boy king re-named himself Tutankhamun – "living image of Amun". And that marked the restoration of the old religion and the return of the priests' dominance in Egyptian politics.

They quickly set about erasing all evidence of the heresy.

Statues were smashed. Names hacked away. Faces scratched out from the rock.

The city of Armana was abandoned. Aten's temples were levelled. And many of the treasures associated with his family were "rebadged" under Tutankhamun's new name.

That's left few clues for historians to piece together their story.

But traces of this tumultuous time continue to be found.

Hawass has also been excavating another discovery, the "Golden City" in Luxor (Thebes). It is the ruins of Akhenaten and Nefertiti's original palace before moving to the entirely new city of Armana.

"In the Golden City, I found the name of Smenkhkare," Hawass says. "I am sure that we will find more evidence about Tutankhamun."

He adds that his team has identified the site of a ceremonial lake on the city's western edge. "We are currently restoring and excavating the area to find more information about its inhabitants. We're not done digging yet," he adds.

Hawass says he is also looking for Nefertiti's original burial place. He dismisses a controversial theory put forward in 2015 By Dr Nicholas Reeves that it may be hidden behind the walls of King Tut's tomb.

Originally published by Cosmos as Nefertiti – have the Egyptians answered the 3300-year-old mystery?

Jamie Seidel is a freelance journalist based in Adelaide.