The Egyptian embassy in Switzerland has recovered a smuggled ancient Egyptian statue, the Ministry of Foreign Affairs announced on Tuesday. 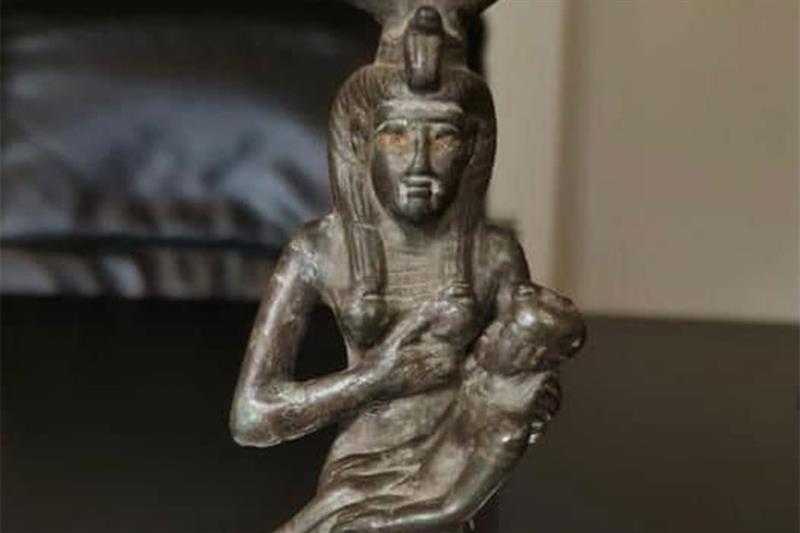 The bronze statue is a representation of the goddess Isis carrying Horus the Child, and it has been dated to the late period of ancient Egypt.

In June, the Egyptian embassy in Switzerland announced that it was arranging the repatriation of a collection of ancient artefacts after receiving them from the Swiss Federal Cultural Office in August 2021.

The collection includes a segment of an alabaster statue of a woman, a stone carving representing a part of the deity Bes, a human head-shaped lid for a canopic vase made of stone, a stone sphinx statue, a stone panel with ancient Egyptian inscriptions, and a cylindrical alabaster vase.

The repatriation is in line with an agreement Egypt and Switzerland signed in 2010 on the return of illegally acquired artefacts to their original homeland.

From 29 May to 2 June, a technical delegation comprised of officials from the Ministry of Tourism and Antiquities visited Switzerland and discussed with their Swiss counterparts the recovery of smuggled Egyptian antiquities and ways to enhance cooperation between the two sides in that regard, the foreign ministry previously announced.