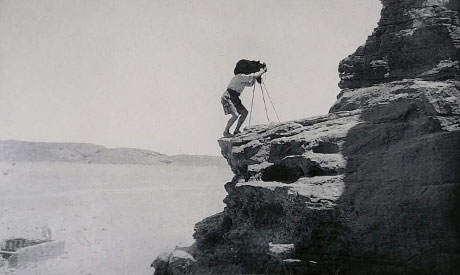 Archaeology is a fascinating realm in which every detail carves the way to a historic revelation. Equally enchanting is the documentation of excavations.

Published in 2017, Scenes From Egypt, Photographic Gems from the French Institute of Oriental Archaeology in Cairo (IFAO) is a book that contains photographs of excavations from the desert to the Nile. Translated to Arabic by Emad Adly, it took Delphine Driaux and Marie-Lys Arnette around two years to compile these photos.

"It all started during a short-term contract I had signed with the Archives Department of the IFAO. Many archival documents, especially photos, were in my hands. One day I showed some of these photos to my colleague, Dr Marie-Lys Arnette, who thought they were beautiful. I suggested we publish them in a book to reach a wider public," Driaux told Ahram Online.

"Then I proposed the idea to Mathieu Gousse, director of the IFAO editorial department, who thought it was a great project. I asked Marie-Lys Arnette to take part," explained Driaux.

The book reflects upon many themes. "We evoke the work of French Egyptologists in Egypt, the archaeology, techniques, and methods of the time. We talk about the scientists, of course, but also about the workers, without whom few things would be possible in this field. Some photographs have an ethnographic dimension. They bear witness to the life of Egyptians who live near archaeological sites or work with the missions," she noted. 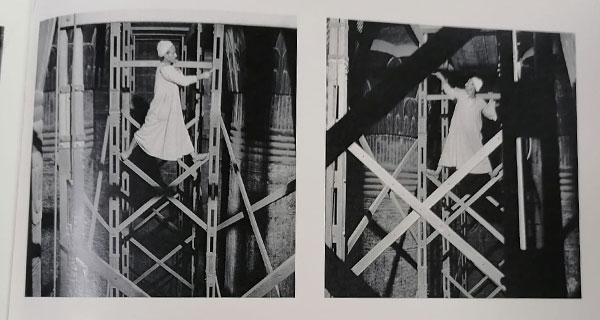 The first photo in the book, its cover, reflects such themes vividly. Named Wadi Al-Kanayes, 1910, the glass plate negative reveals the photo of a photographer in action. The anonymous photographer is standing at the edge of a cliff, occupied with his object of photography. They named him the acrobat photographer because of his dangerous physical endeavours to take a good photo. 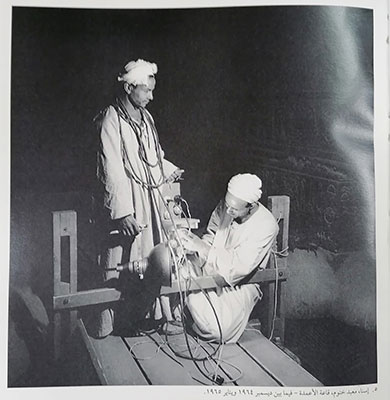 Other rare photos show the physical capabilities of the workers who are a great part of the excavations that are seldom revealed or celebrated. Between their ability to climb and maintain balance at the most dangerous heights, and in sheer darkness, Saadi Abbas and Omar Hussien were sitting skilfully putting up the electricity connection to be able to light up the Khanoum Temple in Esna sometime between December 1964 and January 1965. 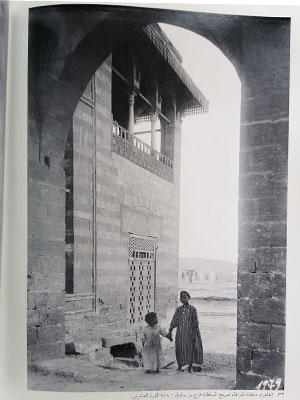 The book also puts in the limelight the archaeologists and Egyptologists behind excavations and gives us some perspective of their thoughts and background. One of them was a woman, which was not a common sighting in excavations back in the day.

"Ursula Schweizer was a Swiss Egyptologist born in 1916. In 1935, she began to study Egyptology, Classical Archaeology and Ancient History at the University of Munich. She completed her doctorate in 1942 on the topic of Lion and Sphinx in Ancient Egypt. After she obtained her doctorate in 1942, she became a regular assistant at the Egyptian State Collection in Munich. After World War II, Schweitzer became an assistant at the Institute for Prehistory and Early History at the University of Basel. In 1946, she was the second woman to become a scientific member of the IFAO (after Christiane Desroches-Noblecourt). She travelled the Nile Valley as far as Sudan, the oases in the Western Desert, and the Eastern Desert as far as the Red Sea. She took part in several excavations, including in Deir El-Medina... She lectured from 1950 onwards and subsequently established Egyptology at the University of Basel. In 1954 she became a corresponding member of the German Archaeological Institute. In 1954, 1956, and 1958 she travelled again to Egypt and Sudan. In 1957, she was appointed Extraordinaria by the University of Basel. She died in 1960," she added. 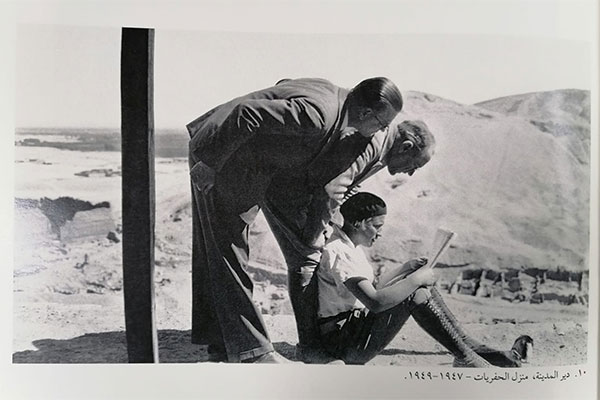 The woman in the photo is Ursula Schweizer, Swiss Egyptologist.

Among other outstanding archaeologists highlighted in the book is Jules Couyat (1881-1965). He was attached with a doctoral scholarship to the Mineralogy Laboratory of the Natural History Museum in Paris and had obtained two degrees in natural sciences. In 1906, he became a member of the IFAO. The director of the institute at the time, Emile Chassinat, wanted him to conduct geological research. From 1906 to 1911, one of his main tasks was to explore the Eastern Desert. On this occasion, he documented many ancient sites. He also worked with Pierre Montet in the Ouadi Hammamat. In 1912, they published together the book Les inscriptions hiéroglyphiques et hiératiques du Ouâdi Hammâmât. In 1913, he changed his name to Jules Barthoux. After his work in Egypt, he continued his career with the French Archaeological Delegation in Afghanistan. 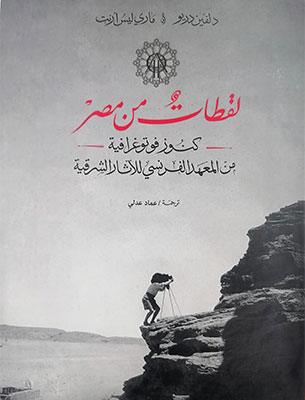