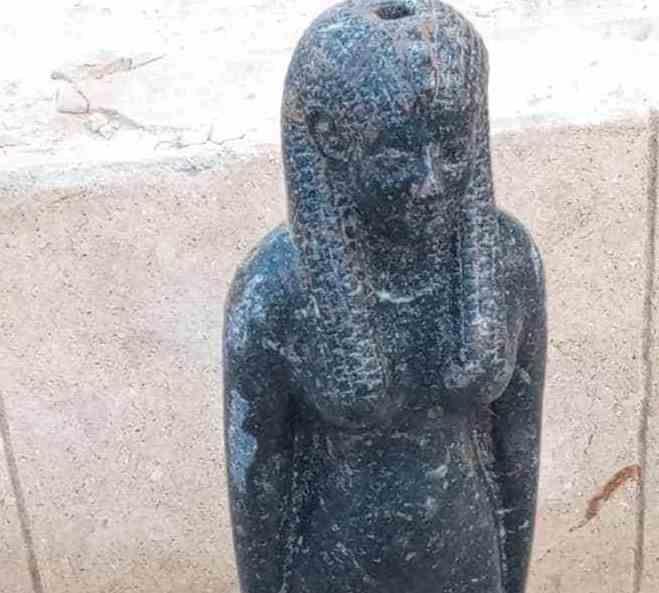 (MENAFN - Daily News Egypt) Egypt's Ministry of Tourism and Antiquities announced, on Monday, the discovery of new archaeological finds dating from the reign of Ramses II and from Egypt's Coptic era.

In a statement, the Supreme Council of Antiquities announced that a number of carved stone blocks and statues were discovered during excavations 2km southeast of Memphis, in the modern day area of Mit Rahina, in Giza.

Memphis was Ancient Egypt's capital in the Old Kingdom, and remained an important city throughout Ancient Egyptian history.

Secretary General of the Supreme Council of Antiquities, Mostafa Waziri, said the statues are made of pink and black granites as well as limestone.

The excavation mission that made the discoveries also found limestone blocks dating back to the Coptic era, indicating that the blocks were recycled in later eras.

Waziri added that the mission also discovered a statue of the Pharaoh Ramses II, which was accompanied by a number of statues representing different deities. These include the warrior goddess Sekhmet, who was seen as the protector of the Pharaohs and led them into warfare, and the sky goddess Hathor, who the Pharaohs took up as a symbolic mother.

A statue of Ptah, who was regarded as the god of creation and who existed before all other things, was also discovered.

The excavation work will continue until all the archaeological pieces and monuments at the site have been conserved, the Ministry of Tourism and Antiquitiesadded.

Ramses II is widely regarded as one of the most powerful pharaohs of the Nineteenth Dynasty and the New Kingdom, as well as one of Ancient Egypt's longest lived monarchs. During the early part of his reign, Ramses II focused primarily on building cities, temples and monuments, which have left a lasting legacy that can still be seen today.

His reigh, however, has become just as well known for the several successful military expeditions he undertook in the Levant, Libya and Southern Nubia. Archaeologists believe that he took the throne in his late teens, ruling Egypt from 1279 BCE to 1213 BCE.