Dramatic Mirrored Orb Sits in Front of the Giza Pyramids 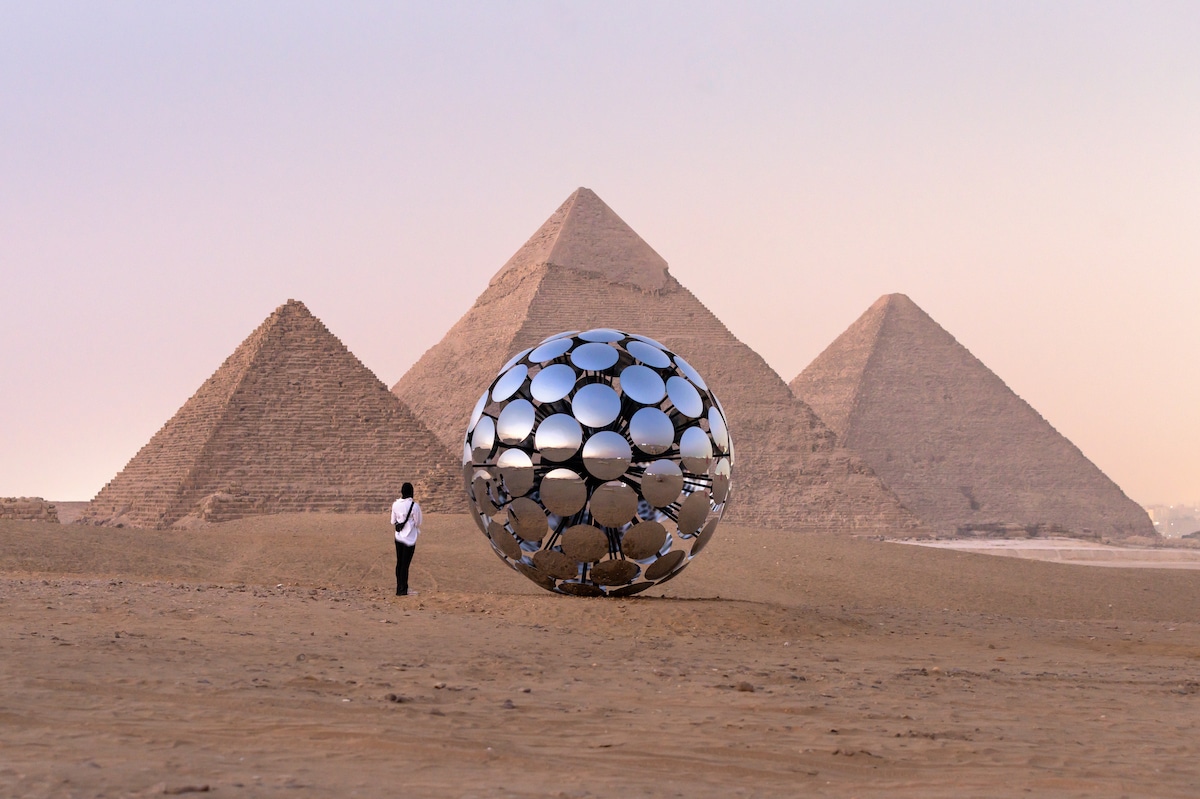 The Giza pyramids are the dramatic backdrop for a new installation by anonymous Spanish artist SpY. Inspired by Egyptian symbolism and mathematics, the piece is part of the exhibition Forever is Now II. Organized by Culturvator/Art D'Égypte, the exhibition asks artists around the world to take inspiration from Egypt's rich cultural history. In SpY's case, he looked at the logical and spiritual world of Ancient Egypt to put together his piece, ORB.

The sphere is created from a cluster of circular chrome mirrors, allowing bystanders to soak in the surrounding environment that is reflected back at them. The form is based on the number pi, which is concealed within the geometry of the pyramids. SpY, understanding the importance of geometry and mathematics in Ancient Egypt, carefully looked at the measurements of the pyramids. What he discovered is that when one divides the perimeter of a pyramid by twice its height, the result is very close to pi.

"The sphere is an invisible part of the resulting geometry since a sphere with a radius as high as the pyramid would have a circumference very close in length to the pyramid's perimeter," the artist writes in a statement.

The use of mirrors is tied to the spiritual beliefs of the Ancient Egyptians. "The Egyptians believed that life in the beyond was a reflection of life on earth and it was thought that mirrors had magical properties. They also linked mirrors to the sunlight that contributes to resurrection, the regeneration of the corpse," the artist shares. "The construction of our sculpture shows these intentions. Like those mirrors, the sun, light, the surroundings, visitors will be reflected, creating a living link with the regeneration of life."

Forever is Now II, organized in collaboration with UNESCO and the Egyptian Ministry of Tourism and Antiquities, brings together the artwork of twelve international artists and will run until November 29, 2022.

ORB is a new installation by Spanish artist SpY that is set against Egypt's Giza pyramids. 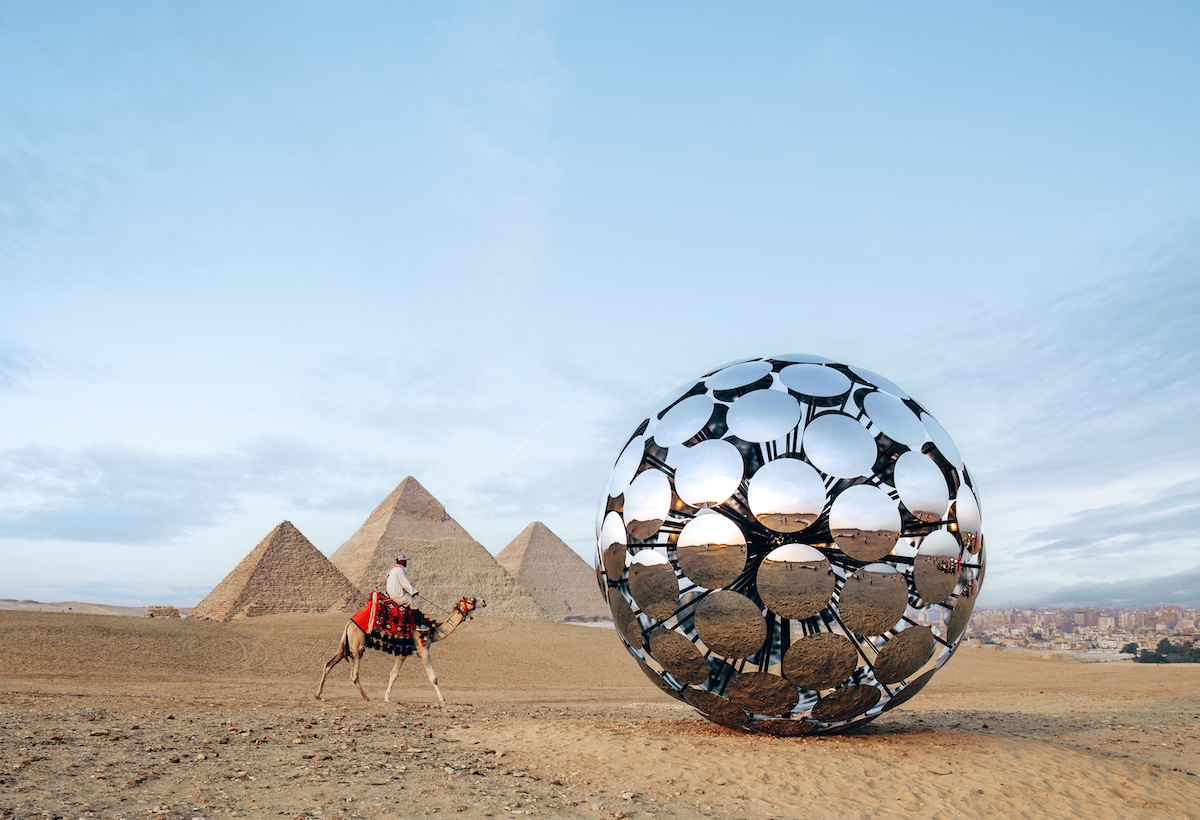 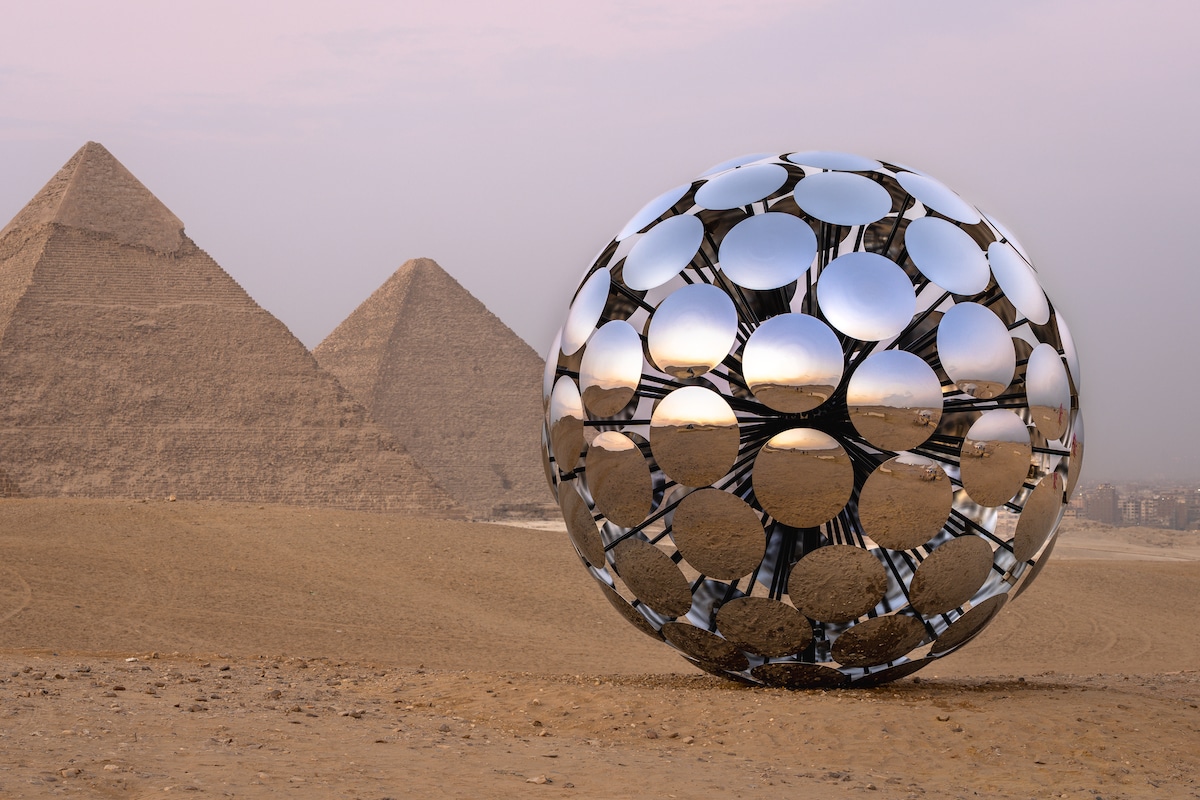 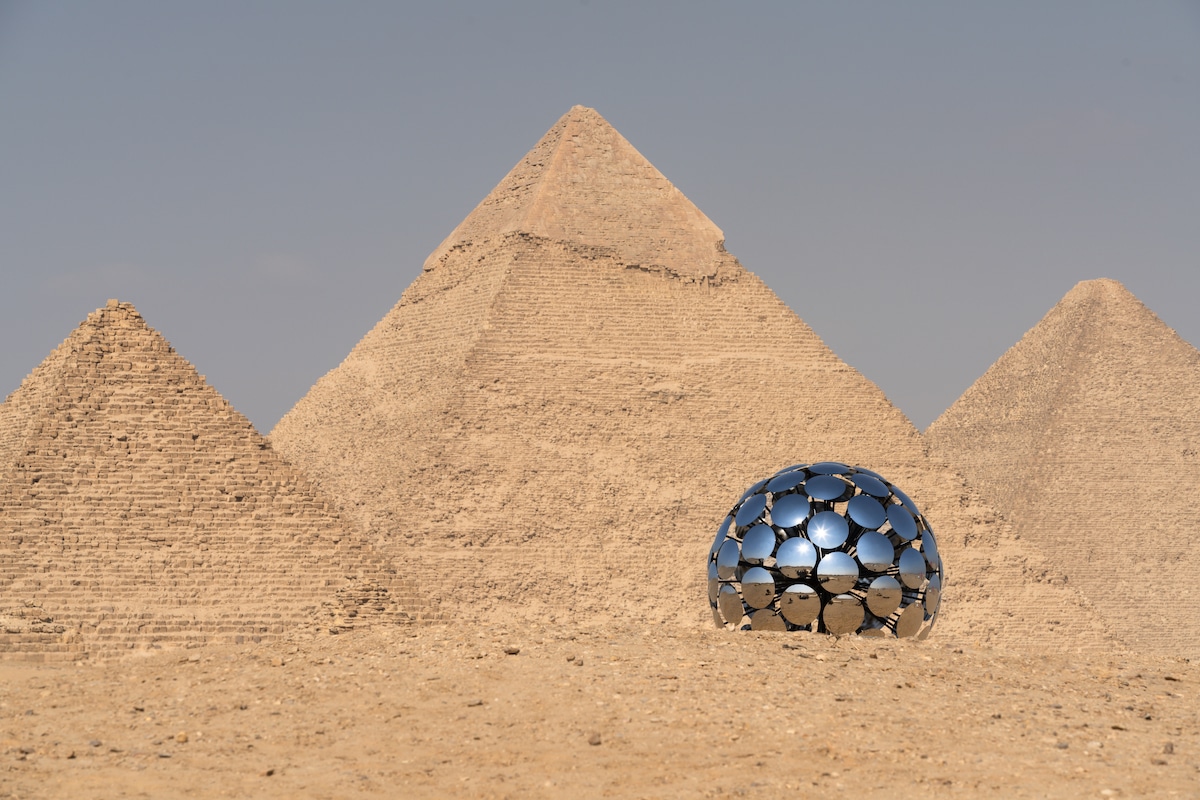 The sculpture is inspired by Egyptian symbolism and mathematics. 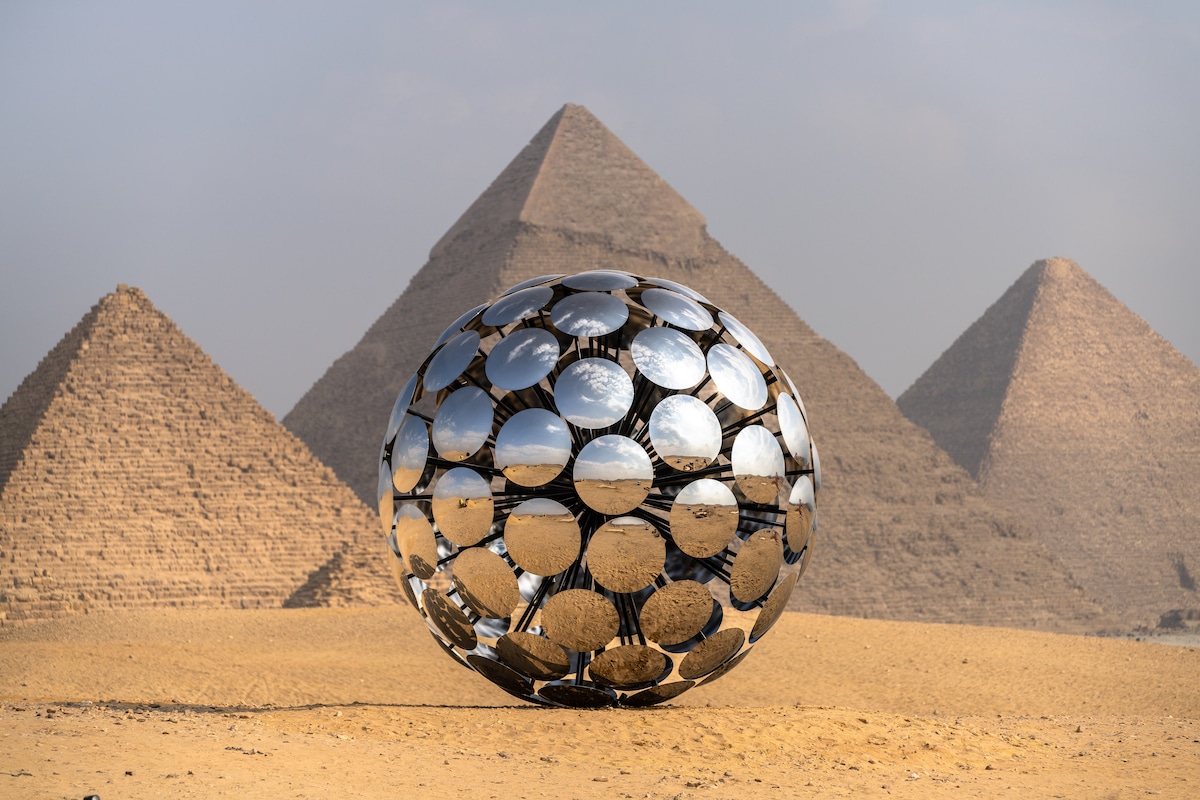 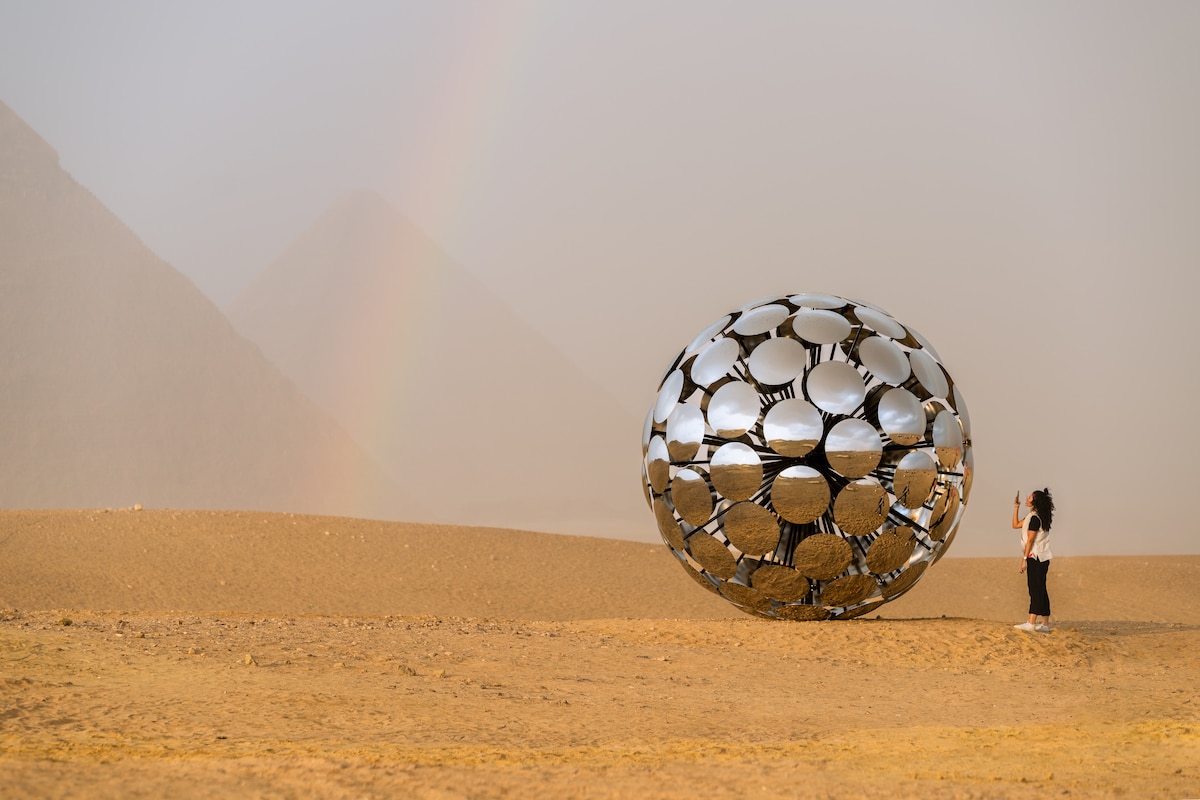 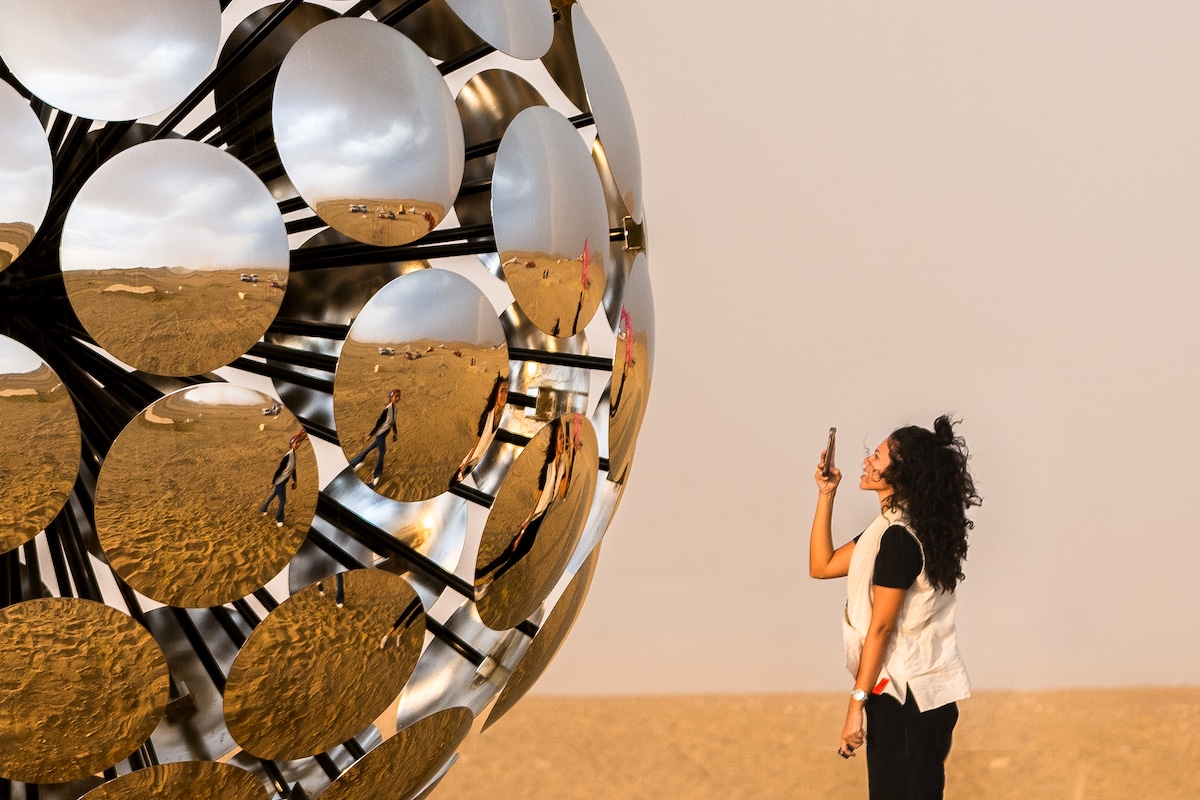 At night, the mirrored sphere glows from within, adding another layer of mystery. 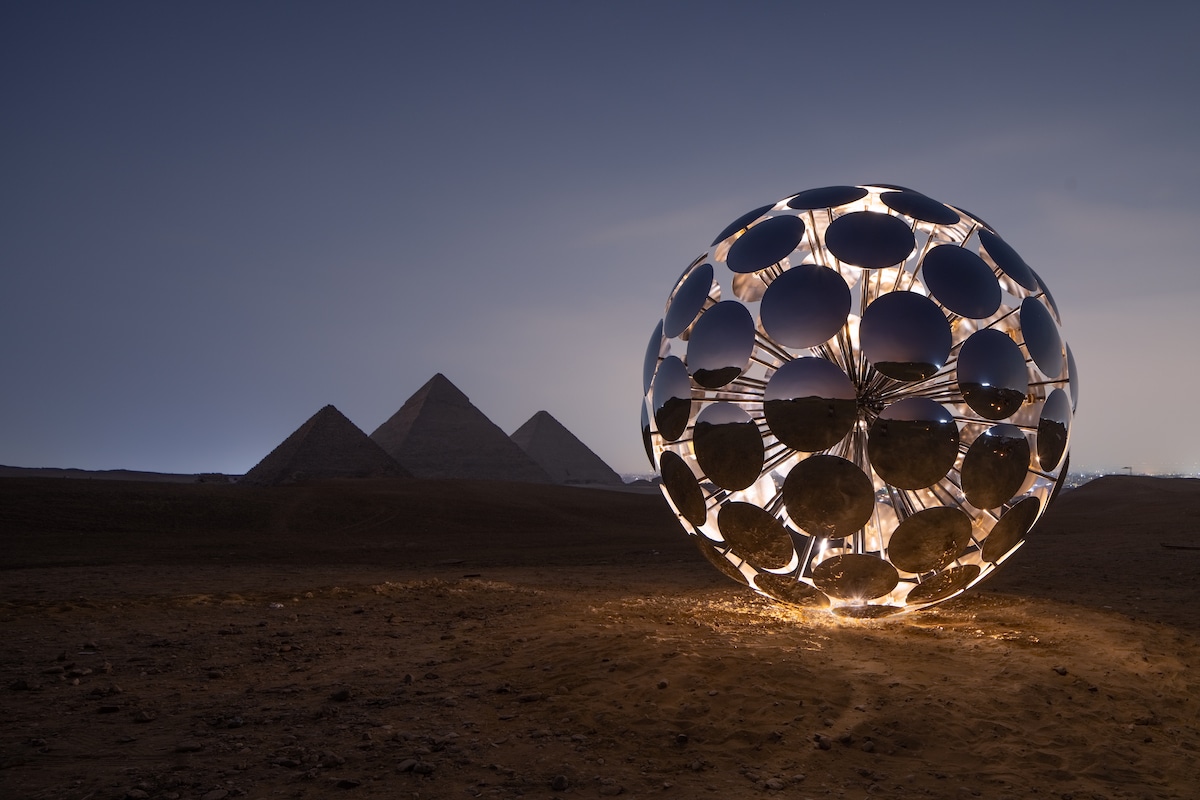 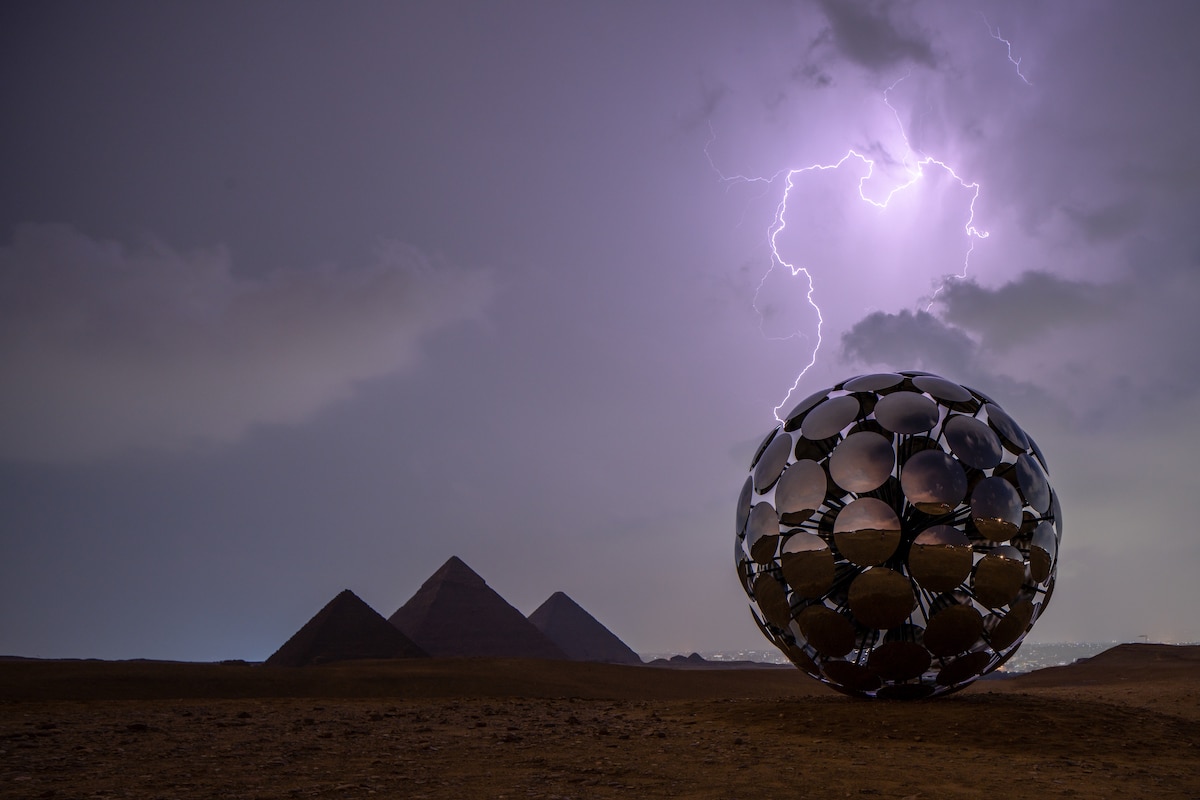 The piece is part of the Forever is Now II exhibition, which runs until November 29, 2022. 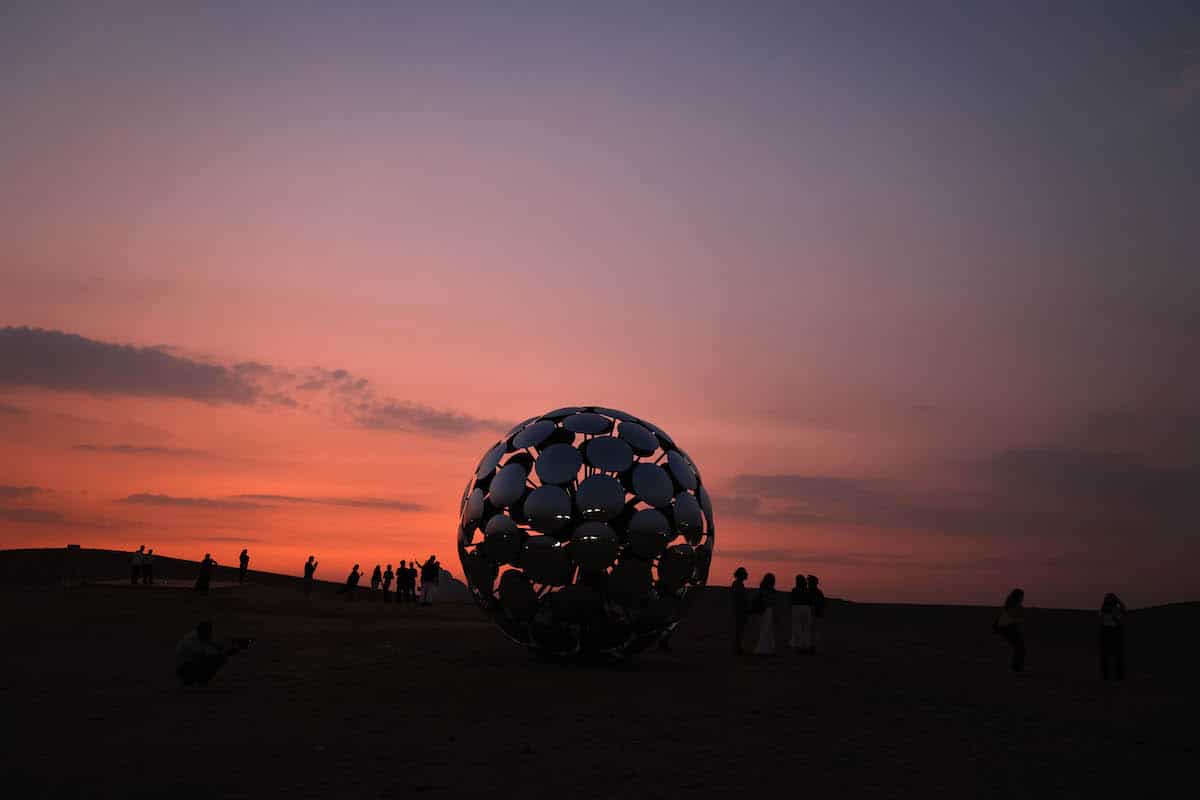 My Modern Met granted permission to feature photos by SpY.