Louvre Abu Dhabi and Getty APPEAR together on Romano-Egyptian links 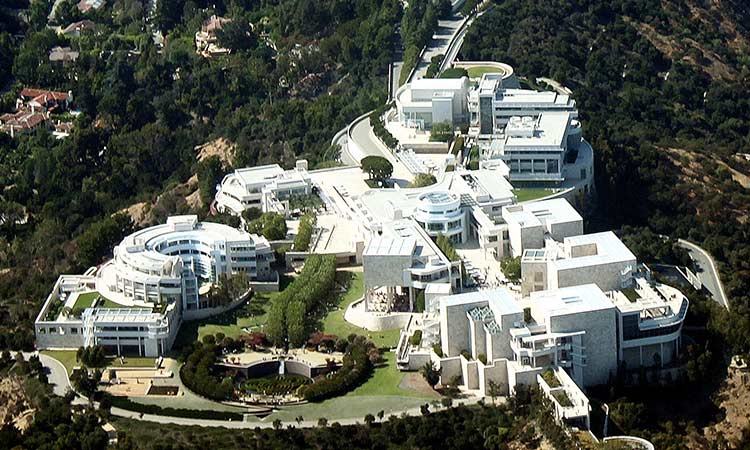 Museum major Louvre Abu Dhabi has announced its participation in a global research project with the J Paul Getty Museum, USA, and 47 other institutions, to investigate Romano-Egyptian funerary portraits, considered to be some of the most spectacular artworks from the ancient world.

Launched in 2013 by the Getty Museum's Department of Antiquities Conservation, the APPEAR (Ancient Panel Paintings: Examination, Analysis and Research) project aims to analyse and share the secrets of these funerary portraits, found in the collections of several major international museums. The objective of APPEAR is to expand the knowledge and critical understanding of the methods and materials used to create the paintings.

The development of mummy portraiture may represent a combination of Egyptian and Roman funerary tradition, since it appears only after Egypt was established as a Roman province. Created as portraits of the deceased, these artefacts meld artistic methods and styles of the Greco-Roman period with the 2,000-year old Egyptian funerary tradition.

Louvre Abu Dhabi joined the APPEAR project in 2019 to analyse the artwork Funerary Portrait of a Man with a Cup (225–50 CE), a prime example of a Romano-Egyptian funerary portrait in the museum's collection. The project is led by a team of researchers and scientists from Louvre Abu Dhabi with the support of NYU Abu Dhabi (NYUAD).

Their findings also shed light on the journey of the Funerary Portrait of a Man with a Cup throughout time, by revealing sections that may have been painted over or restored as the artwork was handed down.

"APPEAR is one of Louvre Abu Dhabi's most significant collaborations to date. Through this project, we seek to encourage scholarly studies, as well as contribute to international academic research," said Dr Souraya Noujaim, Scientific, Curatorial and Collections Management Director at Louvre Abu Dhabi.

APPEAR follows several scientific processes. At Louvre Abu Dhabi, for instance, an X-Ray Fluorescence (XRF) spectrometer has been used to detect and identify most of the chemical elements that lie on the painting's surface. The data is then analysed to discover new information on funerary portraits, including how they were made, where they originated and who might have created them.

Approximately 1,000 mummy portraits survive from antiquity. Originally buried with the mummified bodies of the deceased, the ancient paintings bring modern viewers face to face with people who lived in Roman Egypt 2,000 years ago. 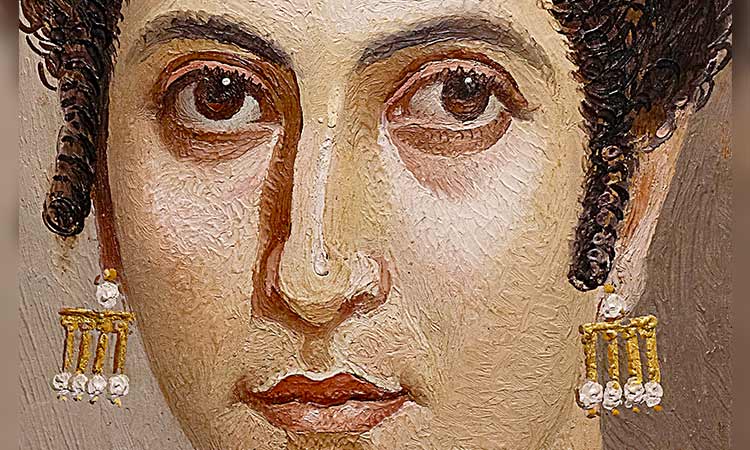 Close-up of a funerary portrait.

Although Romano-Egyptian funerary portraits are well published, the primary aim of scholarship to date has been to understand the individuals depicted on the panels. Less explored are the physical aspects of the works: Who made them? How did artists' workshops function? What technologies were used to fabricate these paintings?

Louvre Abu Dhabi is in the process of building its first laboratory of material analysis on artefacts. For APPEAR, museum scientists Elsa Bourguignon and Pablo Londero, collaborated with colleagues from NYUAD, Francesco Arneodo, Professor of Physics, and co-Director of the NYUAD Dhakira Center for Heritage Studies, Adriano di Giovanni, Research Scientist, and Rodrigo Torres Saavedra, Research Assistant. They assisted with conducting the research and analysis for APPEAR using NYUAD's portable XRF spectrometer.

"NYU Abu Dhabi is a liberal arts college and a research institution, where we highly value interdisciplinarity. Our application of techniques common in atomic and molecular physics to answer questions in the cultural heritage domain, is a perfect example of what we love to do," said Arneodo.

"The collaboration with Louvre Abu Dhabi on the APPEAR project is a wonderful opportunity and an example of how universities and museums can work together to answer questions and open opportunities for researchers and students."

Following the completion of the analysis of Funerary Portrait of a Man with a Cup, the results will be added to the APPEAR online database that is made available to other scientists and researchers. The first results of the findings will be published 2020-end.

In addition to the APPEAR project, Louvre Abu Dhabi's Research and Development department has recently launched several other research and conservation initiatives, elevating the museum's academic contributions to the field of art history.

The projects include programmes on medieval manuscripts and restorations of The Hunts of Maximillian tapestry and the Turkish 16th–17th century rider and horse armour, which is on view as part of the museum's recent exhibition, Furusiyya: The Art of Chivalry between East and West.

Social sciences as well as translation studies in the context of museums are also a part of Louvre Abu Dhabi's research programmes, developed in partnership with a network of UAE universities. The research projects aim to deepen knowledge of the museum's collection and improve the process of restoring and preserving the key artefacts that have defined civilisations throughout history.

The J Paul Getty Museum collects Greek and Roman antiquities, European paintings, drawings, manuscripts, sculpture and decorative arts to 1900, as well as photographs from around the world to the present day. Its APPEAR initiative include looking into themes such as the fusion of influences in Romano-Egyptian portraits — Greek ancestry, Roman identity, and Egyptian burial customs; identification of wood via electron microscopy, confirming the predominance of European timber imported into Egypt; geographical and temporal distribution of Egyptian blue used in ancient portraits and analysis of green pigments on Romano-Egyptian artifacts and their evolution across the Hellenistic and Roman periods.