On display will be items and statues from the Old Kingdom 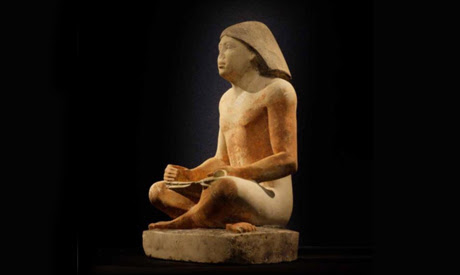 Dozens of ancient Egyptian artefacts have been brought to the National Museum in Prague, Czech Republic, in preparation for the "Kings of the Sun" exhibition which will be inaugurated at the end of the month.

The items, loaned from the Egyptian Museum in Cairo and several other institutions, were found by the Czech archaeological mission at the Abusir archaeological site.

The most valuable item on display will be a basalt statue of King Raneferef, carved around the year 2460 BC.

Also on display will be other items and statues from the Old Kingdom.

They will be on display until February 2021.