Although many of the world’s ancient treasures and artifacts have been recklessly destroyed or lost in the winds of time, those that we have been fortunate enough to keep unscathed possess immeasurable value and vital knowledge on the early days of humanity. As you may have noticed in some of our recent articles, one new-age tool that has emerged to help preserve and recreate these historical artifacts is 3D printing technology. Whether the goal is to restore relics that were destroyed by the heartless terrorist organization ISIS, or just to give museum-goers an in-depth look at the treasures buried with the Egyptian mummy named Neswaiu, 3D scanning and printing have become increasingly vital tools to keep our history intact.

Now, the UK-based Maidstone Museum is utilizing 3D printing technology to reconstruct the face of a 2,500-year-old mummy named Ta Kush. The museum will collaborate with medical and scientific experts from the Kent Institute of Medicine and Science and Liverpool John Moores University, who will conduct a CT scan of the mummy. This scan data will be used to create a digital facial reconstruction, which will be studied to help determine how the mummy looked before dying around the age of 14. The Maidstone Museum will also utilize 3D printing to create a physical model of the facial reconstruction, which will displayed and handled by the museum’s visitors.

The initiative is a part of the Heritage Lottery Fund (HLF), a £78,700 project that will be invested into redesigning the museum’s Ancient Civilizations Gallery, which is where Ta Kush and the reconstructions of her face will be put on display. Although the mummy was brought over to England back in 1820 and hasn’t been given an autopsy since 1842, the renewed interest in studying Ta Kush has stemmed from recent discoveries about her origins. The research is being carried out by specialists from the Impact Radiology Project, which is an online mummy database administered by the Western Ontario University. 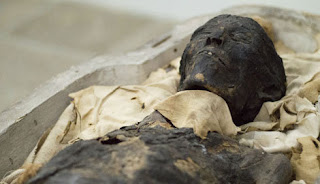 “We now know that she is Ta Kush and not Ta Kesh. For the last 150 odd years we have been calling her Ta Kesh. Ta Kush means the ‘Kushite woman’. This means that she was probably from the Sudan rather than Egypt itself. So we are already starting to look at her in a very different way even before we have undertaken the scan,” says Samantha Harris, the collections manager at Maidstone Museum. 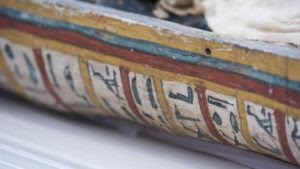 With this project, the museum team also hopes to figure out whether or not Ta Kush had given birth to a child and what kind of mummification process she received, as well as the reason for her death. In addition to the facial reconstruction project, the HLF initiative will also allow the museum redevelop their gallery, which will likely be thematically divided between life in ancient Greece and death in ancient Egypt. The redesign will be conducted in part by Cur8, the Maidstone Museum’s youth group, which will be tasked with creating a vivid display of what life as an ancient Egyptian teenagers was like, as well as how British Victorian collectors managed to acquire ancient artifacts from all over the world. Discuss further in the Maidstone Museum 3D Printing forum over at 3DPB.com. [Source: Museums Association]
Tagged with: 3D printed mummy • 3d printed museum artifacts • 3D printed museum exhibit • 3d printing museum • 3d scan museums • facial reconstruction • Heritage Lottery Fund • Kent Institute of Medicine and Science • Liverpool John Moores University • Maidstone Museum • mummy • Ta Kush