WHEN: 2:30 p.m. Sunday, September 20, 2015
WHERE: Room 20, Barrows Hall, Barrow Lane and Bancroft Way, UC Berkeley
There is no admission, but donations are welcomed.

Despite its importance today, health care in the past is difficult to identify even though it played an important role in the health of past populations. Ancient Egypt is an ideal place to conduct a case study on the archaeology of health care due to pervasive concerns regarding health and mortality in ancient Egyptian thought. Previous research through both medical texts and human remains has  identified the kinds of illnesses and treatments present in ancient Egypt, yet these studies tell us relatively little about health care. In essence, we know how people died in ancient Egypt, but what helped them to survive?

In this talk, Anne Austin explores two unique data sets to identify both illness and care at Deir el-Medina, the village of the workmen who cut and decorated the Egyptian royal tombs of the New Kingdom (1550-1070 BCE). First, she evaluates the village's extensive administrative, personal, and medical texts in order to identify what texts can tell us about disease and care. Second, she offers the first and only research on the New Kingdom human remains from the site that demonstrates differences in the illnesses and health statuses of its inhabitants. 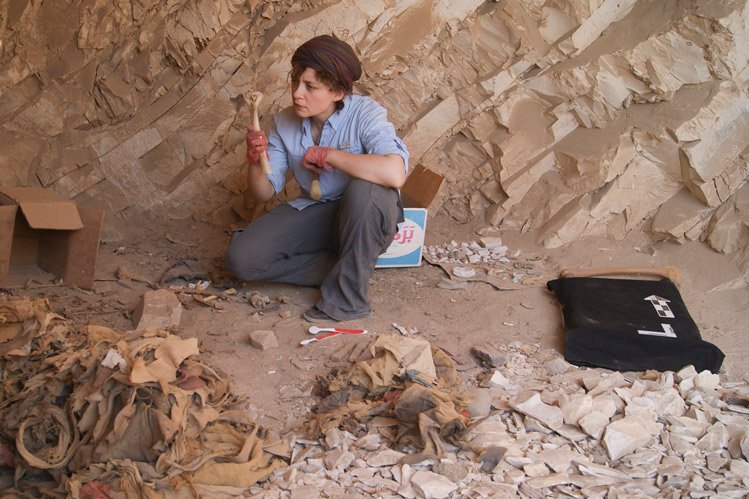 Anne Austin is a Postdoctoral Mellon Fellow in the History Department at Stanford University. She received her B.A. in Anthropology from Harvard University, and she earned her M.A. and Ph.D. in the Archaeology program at UCLA.

Go to http://home.comcast.net/~hebsed/lectures.htm or send email to Chapter President Al Berens at hebsed@comcast.net.