A total of 85 tombs, dating back to the period from the Old Kingdom of Egypt some 4,500 years ago until the Ptolemaic dynasty spanning from 305 BC to 30 BC, were unearthed in the southern Egyptian province of Sohag, the Ministry of Tourism and Antiquities said Wednesday.

The Egyptian archeological mission in the Gabal El Haridi region, located about 350 km south of the capital Cairo, found beside the mummies 30 death certificates showing the dead person's name, job and age and their parents' names, written in old Greek letters and ancient Egyptian hieroglyphics, according to a ministry statement.

Some tombs were embedded in the mountain, and some have one or more wells with corridors leading to burial rooms, the statement said.

The mission also unearthed a mudbrick-made tower house dating back to the era of King Ptolemy III, the third pharaoh of the Ptolemaic dynasty ruling from 246 BC to 222 BC.

The tower house was built to monitor the borders, levy taxes and secure the navigation traffic on the Nile River, the statement explained.

The discoveries also include remains of a Ptolemaic-era temple built to worship the goddess Isis, measuring 33 meters long and 14 meters wide. Undated photo shows a mudbrick-made tower house dating back to the era of King Ptolemy III unearthed by the Nile in southern Egyptian province of Sohag. Photo:Xinhua 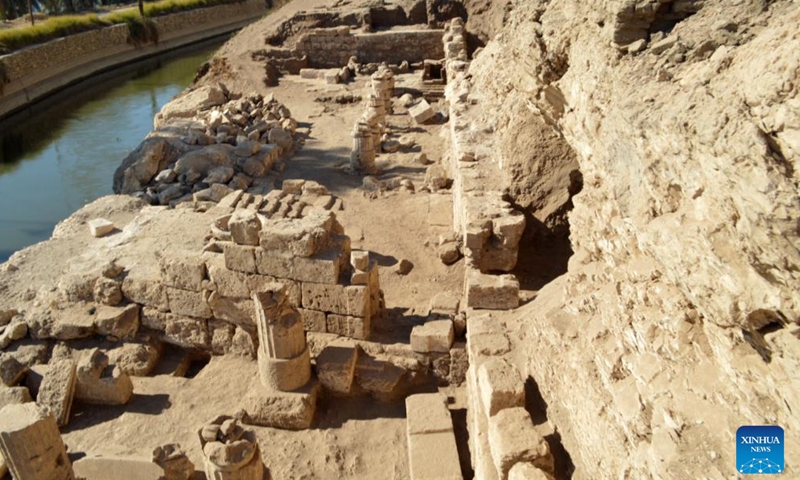