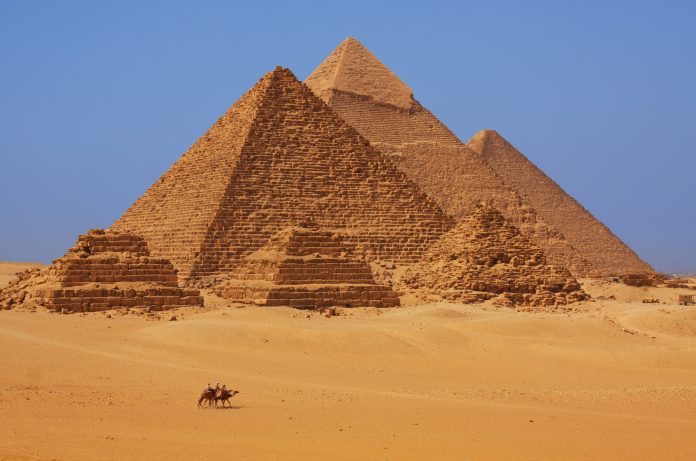 The Great Pyramid of Giza demonstrates the exceptional engineering skill of the Ancient Egyptians – and hold many lessons for their modern counterparts, says Professor Peter Debney

Of the Seven Wonders of the Ancient World, only one remains. Despite it being the oldest of all the Wonders, the Great Pyramid of Giza has outlasted the Lighthouse of Alexandria, the Colossus of Rhodes, the Mausoleum at Halicarnassus, the Statue of Zeus at Olympia, and the Temple of Artemis. Unless the Hanging Gardens of Babylon are ever confirmed to exist, the Great Pyramid will retain that crown.

It is truly a testament to the engineering skill of the Ancient Egyptians that the structure is still standing thousands of years later. Though we have made vast leaps in technology over the years, from highly accurate building design software to laser-sharp tooling, we can still learn so much from ancient engineers when it comes to durability.

The root of modern tools

There are records that seem to show the Ancient Egyptians as having used a lathe tool for tasks. We've come a long way from their lathe that required two people to operate – now, we use trusty CNC lathes to carry out myriad tasks such as facing, threading, drilling and taper turning. It is claimed that our ancient predecessors used their lathes for carving and cutting wood, but there's some who wonder if they also used lathes for carving stonework.

They also made use of surveying equipment. Artefacts have shown the use of a plumb level, also known as a plumb bob, in Ancient Egypt. A plumb bob is a simple yet effective tool made from a pointed weight suspended by a cord, and these tools supported the engineers in their staggeringly accurate achievements in levelling and degree-accurate positioning of the pyramids.

Plumb bobs allow for measuring an accurate vertical line for surveying and building, but some suggest the Egyptians used plumb bobs for a lot more; alongside sighting and levelling tools, they used plumb bobs to aid with astronomy and navigation too. Their accuracy is still relied upon today; for example, plumb bobs are used to make sure Salisbury Cathedral is not beginning to lean.

Construction materials evident in the pyramids are still made use of today. For instance, slow-setting gypsum mortar was used to lubricate, move and set the stones in place. Gypsum mortar, made from plaster and sand, is still relied on today to create structures in drier parts of the world.

The stones need to be moved into place before they can be set, of course. The question of how the workers managed to haul the huge stones required to create the pyramids has tantalised historians for years. Some theories posit that the expert canal crafters manipulated the River Nile, redirecting it so that stones could be ferried over the water closer to the construction site.

Once there, many point towards the invention of ramps and levers to help manoeuvre stones into place, just as we do today. Have we been unknowingly continuing on a tried-and-tested practice in construction that dates back to the time of the pharaohs?

There is still some debate on how exactly this was achieved. According to Peter James, who spoke to the BBC on restoring the pyramids, the ramp theory might not be the practice the Egyptians used to construct the pyramids, and another practice has instead been adopted by builders from that age. He claims the pyramids are too tall and would make ramps too steep to move stone, instead theorising that, just as construction workers would build a stone wall today, the Ancient Egyptians built the pyramids from the inside and worked outwards.

Looking to the future

We've built on the tooling and practices used by the Ancient Egyptians, but can we learn more from the structure?

Design Intelligence thinks so. In particular, it outlines the need for modern structures to follow the path of the Great Pyramid of Giza and start to focus more on longevity as a means to practice true sustainability. With a lifespan of thousands of years, the pyramids have lost comparatively little in the grand scheme of things.

Though they no longer have their hand-polished white limestone outer façade, the material having long since been stripped away for other work or dissolved to expose the inner material seen today, the structure has remained relatively intact. And they have done so with very little maintenance.

The secret to longevity is often cited as a combination of things: a low centre of gravity, an understanding of the impact the environment would have on the structure and aligned expectations. Where some structures rely on the future promise of maintenance in the event of environmental or external factors impacting the structure to stay standing, the pyramids did quite the opposite – they were built to last. Design Intelligence notes there was another factor to the stability and durability of the pyramids.

The materials used in its construction were cut before they arrived at the site; the site was a place of assembly, not a place of cutting materials. This meant improvements to speed as well as quality, and everyone could focus on one job each, rather than multiple tasks.

What if we planned our buildings to survive longer than their original use in mind? Simply put, if we "pay" a certain amount of carbon emissions each time we build a structure, we can lower the overall carbon impact of creating a building by having it last and be repurposed for hundreds or thousands of years – instead of paying that carbon cost multiple times to replace the structure over the years. 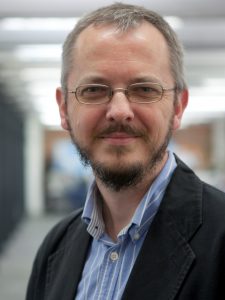