Our award-winning touring exhibition 'Gifts for the Gods: Animal Mummies Revealed' opens at its fifth venue – the National Trust property at Lyme Park in Cheshire – next weekend. As part of the BBC Civilisations Festival, it seems timely to consider the popular understanding of that distinctive aspect of ancient Egyptian civilisation: the role of animals in Egyptian religion.

Ancient Egypt is synonymous in the public imagination with animals and animal imagery. Gods and hieroglyphs could take a vast range of two-and three-dimensional animal forms (the British Museum's 'Gayer Anderson Cat' is one iconic example). Yet, the idea of animals as gods still fundamentally strikes us – in the West, at least – as faintly ridiculous.

The Roman writer Juvenal (1st-2nd Century AD) asked his (Roman) readers/listeners the rhetorical question: "who knows not what monsters demented Egypt worships?" In contradistinction to the Greeks and Romans, who venerated exclusively anthropomorphic deities, the Egyptians were being mocked as primitive, deranged. Juvenal's impressions of Egypt, as a Roman, were informed by misunderstandings, built on stereotypes and reinforced xenophobic assumptions – knowing his audience would lap it up. Something like a UK Daily Mail journalist today.

This is ironic as there is plentiful evidence for the continued patronage of Egyptian temples and cults by Roman emperors and elite members of society well into the Second Century AD. The famous Roman Period painted mummy portraits further attest to the ongoing investment in Pharaonic funerary customs. Yet Juvenal hits a nerve when he sneers at the "demented" Egyptians, exploiting his audiences' anxieties about otherness.

Those anxieties continue to be shared today. Most visitors to our Gifts for the Gods exhibition were unfamiliar – if intrigued – with the nature of Egyptian animal mummies. Most believed that they would learn more about the Egyptians' pets. Trying to explain the finer points of votive animal mummification on an industrial scale is challenging, given the limits on word-length and attention-spans in most museums today. 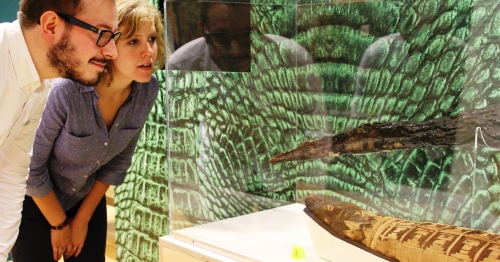 The exhibition tries to persuade visitors to adopt a different perspective, based on an alternative set of values, and to suspend many modern preconceptions. Visitors were invited to leave messages to three different animal gods, using hieroglyphic stamps to add the relevant animal image of each deity. Analysis showed that most responses recognised the associations outlined in the exhibition interpretation (e.g. the ibis god Thoth with writing and knowledge). 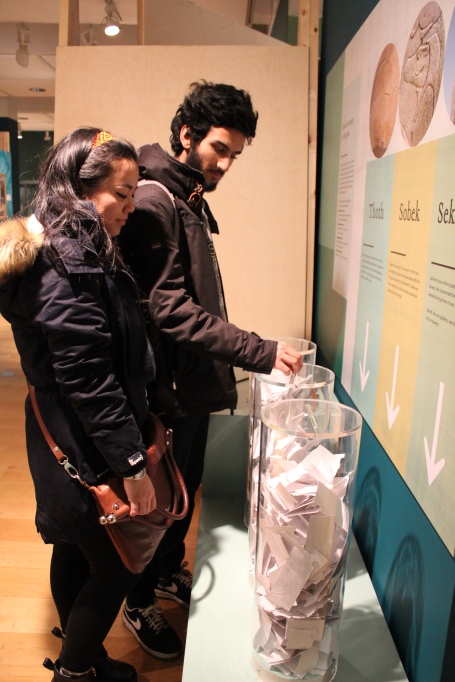 In the UK, the pet industry accounts for billions of pounds a year. At the latest count, British people spend an average of £1150 a year on their pets. Yet pet ownership is a modern affectation, little attested in the ancient past and – interestingly – not very popular in Egypt today.

The scale of the modern pet industry is no less than Egyptian production of votive gifts – images of the gods (statues, mummies) – were produced in tens of millions and presented to temples and shrines in the earnest hope of divine favour.

Now, animals are fetishized in the West in a way that would leave the ancient Egyptians incredulous. I can imagine the reaction of an ancient time-traveller: "You spend how much on animals – in what you claim to be a Christian/secular country – and you think WE'RE weird?!"

The question is one of shifting values and of understanding the concerns and priorities of cultures in many ways different from our own. We have inherited something of Juvenal's tabloid-worthy sneer of others, but research shows the impact exhibitions can have in countering this. It is to be hoped that the BBC's Civilizations series tackles some of these sorts of misconceptions and follows in one of the core missions of Manchester Museum, to promote understanding between cultures of the past and of the present.