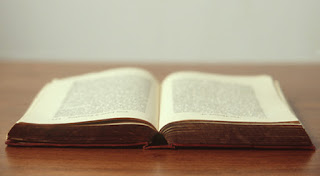 Bibliophilia Is An Incurable Condition

As I write, I am preparing to leave Cairo for the Frankfurt Book Fair. ‘Frankfurt,’ as it is simply known to all publishers, is a direct descendent of the medieval booksellers’ fairs which arose in the city after the invention of Johannes Gutenburg’s movable type printing press in nearby Mainz sometime around 1450.

In recent years, Frankfurt has lost some of its glamour, and, along with it, much of its rather-too-well-deserved reputation for drunken debauchery. It is now filled with earnest-looking men and women from around the globe for whom the highlight of the day is queuing in the chill drizzle for a plate of lukewarm bratwurst and kartoffeln.

So why do 140,000 publishers, editors, authors, booksellers, and assorted hangers-on still turn up every year to the fair? The answer, I like to think, is that we are all still bound by the magic of the new books, journals, or digital products we have created and we want to show them off to as many people as we can in the shortest possible time. We want everyone to share in our own particular brand of bibliophilia (or whatever the digital equivalent may be). We also hope that many of our books will be taken up by publishers from other countries so that our pride and joy can be spread in any number of other languages.

In our case, we are taking a number of AUC Press titles representing, we believe, the best of English-language publishing coming out of Egypt, and, with that same sense of pride, I would like to tell you at least a little about some of them.

Azza Fahmy’s name is synonymous with high-quality Egyptian jewelry based on traditional themes, and, given the global interest in regional or ethnic design, we will be discussing foreign-language editions of the new, completely redesigned edition of her bestselling book, The Traditional Jewelry of Egypt. This wonderfully illustrated book brings together, in one place, pieces from along the Nile Valley and Delta, from the oases of the Western Desert, from Nubia, and from the old neighborhoods of Cairo. 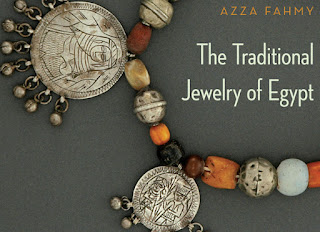 Similarly likely to fire the imagination of European publishers, especially in those countries which have traditionally been the source of many of Egypt’s tourists, are two recently published books which attempt to capture something of the age of elegance associated with drifting down the Nile.

Following up on the tremendous worldwide success of his Grand Hotels of Egypt (now in paperback,) we recently published Andrew Humphreys’s superbly illustrated On the Nile in the Golden Age of Travel, which uses period photography, vintage posters, and advertising material to tell the story of the boats, places, and people associated with the palmy days of Egyptian tourism. Thomas Cook’s specially-built paddle steamers take central stage from the late nineteenth century alongside a distinguished cast including Arthur Conan Doyle, Rudyard Kipling and, of course, Agatha Christie (the book is a must for any Christie fan!) 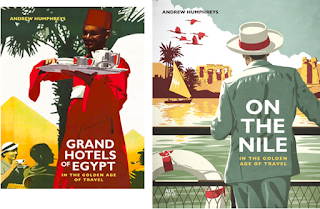 Of more modest dimensions, A Nile Anthology (edited by Deborah Manley and Sahar Abdel-Hakim) joins our other recent pocket books – on Cairo, Alexandria, Beirut, and Istanbul – in celebrating the best of travel writing through the centuries. This is a wonderful book to dip into whether actually sailing slowly down the Nile between Luxor and Aswan or simply sinking down into an armchair on a Saturday or Sunday afternoon. There is a lost descriptive art in these pages that is a joy.

Thinking of the Nile inevitably, at least in my mind, leads us to books on Egyptology that we hope will be taken up for consideration by some of the 7,000 or so publishers who attend Frankfurt.

Fascination with Ancient Egypt is a worldwide phenomenon and since the first part of Jason Thompson’s Wonderful Things: A History of Egyptology came out it in the spring it has garnered not only tremendous reviews but also requests from potential readers for it to be published in French, Spanish and Portuguese. We hope that we can make this happen in Frankfurt and that this excellent comprehensive three-volume history of the study and understanding of Ancient Egypt will continue on its way to becoming the standard work on the subject for both students and the general reader. 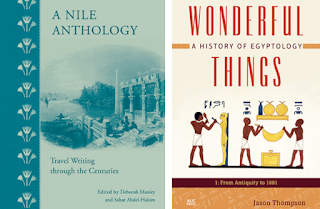 So, think of me in Frankfurt, if you will, sheltering from the rain with a slightly soggy paper plate of sausage and potatoes in my hand or — if bibliophilia is a condition of which you too cannot be cured — think of these wonderful books and whether they might deserve a place in your bookshelves.