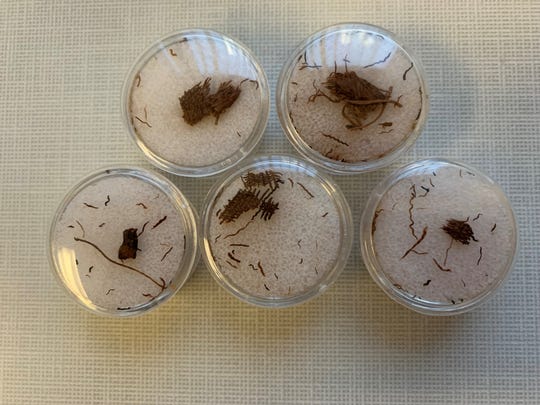 CBP began to coordinate with a Washington, D.C.-based archaeological organization in determining the admissibility of the presumed antiquities.

The seized artifacts are believed to be from the Ptolemaic Dynasty 305-30 B.C. and the importer was unable to prove that the artifacts were removed from Egypt prior to April 2016, which is in violation of the Convention on Cultural Property Implementation Act.


"This seizure of historical importance highlights the wide variety of federal laws that CBP is responsible for enforcing. I am extremely proud of our officers' hard work during and after the discovery of these ancient artifacts," Port Director Michael Fox said in the statement.
ADVERTISEMENT

Federal agencies, including the Department of State, will be focusing on repatriation of these artifacts in the near future.

CBP is the nation's lead border security agency, and is charged with enforcing hundreds of laws at and between our nation's international ports of entry. As part of that mission, CBP enforces bilateral agreements and import restrictions on certain foreign cultural property and archaeological materials to prevent the illegal trade and trafficking of cultural antiquities and artifacts, according to the statement.