Every two months the Nile Scribes update our readers on the most recent Egyptological publications. From popular reads to peer-reviewed scholarship, we hope to illustrate the wide variety of topics discussed in Egyptology, and perhaps introduce you to your next read! Below are eight books scheduled for release in early 2019 (March to April).

Did you read our last post on new books from January and February? 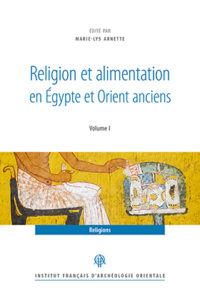 "Religion and food are intrinsically linked. Religion, especially in Antiquity, requires food to form the rite: food as offerings permits the circulation between this world and hereafter, from the living making offerings to the gods and the dead and then in return, the gods – and sometimes the dead – through the abundance of harvests offer food to the living. At the heart of food practices, religion imposes its mark by contributing to the manufacture of a standardized framework, which is also a vector of identity. It designates what is edible, therefore considered pure, and what is not; it creates the rules for preparing food, from the field to the kitchen, and sets standards of conduct at the time of consumption. It is precisely because the notion of norm is at the heart of both, that religion and food are privileged means to question societies, to compare them, and to underline the specificities of each. The present work, which is collective and multidisciplinary, aims to clarify the place of food in myths and ritual practices, and to define the nature and importance of the religious mark in food practices. Based on a comparative approach, it brings together 17 articles, both case studies and synthesis works on Egypt, Mesopotamia, Anatolia and the Levant, from the 3rd millennium to late Antiquity." 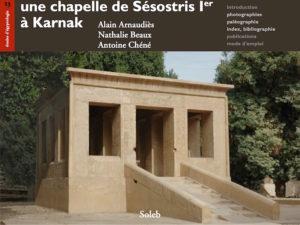 "The White Chapel of Sesostris I is one of the masterworks of ancient Egyptian architecture and sculpture, but it remains unknown. Nevertheless, its bas-reliefs rank among the most remarkable in the Theban region. Its classical architecture and above all the finesse of its engravings make this monument an exceptional work in the history of art. This electronic publication owes much to the talent of Antoine Chéné. The effort taken in image recording and digital processing has produced images of an unequalled quality. The architraves and pillars can thus be seen in their entirety without deformation or shadow. In her palaeography, Nathalie Beaux brings together and studies all the variants of inscribed hieroglyphs on the chapel. Various indexes made by Alain Arnaudiès complete this work. This tablet version gives an unprecedented access to a monument at Karnak and allows for the first time to touch, literally as well as figuratively, the beauty of the Egyptian world." (1) 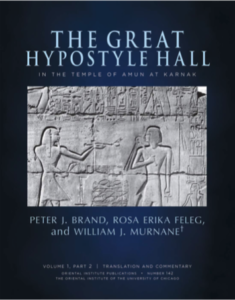 The Great Hypostyle Hall in the Temple of Amun at Karnak. Volume I. Parts 2 and 3

"Standing at the heart of Karnak Temple, the Great Hypostyle Hall is a forest of 134 giant sandstone columns enclosed by massive walls. Sety I built the Great Hypostyle Hall ca. 1300 BCE and decorated the northern wing with exquisite bas reliefs. After his death, his successor Ramesses II completed the southern wing mostly in sunk relief. This volume provides full translation, epigraphic analysis, and photographic documentation of the elaborate wall reliefs inside the Hall. This vast trove of ritual art and texts attest to the richness and vitality of Egyptian civilization at the height of its imperial power. The present volume builds upon and serves as a companion to an earlier volume of drawings of the wall scenes made by Harold H. Nelson in the 1950s and edited for publication by William J. Murnane in 1981." 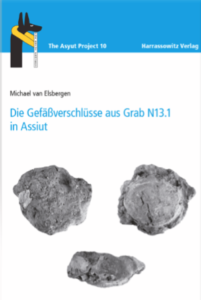 "The high-lying tomb N13.1 in the western necropolis of Asyut (Middle Egypt) was built for Iti-ibi(-iqer), a nomarch of the 11th Dynasty. Its well-preserved original decoration as well as its numerous secondary texts and drawings, which were left in New Kingdom and Islamic times by tomb visitors on the walls, provide a rich source of information for various aspects of the history and function of the limestone massif Gebel Asyut al-Gharbi.

Following the discovery of the tomb by the German-Egyptian long-term project "The Asyut Project" in 2005, the heavily buried grave and its three deep shafts were cleared step-by-step. All 900 discovered vessel sealings of Nile clay (as well as a sealing of limestone) are discussed in a comprehensive manner by Michael van Elsbergen and investigated for their informative value. Although the heavily disturbed find contexts as well as missing inscriptions do not permit an accurate dating, the distribution of finds, the sizes and forms as well as the available reference material from the First Intermediate Period to the 13th Dynasty and later periods until Byzantine times give indications for their chronological classification and possible functional relationships." (2) 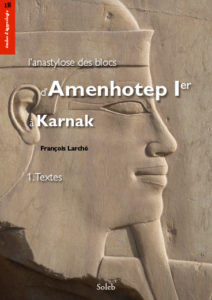 "Built as a royal temple at the beginning of the second millennium BCE, Karnak was renovated five centuries earlier by Amenhotep I. Destined to receive the bark of Amun, a large chapel was set-up in the middle of a complex which Thutmose I completed by building shops and a limestone fence linked to the new 5th pylon. As a result of the modifications made by Thutmose I, Thutmose II, and Hatshepsut, Amenhotep I's blocks were scattered. Rediscovered at the beginning of the 20th century, their splendid reliefs have been forgotten until 1986. Their anastylosis of the blocks was undertaken in 1997 in parallel with their storage and restoration. This interactive publication presents a photographic coverage of the unknown monuments and takes into account the latest archaeological discoveries." (1) 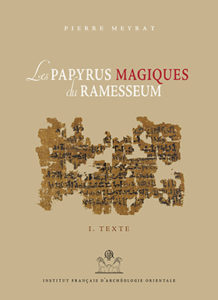 "The Ramesseum papyri were composed in the late Middle Kingdom and discovered in a wooden box at the bottom of a tomb shaft during British excavations carried out in 1895-1896 on the west bank of Thebes. Half of them, i.e. one cursive and twelve hieratic documents, comprise the earliest collection of magical papyri known to this day. Often compared to the other two famous magical libraries known (the Chester-Beatty papyri for the New Kingdom and the Wilbour papyri for the Late Period), the magical papyri from the Ramesseum, today preserved at the British Museum, were published in 1955 by Sir Alan H. Gardiner in a volume of plates, and are here studied systematically for the first time. Due to their poor state of conservation, the deciphering of these very fragile and fragmentary documents often represents a conundrum. Although most of the spells are apparently unique to these papyri, several parallels could be identified in earlier or later sources. New hypotheses are also proposed on the user of these documents and on their geographic origin." 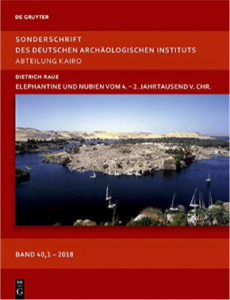 "Egypt's southern border consisted for many thousands of years of the greater area around the island settlement of Elephantine. Further south, the Aswan dam project led to large-scale destruction of Nubian cultural heritage. Thanks to archeological excavations on Elephantine and ceramic artefacts, it is now possible to trace Elephantine's cultural contacts and diverse history from the 4th to the 2nd millennium BCE." 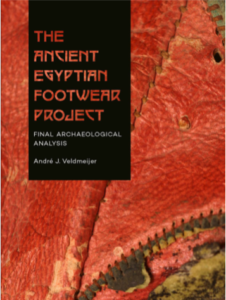 "The Ancient Egyptian Footwear Project (AEFP) is a multidisciplinary, ongoing research of footwear in ancient Egypt from the Predynastic through the Ottoman Periods. It consists of the study of actual examples of footwear, augmented by pictorial and textual evidence. This volume evaluates, summarises and discusses the results of the study of footwear carried out by the AEFP for the last 10 years (which includes the objects in the major collections in the world, such as the Egyptian Museum in Cairo, the British Museum in London and the Metropolitan Museum in New York, as well as from various excavations, such as Amarna, Elephantine and Dra Abu el-Naga). All published material is depicted and some previously unpublished material is added here. The work on physical examples of footwear has brought to light exciting new insights into ancient Egyptian technology and craftsmanship (including its development but also in the relationships of various footwear categories and their origin), establishing and refining the dating of technologies and styles of footwear, the diversity of footwear, provided a means of identification of provenance for unprovenanced examples, and the relationship between footwear and socio-economic status. The archaeometrical research has lead to the reinterpretation of ancient Egyptian words for various vegetal materials, such as papyrus."