The story of Italy's Egyptian museum 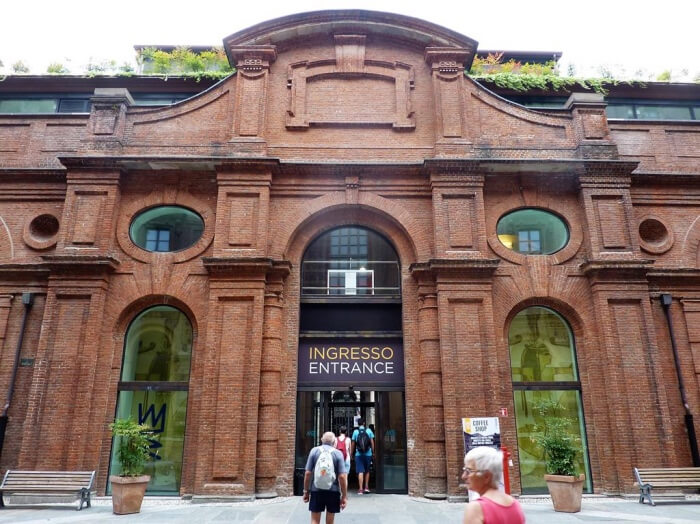 Usually people thinking about Ancient Egypt (3150-50 BC) imagine wide deserts in Africa with giant pyramids and sphinxes, gods and mummies near the Nile, but there's a big piece of Egypt in the city from where I write monthly for the Star-Revue, namely Turin, which is in the northwest portion of Italy.

Here, 2000 miles away from Egypt, there's a museum which houses more than 30 thousand artifacts from the Pharaohs' land – the Egyptian Museum of Turin. The museum, founded in 1824, is  now directed by Christian Greco, 45, a well-known Egyptologist I had the pleasure to talk with about what is today the second largest archeological collection of ancient Egypt worldwide, smaller only than the Cairo's Museum, in Egypt itself.

"We are a very well-known museum with a very large history, which has its roots in the Kingdom of Sardinia (which ruled on the north-west, ed), one of the states that existed before Italy became united in 1861. In 1824, the Kingdom, like all of Europe, was hit with a kind of Egyptomania amidst upper classes, especially among diplomats who collected thousands of Egyptian finds, shipping them from Egypt to the Italian motherland" tells Mr. Greco.

The collections of that time are still the heart of the Museum, that owe some thanks to the explorer Carlo Vidua, who raised during years of exploration a personal collection made up of ancient stones, tablets and artefacts, which were sold to King Charles Felix of Sardinia back in 1824, even thanks to Vidua claiming that "only buying this collection Italy would become a great country".
"He was right", says Mr Greco, "Buying the collection Italy had the opportunity to become a global landmark for scholars, giving more respectability to the country on the international scenario. So there was even a political will behind such a cultural choice to set up a Museum."

Besides, being Italy still not a united country then, the King, as well as Sardinia's officials, saw in ancient Egypt an example of an organized state, which was exactly the goal they were trying to achieve throughout the entire peninsula.

As a matter of fact, Egyptian society had a solid hierarchy (Pharaoh, priests, aristocracy, warriors, common people, and slaves) and, as a consequence, even the objects had a hierarchy based on their practical or political-religious purpose, rather than merely aesthetic, which is why it's impossible to say that egyptian artefacts are art, even if they're often studied so. "It's better to call them material culture indeed" remarks the Director.

Among the material culture preserved in the museum there are many statues, tablets, grave goods, sarcophagi, papyri (like the Turin King List, the most extensive list of pharaohs we know, dated from the reign of Ramesses II) and even an entire temple: the Ellesija's Temple devoted to the gods Horus and Satet and to the Pharaoh Thutmose III (1430 BC), a big gift the museum received back in 1965 from Egypt, after Italian scientists saved this building from being submerged during the construction of the artificial Nasser Lake in South Egypt.

After that the two countries still cooperate and Mr Greco is counsellor for the Egyptian Minister of Antiquities, Mamdouh Mohamed Gad Eldamaty, who imagines a great ancient Egypt Museum right in front of the three Giza's pyramids.

Carlo Vidua and Charles Felix's original purpose to make Italy a cultural landmark for Egyptology scholars has managed to be achieved.

The fame of the museum is due to the incredible scientific research that is done there, where scientists and scholars work together on finds, papyri, but even mummies, as every Egypt lover wishes. The research is not conducted only by Turin's scientists, but on a global net, with partners like NY's Metropolitan Museum of Art, and the Paris' Louvre.

"Nowadays the research is one of our main activities, which has increased during the latest years thanks to the technological devices that allow us to compare finds from different collections from all over the world, that would be otherwise distant," comments Mr Greco, "Moreover the scientific research is the only way we have to promote the museum globally, as we don't have enough money to set up a global advertising campaign, like the London British Museum does."

In the Egyptian Museum Mr Greco is both a cultural director and a manager, appointed by a private foundation that controls the collection, which is not a common situation in the Boot.

The Museum, while still regarded as a successful model in Europe for its 13 million balance last year, suffered a lot from the lock-down, as its only source of earnings has always been the money from the tickets, rather than public funds as it happens for a few museums in the country. Without firing anyone the Director had to reduce the expenses by 40%, guaranteeing the finds' safety and even the links with people.

"It was a difficult time, but even before the pandemic Italy had a problem of shortage of money invested in culture. I hope things will change, following models like Germany, who spends roughly the 5% of its GDP in culture" states the Director, who coped with the impossibility to have visitors by publishing video-tapes online, everytime talking about a different part of the collection, with an average audience of 147k viewers.

Thence, even if the Museum lost 5 million euros because of the lock-down, it did not lose contact with its communities of visitors, many of whom happily attended the reopening last June 2nd.

The reasons why such a huge interest for the Museum was experienced during the outbreak seem to be obscure, but Mr Greco has its own explanation: "We were all afraid of death and maybe it sounded comforting knowing that, millenia ago, a society in the deepest Egypt created an own and organized thought about death, seen as a new beginning, rather than the end", which is why they were so careful to preserve the mummies in great sarcophagi, surrounded by grave goods, statues and papyri.

So, the Egyptian Museum still grasps our feelings, not being only a depository of ancient stones, but a workshop for new comparisons between past and present, with the latter able to be enlightened by the glories of a society that still prompts interest amidst international scholars for its ability to create a state that was both grandiose and cruel (who built the pyramids? Slaves), majestic in his daily life, accurate in defining death, but so careful to leave us evidence of its existence, suspended between real and transcendent.