Enjoy virtual tour for the Temple of Amada - Egypt Today 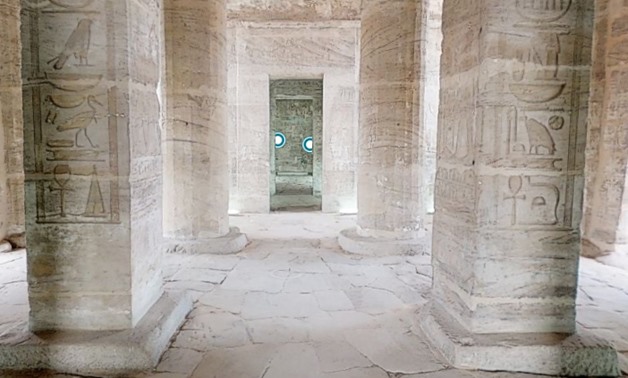 Enjoy virtual tour for the Temple of Amada

To enjoy the tour, please use the following URL:

The images of the god Amun on the walls of the temple were destroyed subsequently, during the reign of Akhenaten (c.1352–1336 BC). Some additions were made by several kings of the 19th Dynasty, especially Sety I (c.1294–1279 BC) and his son Ramesses II (c.1279–1213 BC), who also undertook restoration work.

Another important historical text in this temple is by Amenhotep II, in which he records his victory over enemies in Syria.

The temple of Amada was rescued in the 1960s from the rising waters of the Nile by being moved by UNESCO to its current location, 2.6 kilometers away from its original site.

This virtual Tour is made in cooperation with the Ministry of Tourism & Antiquities and Virtual Mid East.