What happened to Sobek? Digging the crocs at Silsila - HeritageDaily - Archaeology News


What happened to Sobek? Digging the crocs at Silsila 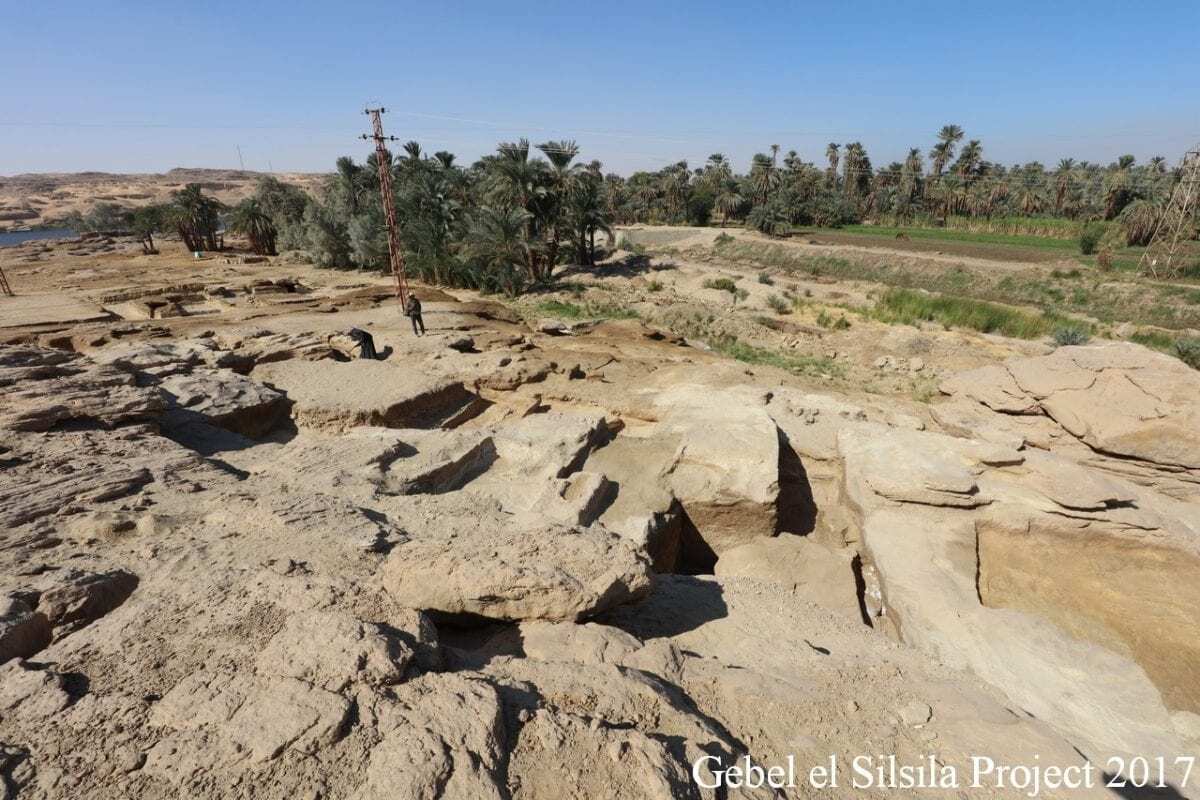 Crowdfunder on a journey to solve the mystery of what happened to the crocodile-god Sobek & his Temple at the ancient site of Gebel el-Silsila in Egypt.

As a unique site in Egypt it contains archaeological records of over 10,000 years of human activity, with Prehistoric rock art, Pharaonic grand monuments, Graeco-Roman infrastructure and administration buildings; incredible testimonies of a thriving ancient past.

The Temple of Sobek was re-discovered in 2015, situated on a sandstone outcrop, once holding structures build from sandstone, limestone and details in granite. Chronologically, we can trace at least three royal families: Thutmoside, house of Amenhotep III, and Ramesside. In addition, Romans were active here during the time of Trajan-Antonius Pius, although at a time when the temple was already long gone.

(Video link) Not much was known about the temple until 2015 when an initial survey was conducted by the team, following a map from the early 20th century and notes from the 1980's. Previous records describe in few words a destroyed Temple of Ramses II, but no comprehensive excavation was carried out. The results of the 2015 survey and following excavations were beyond all expectations.

In the main temple area, hundreds of sandstone and limestone fragments were recovered, containing hieroglyphs and relief decoration, some preserved in their original colour. But we also found foundation deposits, votive offerings, and items of daily life; all witnessing of the temporal development of the temple's past.

In 2017 another, adjoining structure was discovered to its west, containing yet more and vivid information, revealing the Horus-name of Ramses II and the title of the crocodile-god as "Sobek, Lord of Kheny". Inscribed fragments from the reigns of Amenhotep III and Ramses II showed us that there was once a grand interior door. Objects of veneration, such as a small votive figurine of a crocodile, were also found. So was a kiln, coins, ostraca and fishing equipment from the Roman era, long after the destruction of the temple.

The crocodile-god Sobek (literally meaning "crocodile" in ancient Egyptian) was the principal deity of Gebel el-Silsila and the only god entitled "Lord of Kheny". He was worshiped there since at least the 12th Dynasty.

However, no records of the god are attested at Gebel el-Silsila after the Ramesside period. Instead, we can notice a complete eradication of crocodile images, in which the figures and name of Sobek are erased. Graffiti of later periods instead show a crocodile as a defeated enemy, representing the maleficent snake-god Apophis of the Underworld, harpooned by the mighty falcon-god Horus; Sobek had become a face of evil.

Certainly, there is a distinct change in religious practice, and the Theban triad with Amun-Re, Mut and Khonsu replaces Sobek as the most important deities at Gebel el-Silsila. This change is noticeable elsewhere in Egypt to, and it is believed to reflect socio-political changes during the Third Intermediate Period, but so far, scholars have failed to explain why, how and exactly when.

By studying the artefacts discovered in the Temple of Sobek at Gebel el-Silsila, the project hopes to find answers to these questions. We hope to find clues to this mystery, and piece together the jigsaw puzzle that makes the story of Sobek, Lord of Kheny.

"We would like to understand why the temple was destroyed and why Sobek became a maleficent villain instead of Silsila's divine benefactor. Solving the mystery of Sobek also includes opening a window into the daily life on site: who were the people active there? Were live crocodile kept there captive as was the case in nearby Kom Ombo Temple? Who were the priests and what did their daily activity look like? Of course, another intriguing and driving question is how the temple actually look in its complete form?! We need Your help to find the answers and do this!" says a project contact

The entire temple was completely dismantled, down to its foundation blocks during antiquity – or at least that was what we thought during the first season! The ancient surface of the temple was covered by blown-in sand and modern debris, including cement and slag left from the construction of the modern canal and associated bridge. The excavations of the main temple in 2015 revealed a structure of approximately 35 x 18 m, which included four dressed floor levels, column bases, inner and outer walls, and archaeological evidence for at least four different chronological periods. The remains of five dressed and raised column bases were located, and so was a raised and dressed platform with dressed sandstone surface, parts of which have received linear positioning marks that indicate the location of interior and exterior walls, including four chambers.

Excavations continued in 2017 with focus on an area known to the team as "Temple Mound", which is a small mound of silt, sand and debris accumulated around a tamarisk tree over the years since abandoned in antiquity. The mound rose from a few centimetres to several meters above the natural sandstone slope. Below the modern rubble was found a layer of ancient debris of predominantly dressed and decorated sandstone and limestone fragments and pottery sherds. Further below was a layer of pure Nile silt, brought by the annual inundation. Underneath we found dressed and aligned sandstone blocks, together with several fragments from the original temple and artefacts indicating cultic life.

The work planned for the winter of 2018-2019 will extend the excavation area towards the south and north respectively in order to understand the function(s) of the various structures, but also towards the east with the aim of connecting this new structure with the main temple.

So far, neither the main temple, nor its western structure have been fully excavated. In the western part, the project estimates that 2/3 remain to be excavated, while 1/3 remains of the main temple. The reason the temple has not been excavated fully is partially due to time restriction, but mainly financial. The project needs to employ more local workers and have time for their experts to analyse all the finds in detail.

Please support the project by pledging towards their goal – Click Here