Nine things to see right now at University of Michigan's...

ANN ARBOR - If you haven't visited the Kelsey Museum of Archaeology at the University of Michigan, it is a must-see.

Much of this is thanks to its newer William E. Upjohn Exhibit Wing, built in 2009, which is impressive in and of itself. But the rich collection of artifacts from all over the world, 105,000 to be exact, is what draws visitors to the museum each year.

"The stops on this self-guided tour will introduce you to the diversity of both the Museum's collections and its community here at the University of Michigan." - Kelsey Museum of Archaeology

The museum recently asked members of the Kelsey community to name their favorite object and explain in 100 words or less why they chose it. The museum has marked the following items with special labels and included the unedited responses in each object's description.

The white limestone sculpture dates back to the Late Parthian Period (A.D. 43-226) in Palmyra, Syria. It was purchased by Kelsey Museum Associates in 1980.

"It resembles in a striking way my Syrian grand aunt and pulls me back to a country where my family still lives," writes Alexander Zwinak, IPCAA graduate program coordinator. 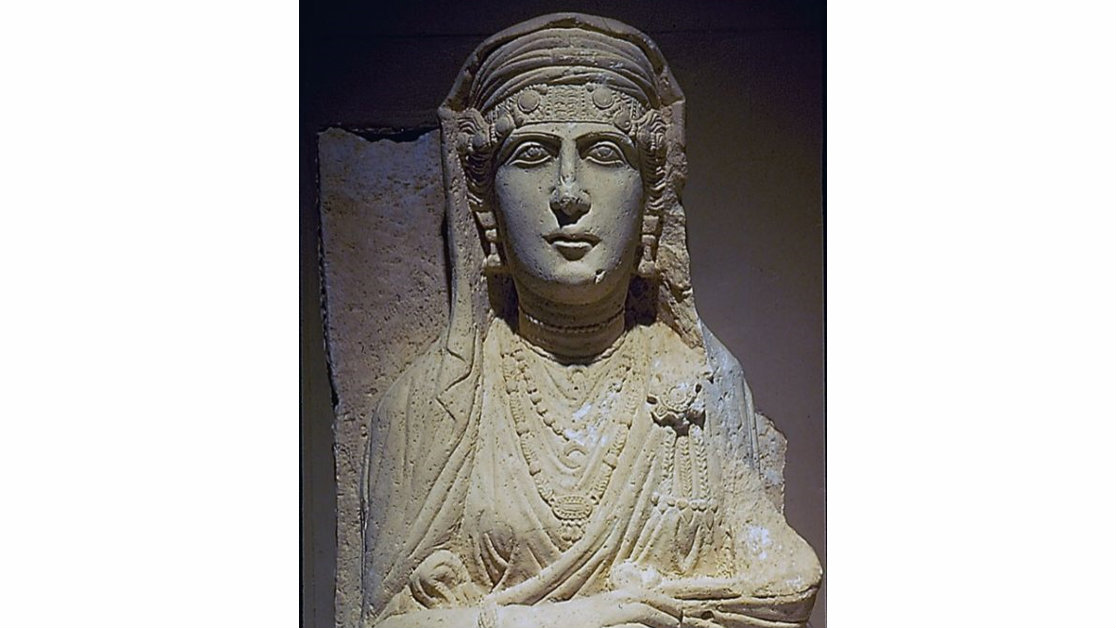 2. Head of a Man from Cyprus

This limestone statue dates back to c. 550-525 BCE and originally was housed in the Sanctuary of Aphrodite in Golgoi, Cyprus.

"This piece is a patchwork of 6th century BCE styles, from its Egyptian headdress, forehead, and eyes to its Greek mouth and beard," writes Ann Van Rosevelt, Kelsey Museum docent.

"The brush strokes are so delicate and fluid that the little lion seems to be zooming around the oil flask. Usually lions are portrayed as fearsome beasts, but here, the graceful lines make this lion sweet and approachable," writes Shannon Ness, IPCAA and Museum Studies Student, Kelsey Museum docent. 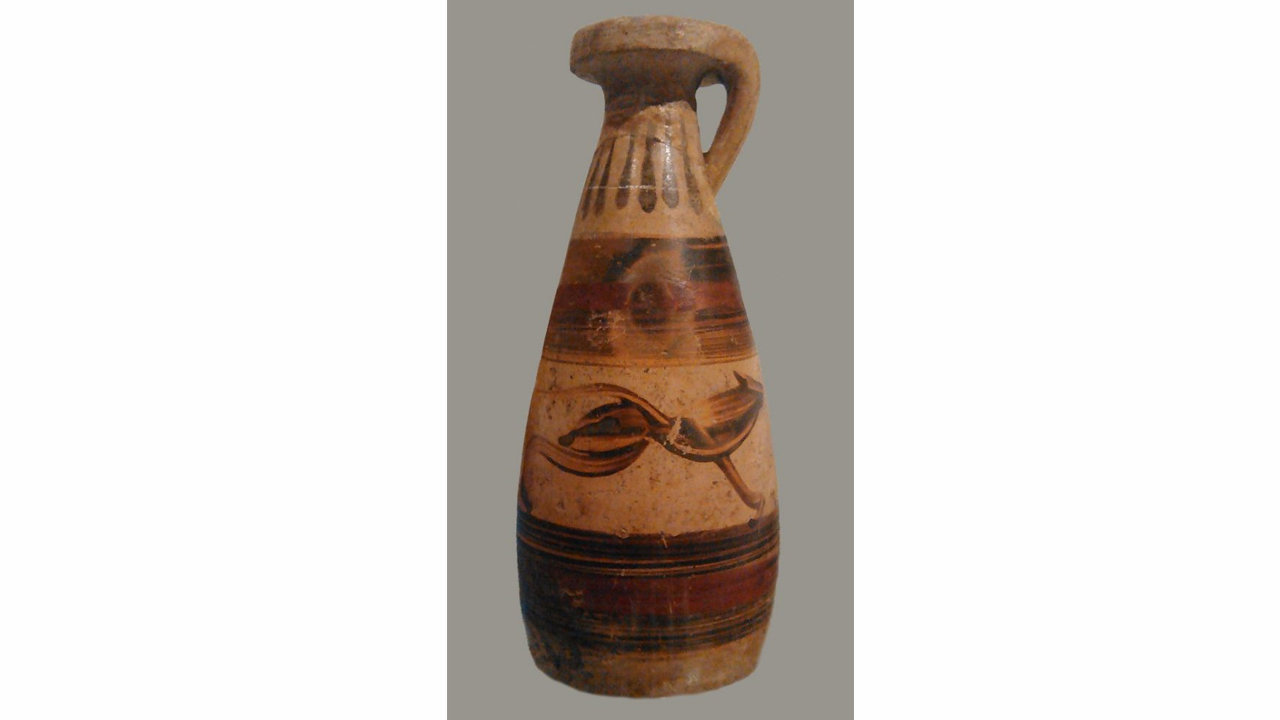 This stunning necklace made of gold and faience was reconstructed using ancient beads. It dates back to the Late Period-Ptolemaic (650-630 B.C.) in Egypt.

"It is amazing to think that these beads are more than 2,000 years old.  And yet, the design of this necklace so greatly resembles many statement necklaces popular in today's fashion," writes Mollie Fox, History of Art Major, Kelsey Museum research assistant. 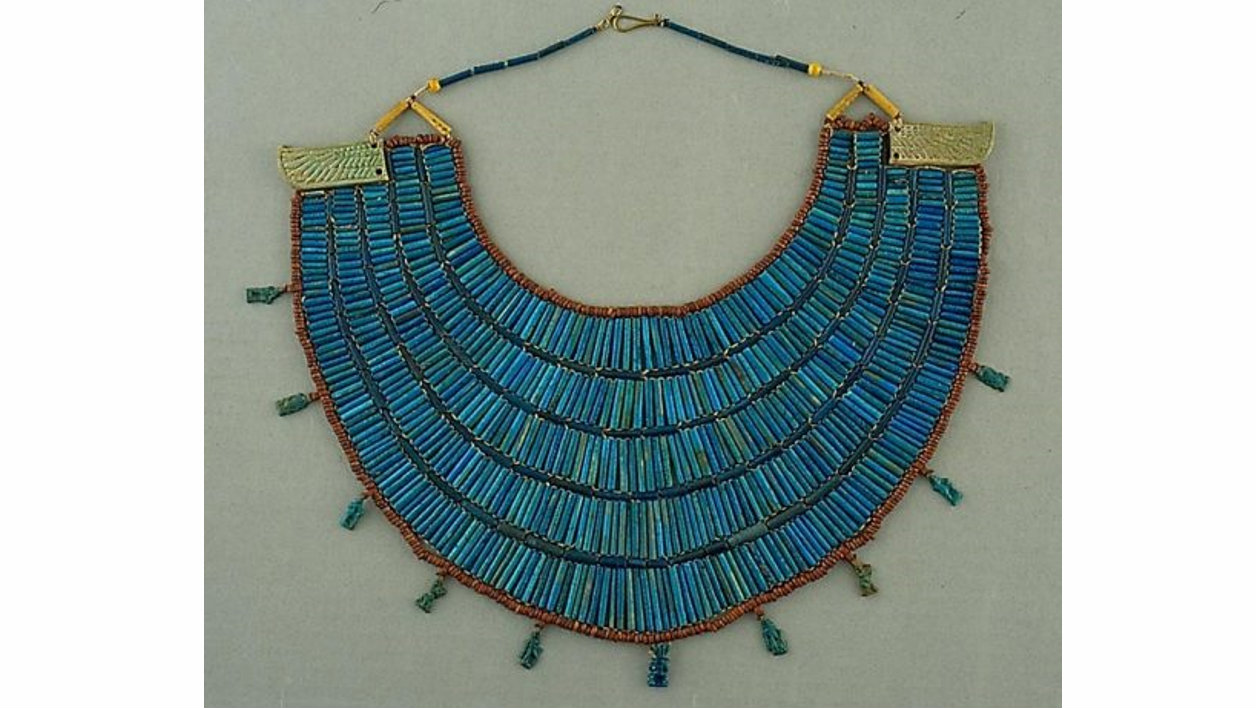 The palm fiber sandal dates back to the Roman Period (1st-4th century A.D.) in Karanis, Egypt. It was discovered during University of Michigan excavations from 1924-1935.

"To me, the sandal represents a tangible connection to everyday life in Karanis, and it demonstrates how life today is not that far removed from that of our ancestors," writes Keaten North, financial specialist, LSA Finance. 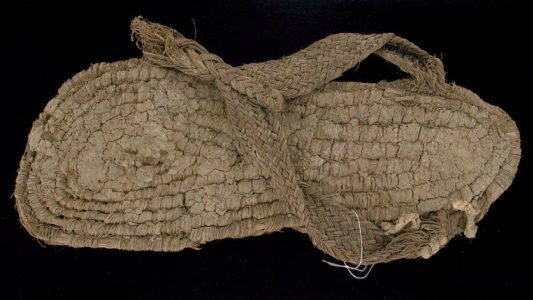 6. Door with Lock from Karanis

This door was discovered during the same University of Michigan excavations in Egypt mentioned above, and dates back to the same time period. It is made of wood and palm fiber.

"It is fascinating to see this massive organic object in such great shape after almost two thousand years. The door probably was part of a modest, rural house; although not particularly pretty, it looks sturdy and must have served its owners well," writes Julia Falkovitch-Khain, Kelsey Museum web administrator. 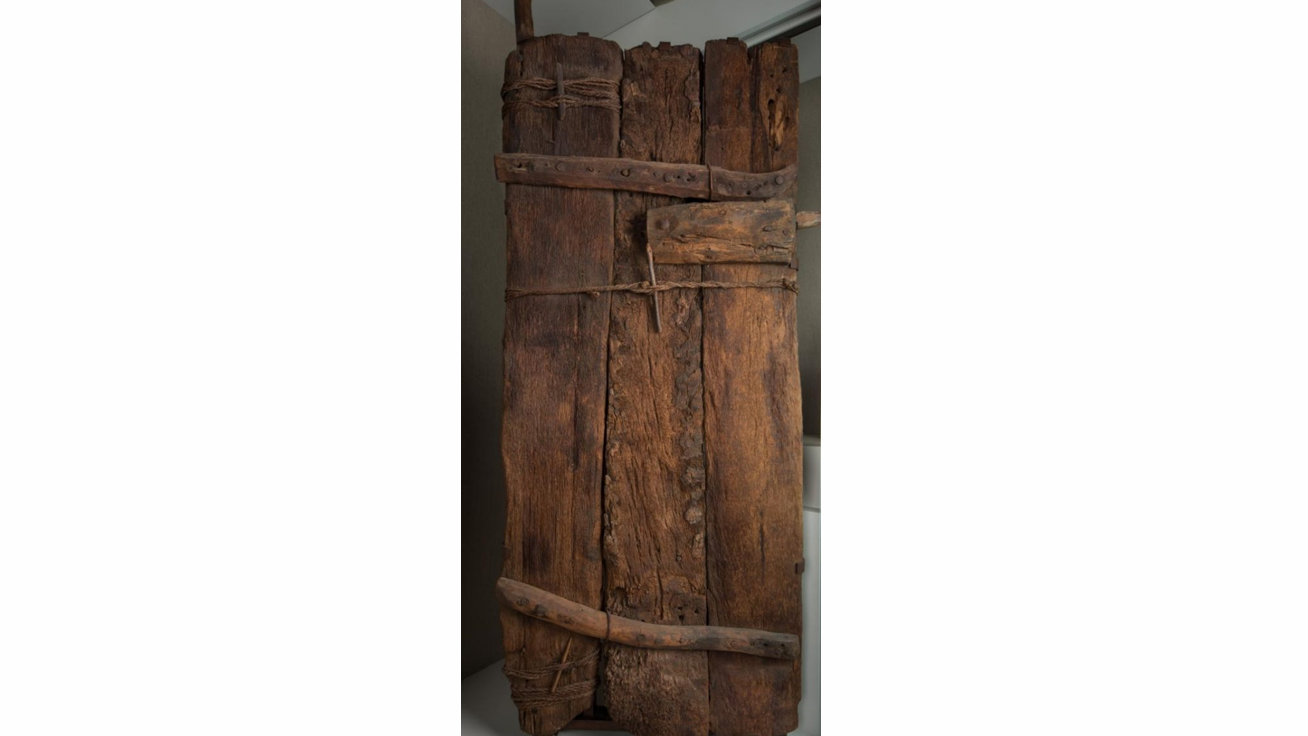 "This ostrakon contains a simple receipt for the transportation of one donkey-load of grain to the Karanis granary, including the names of the people involved in the transaction," writes Elizabeth Nabney, classical studies student. 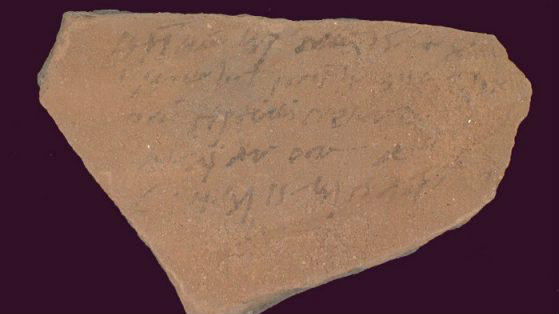 "Seeing the two distinct marks above this Augustus' right eye, I like to imagine an excavator, striking what they think is an ordinary stone after a day in the hot sun," writes J. Troy Samuels, IPCAA Ph.D. candidate. 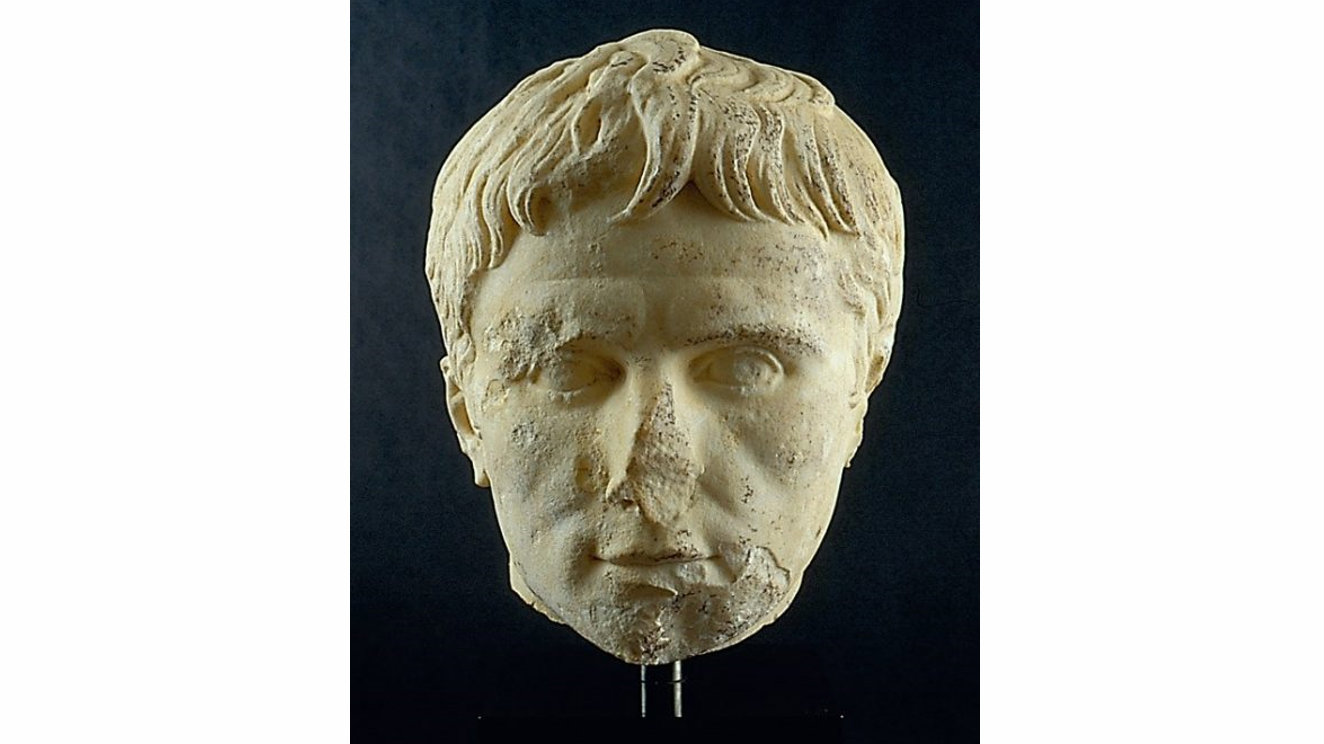 Made of bone, the dice date back to the Roman Period in Sepphoris, Palestine. They were uncovered during University of Michigan excavations in 1931.

"They remind me of all of the little things like hair ties, socks, and pencils I lose all the time in my day-to-day life. I've often wondered where they end up and if some day, centuries from now, someone will find something I've lost and put it in a museum," writes Maggie Johnson, history, international studies, and Spanish major. 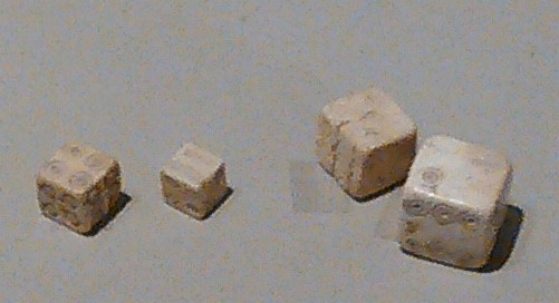