Secret Egypt –
Unravelling Truth From Myth
17 October 2015- 10 April 2016
Ever wondered how the pyramids were built or how mummification worked? Visitors to Weston Park are set to find out this October as the museum opens the doors to a new blockbuster exhibition exploding the mysteries of Ancient Egypt. Secret Egypt – Unravelling Truth From Myth will explore evidence of objects spanning 4000 years to unearth the truth buried beneath popular myths surrounding one of the world’s greatest ancient civilisations. 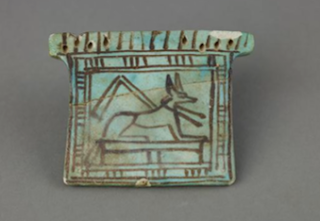 Pectoral - fiance plaque depicting Anubis (copyright Birmingham Museums Trust)
From Agatha Christie to Indiana Jones, Egypt has been the inspiration for numerous books, films and TV shows. But how much of this is true? Bringing together over 150 objects drawn from Birmingham Museums' significant ancient Egyptian collection with items from Sheffield’s own collections, Secret Egypt will set visitors on an investigative journey to find the facts behind the fiction. 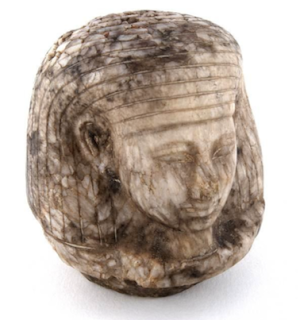 Canopic jar lid in form of Imsety (1069-664 BC) (Museums Sheffield)
The exhibition comprises six thought-provoking sections, each bringing together a wealth of archaeological evidence to dispel a modern misconception about ancient Egypt. Beware the mummy's curse! exposes the sensationalism behind the gory and gruesome idea that bandaged mummies would rise from the dead, Were the Egyptians obsessed with death? uncovers the real reasons behind the elaborate tombs and coffins, while Did aliens build the pyramids? reveals the archaeological evidence which put pay to the more fantastic explanations for ancient Egyptian civilisation.
Objects on display will include the mummy and coffin of Namenkhetamun dating from around 600 BC. Visitors will also discover amulets, shabtis, and canopic jars illustrating what a burial chamber would have been like in Ancient Egypt and find out more about the elaborate tombs and coffins the Egyptian’s created.  The exhibition also tells the story of the fall of ancient Egypt, as well as celebrating the legacy it has left in our society some 2000 years later, 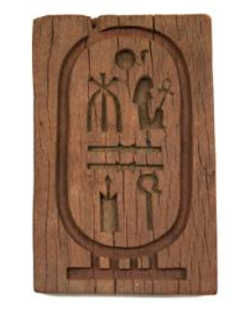 Wooden plaque Ramesses III (copyright Birmingham Museum and Art Gallery)
Lucy Cooper, Exhibition & Display Curator at Museums Sheffield, said:
‘We’re delighted to be working with Herbert Touring and Birmingham Museums Trust to share this fantastic myth-busting exhibition with visitors to Weston Park. Ancient Egypt has been the inspiration for some of our best-loved fiction, but we can’t wait to reveal the real story of this remarkable civilisation.’
Secret Egypt: Unravelling Truth From Myth opens at Weston Park on Saturday 17 October 2015 and continues until 10 April 2016 – entry to the exhibition is free.
A touring exhibition from the Herbert Art Gallery & Museum, Coventry, loaned by Birmingham Museums Trust on behalf of Birmingham City Council. 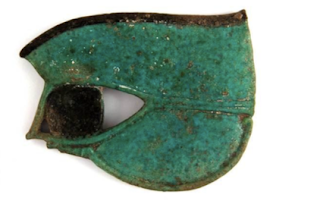 My thanks to Amy Farry (Communications Officer), Weston Park for the above information.